Added a retrospective, eccentric-but-illuminating, review of Shine on Brightly ('the mood like on board a Roman boat') from Zabadak (thanks again, Sam).

Added pictures to several past instalments of Yan Friis's Mammoth Task feature, thanks to his tireless work: have a browse.

Added somewhat to the Procol Harum covers page: please search for Paul Jones's Homburg (thanks, Pierangelo) and for the death-metal version of AWSoP by Doro (thanks, Sam), where you will find a tiny interview about drinking the bath-water of sixteen vestal virgins ...

And while we're on that very subject, you should revisit the Redhill anniversary page, to find Leonard Boehm's entry ...

Added a page recording some of the most delightful, illuminating or oblique remarks made by Gary Brooker while introducing Procol Harum songs in concert. By strange coincidence an identical thread has recently started up on the mail-list! We would really welcome some further contributions to this feature.

The Mammoth Task: Procol Harum news in its chart context, kindly extracted for BtP from the New Musical Express of 31 years ago today by Yan Friis: a new single is announced with the working title, Homburg Hat; PH 'decide to prolong their UK inactivity', while AWSoP peaks on the Billboard chart.

Jeff Gold from California: your entry in the fans' list had a flaw: please re-enter it.

July 28: a bumper night at 'Beyond the Pale'

As advertised in Village Voice in NYC, The Matthew Fisher Band will appear at a place called the Elbow Room tonight. Is this 'our' Matthew Fisher?

Added a lot of new entries for the pages cataloguing non-Procol activities of Matthew Fisher and of BJ Wilson (thanks, Frans S)

Although it has been available as an import for some time, today is the official US release date for Westside's Procol Harum ... Plus CD. 'BtP' has had another look at this re-issue and answers the question: should you buy it?

Added an up-beat, passionate Robin Trower cover-story from Circus Raves 1975. It's mostly about his flourishing solo-career, but it does refer to the post-Barricades split and to Matthew Fisher's great pair of ears (thanks, Joan)

As requested, the March edition of the mail-list archives has been divided into two sections. I hope this will help it to load.

Added some new information about PH covers: two Wrecks of the Hesperus and the Jan Akkerman A Salty Dog among others (thanks, Bas and co.)

Added the March Archive for the Procol Harum mail-list.

Added an account of 'the Nureyev of Rock' playing the 1992 Utrecht concert from which two live tracks were released in 1995; Mark Brzezicki on superb form by the sound of it! (thanks, Bas Möllenkramer)

Added some information to our page about Keith Reid's other No 1 (thanks, Sam)

Added brief news about Gary Brooker on DVD (thanks, Marvin)

Added a review of Procol Harum on a bill with Steppenwolf and Jefferson Airplane at the Westbury Music Fair, three years ago today (thanks Pawel and Mirek)

The Whalers' CD Project now has a working title and a revised deadline: several revisions to this page (thanks Charly)

Joan May advises us that the newly-available Dewar / Fisher album may be ordered from Peter Purnell at CeeDee Mail. Full details at the foot of this page.

The Mammoth Task: Procol Harum news in its chart context, kindly extracted for BtP from the New Musical Express of 31 years ago today by Yan Friis: 'Our fans may rest assured that we shall work extensively throughout the autumn,' says Keith, who 'owns the group'. Royer and Harrison protest at their summary sacking.

Added the (quite surprising!) results of Ian Chippett's Top Thirty Poll, carried out over the last two weeks by 'listies' who frequent the Procol Harum message-list (thanks, Ian!)

Thanks for all the positive reactions to our recent pieces about PH's Cheshire Cat, Geoff Whitehorn. Added a page of information that we had requested from BtP visitors, all about that first Whitehorn album – many thanks to Procol historian Frans Steensma.

Also added some biographical detail to our page for Gottfried von Weissenhorn, as the Whalers like to call him (thanks again, Frans)

Added a near-contemporary review of The Prodigal Stranger based on one playing, with a seven-years-on endorsement. (thanks, John McIntyre)

Added a link to a review of the Joe Cocker + BJ Wilson CD (thanks, Joan)

And we suggest you re-enter yesterday's Redhill first-anniversary feature, as it has been expanded  (thanks, Diane)

We have just added our 150th online PH fan to the register: to add yourself, click here

Can it be a whole year since Shine On's fantastic 30th Anniversary Procol Harum party at Redhill?

Added Roland Clare's interview with Geoff Whitehorn, undoubtedly the sorriest man in the world not to have been at the Harlequin a year ago tomorrow. Read about Procol's hilarious rehearsals, life on the road with Matthew, the full Niagara story, 'Mr Pentatonic' Trower, the 'bucket-and-spade tour' ... GW's an expansive talker! (thanks, Geoff)

Added reviews of 24 excellent Geoff Whitehorn tracks on his solo albums Geoff Who? and Big in Gravesend

Added a little Brooker snippet to our No More Fear of Flying page (thanks, Mike Lee)

Further to yesterday's item, added a supplementary account of drummer Bill Eyden's part in the making of A Whiter Shade of Pale: read the Pete Best club (thanks, Joan)

Have a look at the Procol Harum compilations page. A new compilation added, and some of the existing pages have been improved by adding cover pictures.

It might be known that Matthew Fisher once produced a solo album for Trower Band singer James Dewar. The album was never released, until now (Thanks Judith Fisher and Matthew Fisher)

Added another twenty names and e-mail addresses to our fans' register, which now details over 140 hard-core PH followers; this is in addition to the 150+ casual daily visitors we get, and the numerous regular visitors who have not yet added their particulars. Click here if you'd like to be added to the list, which might help persuade GB that the band's following isn't just 'the same fifteen people over and over again' as he whimsically suggests. The list contains inhabitants from Argentina, Australia (5), Brazil, Canada (3), Denmark (8), England (11), France (2), Germany (9), Greece (2), Holland (5), Indonesia, Israel, Italy, Norway (7), Peru, Poland (2), Portugal, Russia, South Africa, Sweden (8), Switzerland (3), Scotland, Uruguay, USA (65), and Venezuela 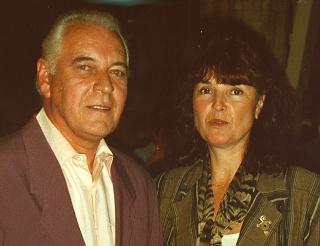 Congratulations on their thirtieth wedding-anniversary to Gary and Franky Brooker, and also, by coincidence, to Diane and John Rolph of Shine On, who were married on the same day!

With wedding anniversaries in mind, we add a feature about AWSoP as a life-landmark. We hope this will provoke some further memoirs from other 'Palers' (thanks, Leslie Driscoll)

'Added' a set-list from the PH Academy of Music concert in San Francisco, 1991 (thanks to Joan May for pointing out that we've actually already added this one a while back!)

Added a link to Shane Faubert's perceptive Harum history at amazon.com (thanks, Joan)

Added a review of, and advertisment for, the film Separation, to whose sound-track Procol Harum and Matthew Fisher contributed music, the latter individually-uncredited) (many thanks to John Overall for this recondite clipping, and for photo-enhancement)

Please send a list of your top ten PH tracks to the mail-list, where Ian Chippett and great numbers of subscribers are conducting a mighty survey!

Added news of GB on video (thanks, Jim)

Added an update on the Whalers' home-grown CD project: the deadline is some eight weeks away! (thanks, Mirek)

Added a snippet on Matthew Fisher, from Robin Trower (thanks, Joan)

Expanded last week's dose of Procol Harum news from NME, to include a long and intriguing Keith Reid interview: 'I could tell [Matthew Fisher] was right for Procol Harum just by talking to him. I hadn't even heard him play'; Bobby Harrison is 'really having fun'; Ray Royer: 'we went to a lot of trouble to sort out the right person'; and, characteristically, of Procol Harum, 'We are as we are. It is the public's prerogative to accept or reject us.'

The Mammoth Task: Procol Harum news in its chart context, kindly extracted for BtP from the New Musical Express of 31 years ago today by Yan Friis: Brooker ordered to rest, AWSoP still at No 1.

'Is it on, Tommy?' In 1992 – 93 Chris Thomas was interviewed for BBC Radio One's series, The Producers: Sam Cameron kindly transcribed the Procoloid passages for 'Beyond the Pale'

Added an account of BJ Wilson on live CD with Joe Cocker (thanks, Joan)

Added a page relating to an online auction in which, from time to time, Procolabilia turn up (thanks, Ron)

Q. How long was it between the festivals at Woodstock and at Atlanta?

A. Long enough for the meaning of 'take care of' to shift from 'affectionately protect' to 'dash out teeth with a bit of 2 by 4' ...

This remarkable article from Zygote tells of a despondent Harum amidst desperate backstage scenes at Atlanta: nicely illustrated, it shows Keith's passive demeanour; it appraises Chris Copping in relation to Matthew Fisher; it justly praises BJ – a gloomy must-read (thanks, Doug Callowhill)

From the stage angle it all sounds like a disaster ... so restore yourself by re-reading an account of the same gig from a fan's point of view.

Added some more Swiss photographs from François Courvoisier: they show Gary being interviewed, and scenes before and after the performance of his Le Bourdon des Alpes.

Reminder: Gary's new piece can be heard again at a public concert at 7 pm on 5 July in the Hall at Charterhouse School, Surrey, UK. He will also be playing in the orchestra for some Mozart. Tickets are a modest 10 pounds: to book, telephone (0)1483 429543. More details here. Can someone review this for BtP? If so please mail us.

The Mammoth Task: Procol Harum news in its chart context, kindly extracted for BtP from the New Musical Express of 31 years ago today by Yan Friis: PH sacking their manager, and a confident Keith Reid.