Whilst you play the piano-grand ...

Also with Albert Lee, and Eric Clapton, at the farewell show for Chas Hodges

1997 A Huge Slice of England: the second 'Within Our House' concert, at Aldershot

1970s: Hermann Braunschmidt's account; the same author on the Early Nineties; the 1993 tour 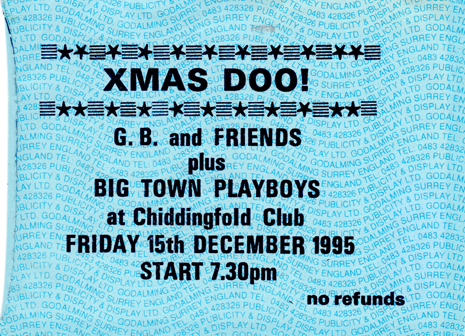 2004 The closing-down gig of the Guildford Civic Hall

2013 Gary Brooker and friends, in France

Review of the Prince's Trust video

1988 Very early Shoes appearance at The Half Moon, Putney 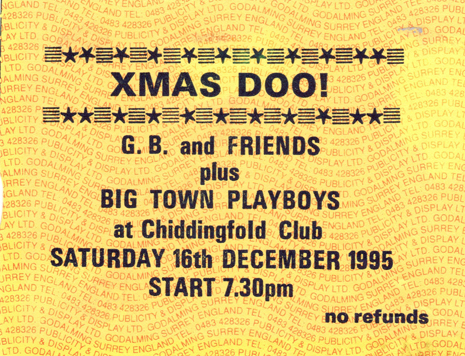 2000 The Shoes' Millennium Concert : lots of pictures, still and moving!

2003 No Stiletto Shoes at Southend: here and here, and setlist here; Jens's pictures of Chiddingfold here

2004 No Stiletto Shoes, Chiddingfold: a suite of pages

2005 No Stiletto Shoes (with alternate line-up) in India

1997 At London's The Forum: mentions Gary Brooker but not Graham Broad on drums!

2004 Charity gig with Clapton, Zombies, Peter Green and many others

Gary Brooker on DVD with The Drifters

Please mail us with more contributions for this page