It's not like we're a dope and sex group

Anthony Rowat writes to BtP
This Procol Harum interview with the immortal title "It's not like we're a dope and sex group" comes from the June 1972 issue of a magazine called Hit Parader. This is the very first anything I saw on Procol, and when I saw the album, I bought it unheard.

I love these pictures: note that the orchestra picture is a different one than that recently published on the tribute page to BJ Wilson at
Classic Rock Pages 'Rock and Roll Heaven', as the choir are sitting in this one, and everyone else including the band is in a slightly different position. Dave is playing a Fender Telecaster, I believe (which is the only picture of him with this guitar, I think) and BJ is in his short-hair phase.

All the portraits of the band are really good, I think, and you'll notice that Bruce Meek used all of them save Barrie's as the basis for his portraits on the Edmonton back cover. I adore Keith gloomily sitting behind Gary. This article may also contain the only reference Keith makes about his stage career with Procol.

Back in 1969 Procol Harum worked with the Stratford Festival Orchestra in Ontario, Canada - a fusion of the worlds of rock and classical music. Last year they went back again to Canada - this time for a full scale concert with the Edmonton Symphony Orchestra. The whole concert was recorded. Above [sic] is Procol, backed by the full might of the ESO and a 24 strong choir.

Hit Parader
Why did Robin leave and why did you decide to add two members?

Chris Copping
Well, Robin wanted to form his own group. Before that I had been playing both organ and bass and found that taxing. We decided that I should restrict myself to one instrument, so I chose the organ. Alan Cartwright was brought in to play bass and David Ball the guitar to replace Robin.

At one point I heard that Matthew Fisher was going to rejoin the group?

Keith Reid
It came to a head for a couple of days, but he just wanted to do this one tour with us, and we thought that ridiculous as we were looking for a more permanent lineup.

What were the circumstances under which Matthew and David Knights left before?

KR
We said to Matthew that we were fed up with him not being committed to the group, his same attitude prevented him from really rejoining the band. So he announced that he was leaving. We didn't really want to get another organist to replace him.

Gary Brooker
Listening to the records I haven't any complaints about what David did. I don't know how much better it would have been if Chris had played the bass. David wasn't very good at improvisation and we always told him what to play on the bass, almost note for note. On some of the older songs bass notes were very important as to what chord was being played. If he heard a G chord that's what he'd play, but it might be important for him to have played a B. Things like that I had to tell him. (see here too) 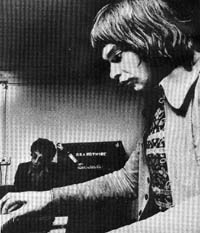 CC
On the piano and organ there are bass notes, so it's vital that you are aware of what's happening so it will fit, instead of wildly blowing away.

You've also had troubles with your managers.

KR
When we came to the eleventh hour and our record was going to be released, the first one, we felt we needed a manager. Somebody recommended one chap, but after a few days we found that he couldn't cope with a successful record. We got another manager, but he wasn't able to cope with us either. Then we had some American managers which was alright [sic] as long as we wanted to base ourselves in America, but that wasn't possible either. Because of the changes of management, we were involved in many court cases.

How about your producers, you had Denny Cordell, then you produced yourselves, and now Chris Thomas is producing you?

KR
That first album that we made is totally diabolical (but see here). It wasn't even made in stereo. On the second, Shine on Brightly, Tony Visconti, who co-produced the album, did a lot. But after the album's release we wanted to go into the studio again and record. We had a meeting with Denny and he didn't want us to put out another LP.

GB
And we were dissatisfied with that album's production. There were many instruments recorded that you couldn't hear. 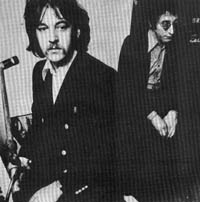 KR
On that album we were conscious of how good we could sound on record. We produced A Salty Dog ourselves because Matthew really wanted to do it - he was responsible for the production of the album and the mix. After he left, he tried producing us on a couple of things, but it didn't work out. It's very hard for a group to produce themselves successfully, so we looked for another producer.

GB
We purposely did it with Chris. We had offers from a lot of name producers, and although Chris had some experience, he hadn't done all that much. The band was changing personnel, so we thought he could learn and create with us. We're very satisfied with what he's done.

GB
I went to a piano teacher who taught me to play the songs I liked at the time, like Deep Purple. He would just write it out and I'd learn it. His method of teaching helped me, because instead of starting off with scales and like that, he taught me chords. So I was almost able to play the piano straight away. I always liked American records, never English. I started singing when our lead singer with the group I was with, The Paramounts, left. We backed up Sandie Shaw, but only on about three tours. We just did it to earn some money. In England it's very hard to be in a band because there are about one hundred groups for every job. I used to play electric piano then. I used it on a couple of songs on Broken Barricades. 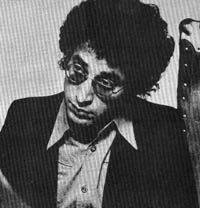 I also heard that Keith played organ somewhere in the past.

KR
Around the time when we were rehearsing for songs on Home, Chris was playing bass. I can read notes and Gary wrote a part for me to play on Piggy Pig Pig and I also played a few chords on About To Die. We also did one concert and I played the organ on those two songs. We didn't do those again so my career was over. I started the piano as a lad, then I went to music college for a while, then I dropped out. Actually it was due to the kind of life I was leading. I can read a part if Gary writes it out, and I got a sense of rhythm, but that's quite different from being a part of a group and being able to improvise. I never thought of composing music.

What image do you think you have? 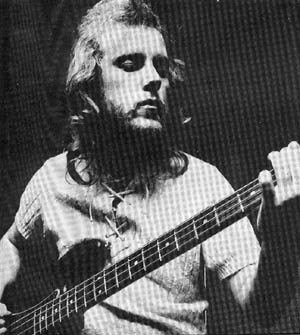 KR (presumably: answers unattributed henceforward)
People think that we're really bitter - bitter about not being as big as Led Zeppelin, or bitter about our court cases, or never making any money. That comes mostly from the press. We don't propagate an image by the music we create. Each album has always been different, it's not like we're a dope and sex group.

GB
Fans see us as a very close personal type of thing. They relate to us, they feel they know us as people. We're not something temporary like a weekly chart breaker.

Keith, is it true that you write when you're "unhappy and troubled"?

KR (presumably)
Well, yeah, that sounds sort of romantic. When people are content, they're somewhat happy with themselves. You find that people who write do so as an emotional release. The things that I write about are truthful - I don't adopt a specific attitude. It's what life is. I don't write in a down feeling.

Do you make any conscious attempts to be obscure?

KR (presumably)
No. If someone says that he can't understand a song, I can't explain it to him. I think the words are pretty straightforward. If you're trying to be obscure a song would be meaningless, rubbish. My intentions are to communicate, not to mystify. I don't do anything deliberately.

Love ballads being very commercial, it's a wonder that you haven't written more of those to achieve more success, like a hit single. 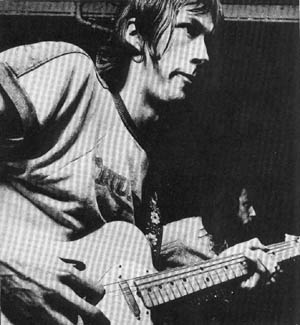 KR (presumably)
I've written a few love ballads - there must be one on every album. We're not trying to write Love Story.

What about the death concept of Home?

KR (presumably)
People seem to think that we sit down and think of a concept - like we do a sea album, or a death album, or an obscene album. The thing is, if you're creating something you have a pattern to it. For some reason at the end of making A Salty Dog we noticed that there were a lot of things about the sea in it.

You didn't notice that while you were doing it?

KR (presumably)
No, I didn't think of one song while writing another. 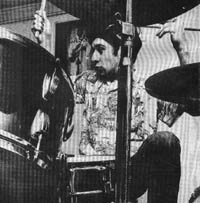 On Home were you conscious of the death theme?

KR (presumably)
Not conscious of it in writing it. I didn't feel that about it. You're only made conscious because of people's reactions to it. To me they're just individual songs - just part of all the songs we've done.

Because of the consistent sombre mood of your writings, I feel like asking, are you basically a happy person?

Have you made any conscious attempts to change your life style in an attempt to find happiness?

Thanks, Marvin for the typewriter torment

An expanded version of this article, not in interview form