In about thirty minutes Derek will collect us to drive down to the Jubilee Auditorium, where a capacity audience of 3,000 is waiting with 52 musicians, 24 singers and a regiment of sound, recording, lightning, stage and special effects people.

To say our one and a half days of recording [did GB mean 'rehearsing'?] had gone smoothly would not be true, and so an excited nervousness is present instead of confidence. The previous experience of the group (at Stratford, Ontario 1969) has shown us that symphony musicians tend to save their best until the performance. This is what we base our hopes on at this late hour.

We found time to try our quadraphonic effects tapes this afternoon; that explosion should shake the foundations. Keith tells me the seagulls sound like they're circling above your head when you're out there.

The amplified choir should be coming from both the stage and the back of the theatre to surround the audience with their sound. They do know what they're doing and their enthusiasm has become contagious. We've left Chris and Wally to take care of the recording, nobody is more capable. ("For what they are about to record, may the Lord be truly helpful.")

Tonight, the opportunity is there for us to play together with the instruments and voices we feel at home with and I know that we and everybody else will be at our best. G.B.

Recorded but not issued: Shine on Brightly, Simple Sister, Repent Walpurgis; issued on a B side only: Luskus Delph 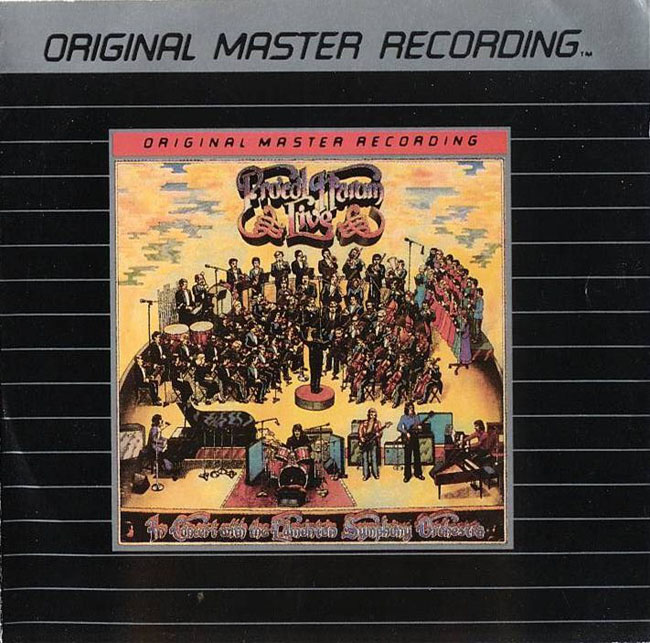 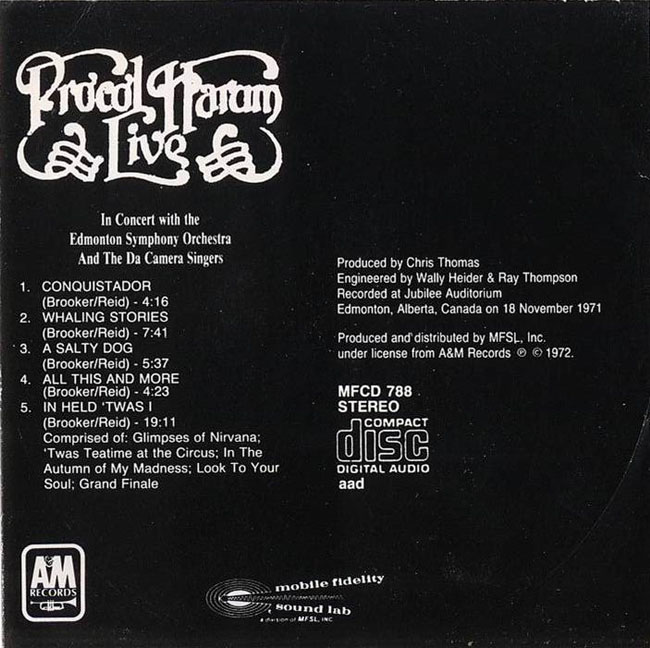 'I'm not sure when Mobile Fidelity released this version (above),' writes Per Wadd Hermansen. 'A six-page folded booklet with the standard information on the inside. No Luskus Delph.'