Part of the magic of Procol Harum’s legendary concert DVD, Live at the Union Chapel, derives from its setting in a church building, where the stately architecture creates such an appropriate backdrop for the distinctive gravitas of the band’s music.

Fans will remember other significant Brooker performances in ecclesiastical settings: his fourth solo album, Within Our House, recorded live in a tiny church near his Surrey home; and related concerts in Aldershot (1997), Guildford Cathedral (2005) and Chelmsford Cathedral (2006). Gary’s voice creates a uniquely soulful spell in stone-built settings, and the harmonic language of his compositions – in particular the ballads – seems a natural companion to the choral and organ repertoire that has filled these English churches for generations. He's played church gigs in Europe too, Santa Maria la Nova in Naples (2005) being a prime example; and 'Beyond the Pale' memorably presented the whole of Procol Harum in London's St John's Smith Square (2007). 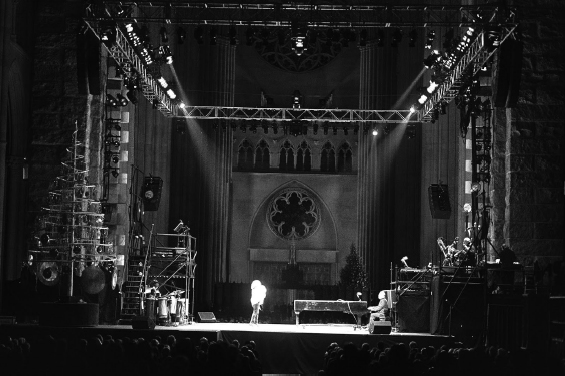 Gary’s many American fans – so distant from such transAtlantic recitals – can now look forward to an extraordinary treat this December. The Commander’s inimitably stirring voice will fill Manhattan’s Cathedral of St John the Divine (click here for location) – the largest Gothic cathedral in the world – for four spectacular celebrations of the Winter Solstice.

Gary’s invitation to grace this marvellous rite (a festival of great antiquity that marks the longest night, and the world’s renewed journey from darkness into light) goes back to the very early 1970s, and involves an intriguing chain of characters including Bill Graham, John Lennon and Sir George Martin. But it starts with saxophonist and bandleader Paul Winter – his seasonal surname simply coincidence – who, as well as being Artist in Residence at the ‘Green Cathedral’ (a position he’s held since 1980), was also the leading light of the Winter Consort which shared an eclectic bill with Procol Harum at the Fillmore East in April 1971.

NY photographer and rock writer Bert Saraco writes, ‘I was at the Fillmore show with Procol Harum and the Winter Consort, who were wonderful: I don't think anyone there will ever forget the vocals of David Darling, who played ’cello in the group.’

Paul Winter himself remembers it as ‘… our second foray into the realm of rock, the first having been on my thirtieth birthday (31 August 1969) at the Fillmore West. Bill Graham invited us perhaps as a kind of oddball curiosity – an all-acoustic group with 'cello and oboe and classical guitar (with sax, bass and percussion). But I was a great fan of Procol, the only rock band I liked besides the Beatles. As a life-long connoisseur of soulful 'horns', the wedding of Gary's bluesy voice with those Bachian changes embodies my favourite aesthetic combination, the earthy and the sublime.’

Winter was introduced by his then manager Bennett Glotzer [Procoholics know that name from the small print on the Salty Dog album] to The Beatles' producer George Martin, and during a London visit that led to Martin producing the Winter Consort’s most famous album (1971’s Icarus), Paul rang Gary and spent time consolidating his friendship with him and Franky Brooker at their home in Surrey.

But back to Icarus. ‘George Martin seemed intrigued with our instrumentation, especially since the oboe had been his instrument. Bennett rented a beach house at Marblehead for George and family, and another in which we set up the living room for recording: we called it ‘Seaweed Studio’ and had an idyllic three weeks there with George. Mornings on the beach, then 2 pm until 10-ish recording: it was a schedule that left me resolved to never go into a commercial studio again.’ And in his 1979 autobiography All You Need is Ears, Martin refers to Icarus as 'the finest record I have ever made'.

Paul met George Martin again in 1995 when he and Gary came to London to hear the seven-time Grammy-winning Paul Winter Consort play at St James's Piccadilly, and following Martin’s death Paul noted that ‘… from him we learned how to use the studio as a creative context, not just a place to document what you did live.’ Paul resolved to pay tribute to Martin’s inspirational mentorship in 2016’s Winter Solstice Celebration, given that Icarus is the Consort’s best-known album. ‘And I felt it would be great if Gary Brooker could be our featured special guest, given that he’d been produced by George (who also commissioned the 'Keyboards' chapter in his Making Music book from Gary), and given that our contact with Procol happened in the Icarus period. He will be our first featured artist representing the rock realm.’ 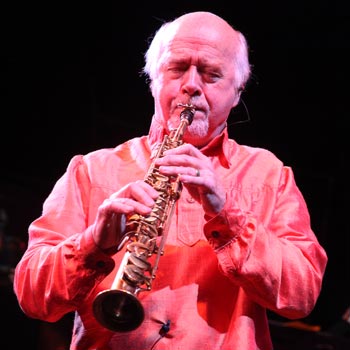 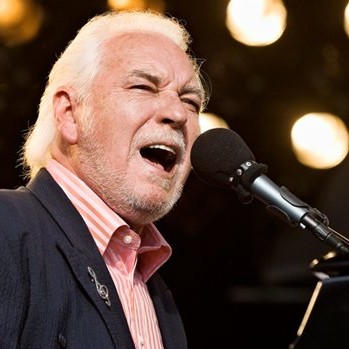 BtP can’t divulge what’s in store for December, but a little bird has intimated that Gary will be singing with Paul’s ensemble, and also taking the lead in various classic Brooker/Procol songs, and in some intriguing surprises. The Cathedral’s monumental resonance – its seven-second echo in particular – strongly effects performers as well as on listeners: so fans should expect to hear items from the more reflective end of the Procol spectrum.

The music and dance will be staged ‘in the square’, surrounded by risers for ’cello, bass, keyboards, woodwinds, and percussion from Brazil, West Africa and Bali. The rigging of this 1,800-seater show is a mammoth task indeed. Clips here and here give a taste of some of the spectacle’s symbolism: the Solstice Tree hung with bells, gongs and chimes, the mighty cathedral organ marking the Sun Gong’s twelve-storey rise into the heavens of the nave (note some extreme J. Arthur Ranking from a vertiginous bosun’s chair) ready to shed its symbolic radiance on a giant Earth suspended in the cosmic vastness. 'Of all the places I've played in America,' Winter says, 'only two could host a concert on this scale: the Cathedral, and the Grand Canyon.'

Each December since 1980 (when In My Life was played for John Lennon, murdered only days before) these thrilling solsticial performances have brought together world music performers from Brazil, Russia, Zimbabwe, Ireland, Spain, Tibet, Mali, Puerto Rico, Tunisia, Armenia, and perhaps a dozen other cultures. As well as fulfilling humanity’s innate and perpetual need to gather in celebration of something larger than itself, they dramatise a primeval fear – that spring might not return unless the sun is propitiated by shows of light and warmth – in hopes of rekindling our once-intimate relationship with nature.

Some may be surprised to contemplate such rituals played out in a cathedral. But our Hanukkah and Christmas festivals are descendants of pagan fire-rites, and St John the Divine (‘the green cathedral’) opens its doors to people from every ethnic, religious and cultural background, in a spirit of perpetual welcome. Part of its mission is as a kind of incubator for art, environmental and world peace issues ... a forum addressed by the Archbishop of Canterbury, Buckminster Fuller, the Dalai Lama, Jesse Jackson, Vaclav Havel, Archbishop Desmond Tutu and very many other notable movers and thinkers.

So mark the dates – 15, 16, 17 and 17 December 2016 – in your diary and start planning your Manhattan Cathedral trip! Don’t miss the extraordinary blossoming of a musical seed sown in 1971 at the meeting of two young bandleaders – in the Fillmore's equally iconic setting, under ten miles away – who little imagined they’d be making music together 45 years later, marking the revival of the sun. At a time of foreboding and expectancy (both politically and cosmically!), two of our era’s foremost talents will combine in hopes of leading us ‘through the shadows cast, to a brighter day.’