The Common Thread • a masterful embroidery of songs

Review by Charlie Allison for BtP

I’ve had this CD a week now and played it maybe half a dozen times. The album is unusual in that it has several different voices (some actually quite similar) and many different styles, but it possesses the common thread that the lyrics were all written by Keith Reid. This is an unusual, perhaps unique genre too. Apart from retrospectives or tributes to say Burt Bacharach or Lennon/McCartney, I am struggling to identify an album assembled prospectively with songs written by one lyricist and performed by a variety of artistes.

Those of us who visit this website will have bought it because of the Procol Harum connection, but this is a million miles away from PH. I could liken it to my first exposure to Tumbleweed Connection, though this is not Keith’s first foray into tackling North American subjects. It does however have a consistent thread of time and place over there, and the voices are almost universally American sounding. The music is definitely not Procol, though there are a couple of tracks with organs and definitely one with a cowbell. Some of the drumming appears, shall we say, to be electronic.

But all the tunes and performances are all excellent and extraordinarily varied – more than just one singer or band could have pulled off. Keith has apparently had a big hand in arranging, producing, selecting performers. This is a quality record indeed. 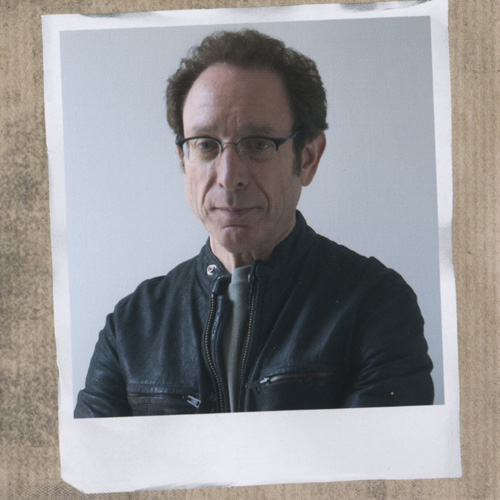 Starting with any new album one first listens to the sound, to the songs as sung. Then later sometimes one looks for the lyrics, especially if they are provided, as here in this sleeve. But because this is Keith Reid I found myself reading the words on first listening – a different approach for me – though I did take this approach with a new Neil Diamond album recently. The lyrics look very good on the printed page and have been expertly set as songs – many paint a convincing picture of time and place, of Americana, of life’s situations, of God and of love (how unlike Procol Harum!).

I am now having a breakout thought for your consideration – had we been given all the Procol Harum words from the start, would the band have been more popular? And would Keith’s skill as a poetic lyric writer have been further appreciated? Would Keith Reid have been Taupin before Taupin? But no, the band chose to be an enigma and we all got a few wrong words for twenty years (until the website corrected us!) Was it just a commercial decision based on not giving out the lyrics for free, or would it have cost more for album artwork – I don’t know. My own opinion is that it would have enhanced the listening experience then and given journalists more to go on in advancing Keith and Gary’s fame and fortune. You may well disagree. Wonder what KR and GB think about this proposition?

Anyway I digress – let's go through the album. Being basically a sloppy person I am not always going to list who the singer is each time (see here, for that). I was however disappointed in turn not to learn who all the musicians were on the tracks – anyone we know, I wonder?

In God’s Shadow
The first and indeed stand-out track. Chunky, great guitar, even in the first verse and chorus. Why do I see and hear Geoff Whitehorn and think of An Old English Dream (which it sounds absolutely nothing like)? Not the last mention of God on this album. Good words.

You’re the Voice
Starts like a track from Prodigal Stranger. The anthemic chorus was familiar – how on earth had I heard this before as I wasn’t aware of John Farnham? This was evidently Chris Thompson’s original.

Heartbreak House
A nice laconic chugger for a more powerful and sadder message of a husband’s death in the service of his country. Again a very American sound, though the sentiment could easily be applied to soldiers here and everywhere, then and now.

A Common Thread
Title track, ‘woven with a common thread’: a bluesy tune with a great organ, another great Yankee voice. A link with the album art – with a thread running through the pages. Like this one a lot.

Potters Field
Folksy and again telling an American story of a remote burial ground. But a sadder, stronger singer. And twin acoustic guitars reminiscent of my recent purchase of High Places, an Oregon guitar record featuring BJ Wilson on drums and percussion, lost for twenty years and just made available.

Venus Exploding
Into Salty Dog or Perpetual Motion territory here – the first track I could hear Gary and Procol Harum doing, but it’s someone like Bob Seger singing. In fact I am getting to believe in my mind’s eye that this is a new Bob Seger album. Sound and production very Prodigal Stranger. 'Geoff Whitehorn' images on obvious short guitar break near the end.

The Only Monkey
Pure 10cc this one, complete with falsettos – from their discordant, less poppy phase, The words could have been 10cc too – ‘the human is a monkey with a diseased brain’ – ‘the only monkey who carries a gun’. Clever sentiments – has no-one thought of this before? I hated it on first listening, now I think it's just fine. The cleverness wins over the discords.

It Might be Your Heart
Ballad time, a love song. 'Stop what you’ve started before its too late ... it might be your heart, your heartbreak'. A million miles from Procol Harum, a plaintive young man with a cry in his voice. I immediately picked up on 'There’s too much between us' as a recurring lyric from saltier doggerel thirty years past. Excellent performance. Might this song also be good for a female voice – none on this album (perhaps another topic for debate?).

Silver Town
From gold fever to silver town – a good album for the mining industry. The greatly underrated Marvin Welsh and Farrar come to mind here – the tune and harmonies. Quite an Irish feel to my ears too – in its drumming and strumming. Another tale of a place – very pleasant.

Ninety-Nine Degrees in the Shade
Again – has no-one done this before? – what a great title and how well Keith evokes a hot, steamy day. Prizes for the tremendous lyric and the perfect delivery by Southside Johnny and his musicians. I should mention there’s a cowbell here too!

Right About Now
Not a rousing finish as expected – raised on Procol Harum, we often get the biggest and best at the end. Starts with strumming like it's going to be Pinball Wizard, but this is a fairly low-key and sad story of the end of a love affair: 'I had to be free’.

This Keith Reid Project all worked very well as a whole – diverse but most credible as a quality album in its own right with the writer as the common thread. I hope it is picked up by the media and enjoys some success. The first track would be an excellent single to trail the album – does the industry do that anymore?

Here it will be played again and not sent to that large personal repository of ignored music.

Criticism? None really – it was all excellent. I did however wish for one track written and performed with Gary Brooker, maybe as a benchmark. But this would perhaps have coloured one’s appreciation of the rest, so I suppose this wish was unattainable.

The Common Thread is an uncommonly good record, far from sew-sew, and indeed is a masterful embroidery of songs. Buy it and listen for yourself. It will not disappoint.