A US Procol fan elucidates

Keith writes (January 2012) from Indiana, in America, to 'Beyond the Pale':

I am a music collector from the US and have been researching BBC releases for various artists.  In my searches I have found some interesting information and photos of Procol Harum releases that you may not be aware of. I offer them as potential updates to your site. The three that I know of or have are from two different radio broadcast series.

The first one is from the US, DIR Productions, King Biscuit Flower Hour syndicated show, of the 21 September 1973 concert at the Hollywood Bowl in Los Angeles, California performed along with the Los Angeles Philharmonic. This was broadcast in the US on 28 October 1973. It was originally distributed in reel-to-reel tape format, along with cues sheets, to subscribing radio stations. The show was subsequently re-released for broadcast around June 1974.

A unique aspect of this release was that while this show was recorded in multi-track sound, for its original radio distribution it was then edited, mixed and mastered in SQ quadraphonic encoded format. While the original multi-track master tapes survive, the mixed, encoded masters were subsequently destroyed in a January 1982 office building fire. They were never remixed and encoded in quad, therefore the only surviving copies are of the original tape reels sent to the radio stations, that have drifted over time into the hands of collectors.

While the 1970s surround-sound format of quadraphonic releases is a commercial relic, some quad equipment still survives in the hands of collectors like myself. So we can still play and experience the original ambience (surround sound) of a music hall venue as recorded and heard by the concert audience.

Below are photos of the cover and spine of a copy of the distributed reel tape box and the Billboard magazine ad promoting the initial 1973 quadraphonic broadcast. This was a 60-minute show including commercials. 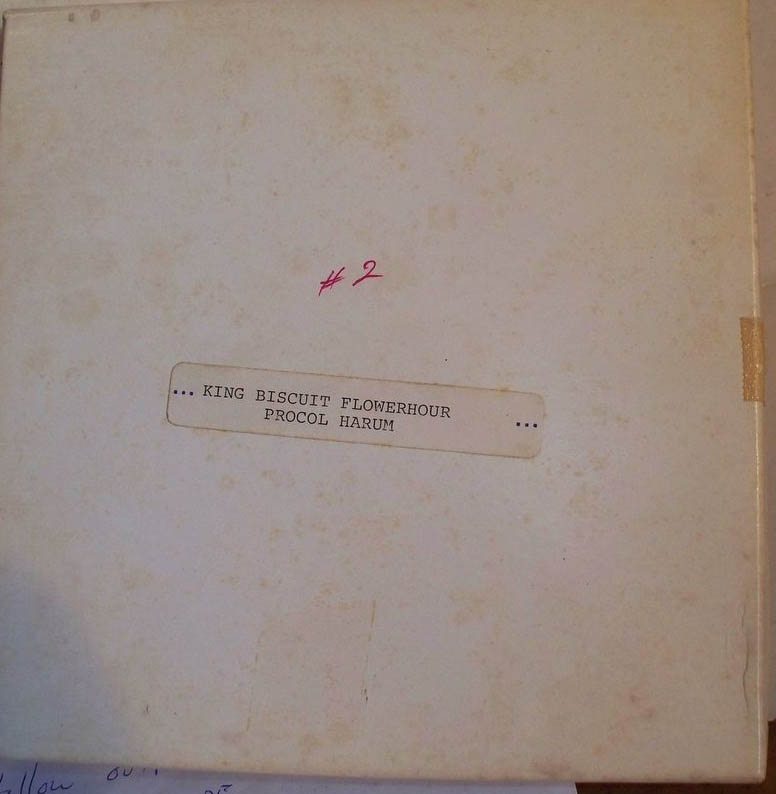 The second and third are from BBC syndicated shows, of the 22 March 1974 concert at the Golders Green Hippodrome, London. I read your article about that show and the preservation/conversion effort that was facilitated by Tab Anderson. Nice job! [see here]. The Stereo Pop Special 66 or Pop Spectacular appears to have been released for UK broadcast in presumably late April 1974, due to the label's stated use expiry date of 31 July 1978. It appears that the usual expiry dates on this series of BBC vinyl releases was roughly four years after the initial broadcast date. Additionally, the original LP version cue sheet lists that it was issued Week 17 of 1974 (ie  the last week of April). 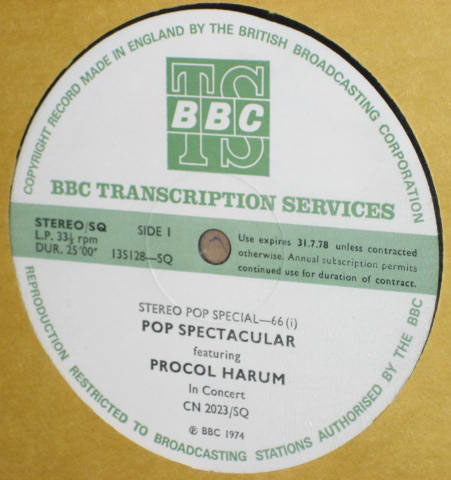 Subsequently the same show was made available in the US on the London Wavelengths, BBC Rock Hour syndicated series, airing 31 December 1978. Here it was distributed as a Best of the BBC Rock Hour show #52 hosted by Brian Matthew (instead of Bob Harris), in reel-to-reel tape format along with cues sheets, to subscribing radio stations. It is not clear whether the tape version is SQ encoded or simply stereo.

Like the King Biscuit recorded show, this show was recorded in multi-track and then originally edited, mixed and mastered in SQ quadraphonic encoded format. Similarly, surviving copies of both the original vinyl discs and the tape reels sent to the radio stations have drifted over time into the hands of collectors. I recently acquired the reel tape version of this show.

Attached are photos of the LP format label, as well as the cover of my copy of the distributed reel tape box and the enclosed cue sheets. Note that the reel tape version cue sheets includes a copy of original SQ vinyl release program description. Both formats are of a 60-minute show including commercials.

I hope that this information and the photos might be of interest and helpful. Feel free to use for your site posting. 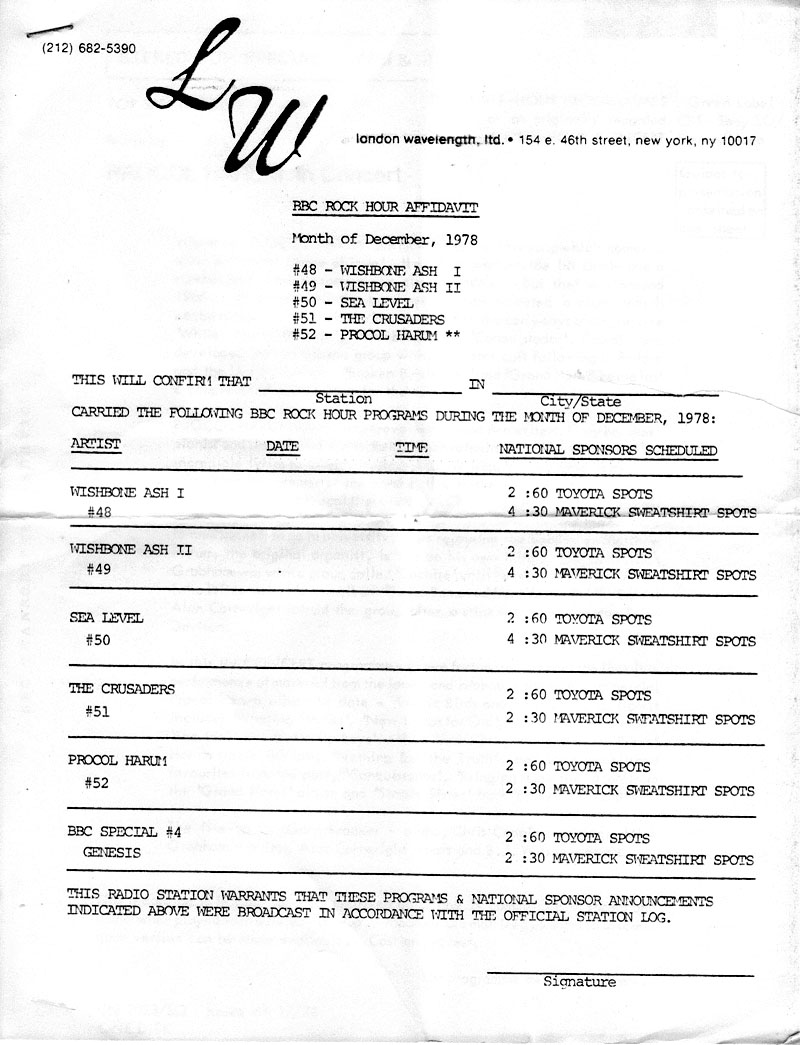 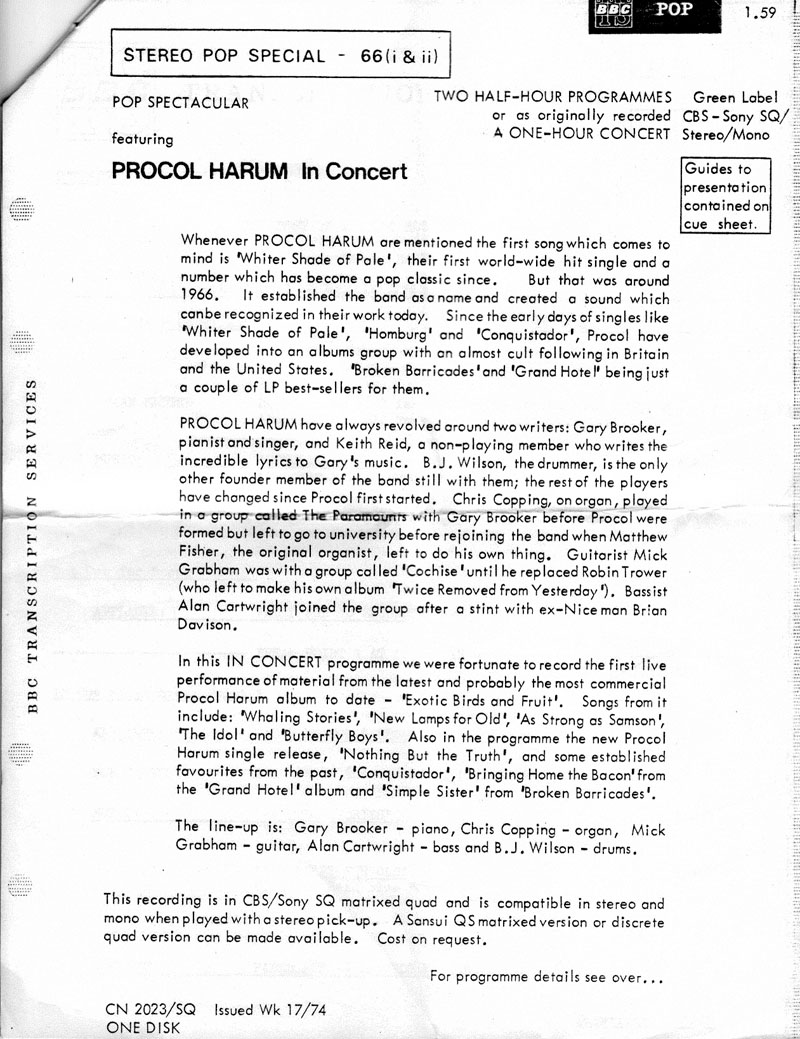 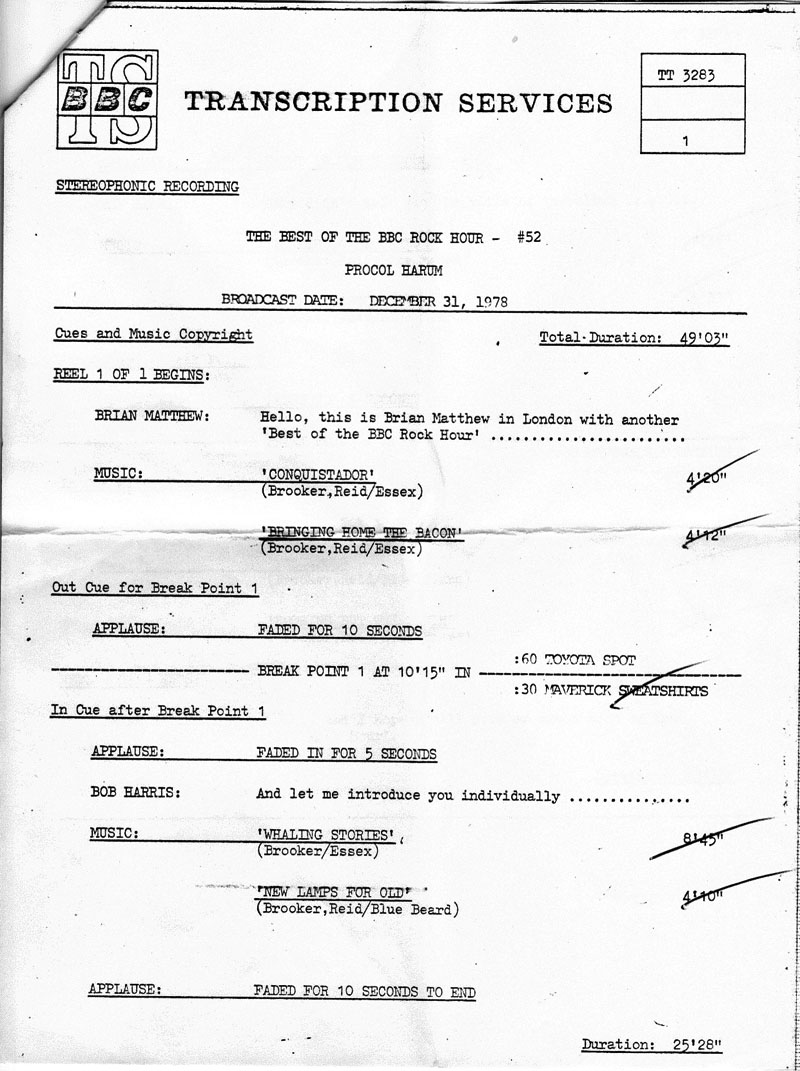 So, who wrote the words for Whaling Stories? 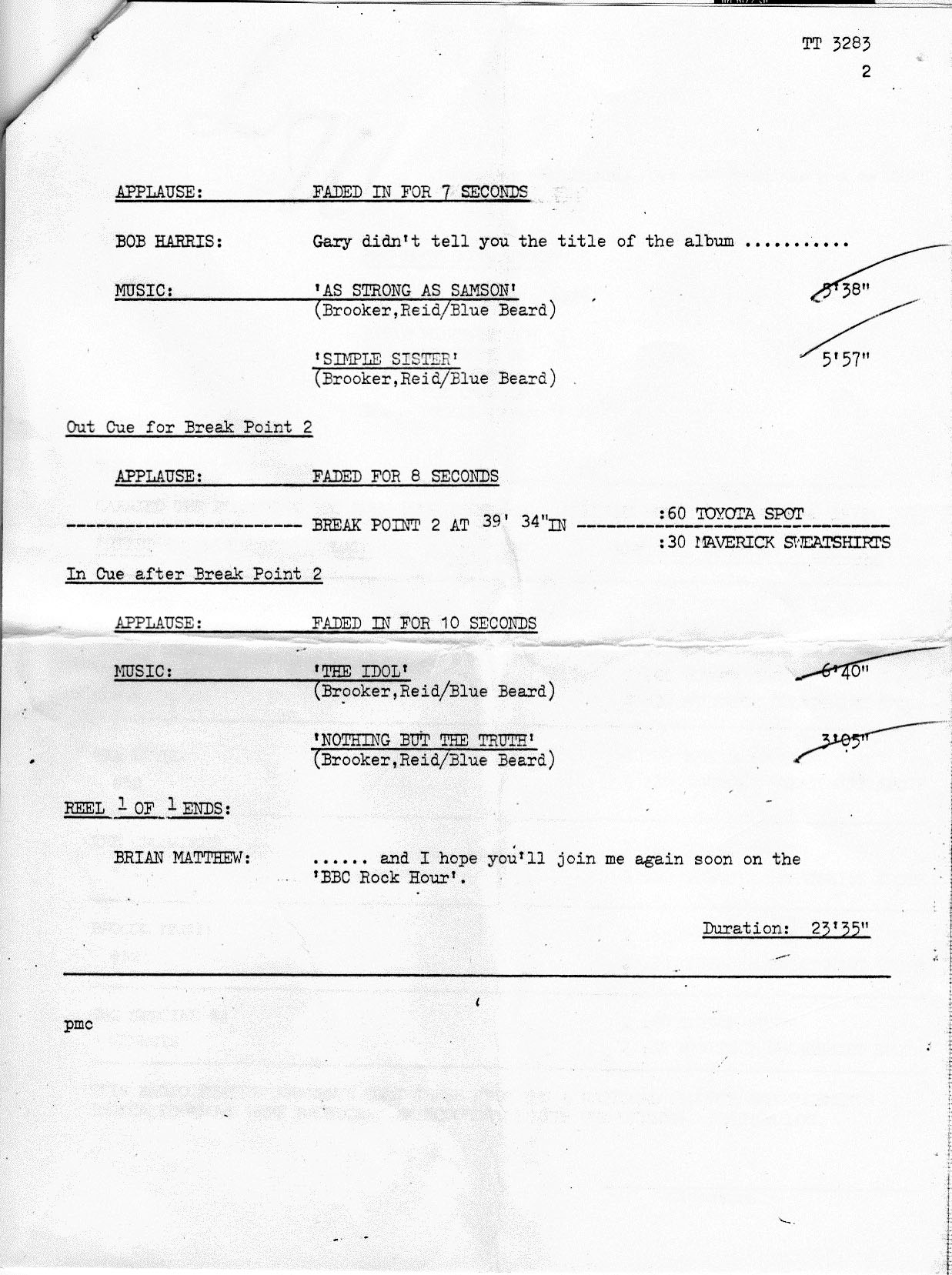 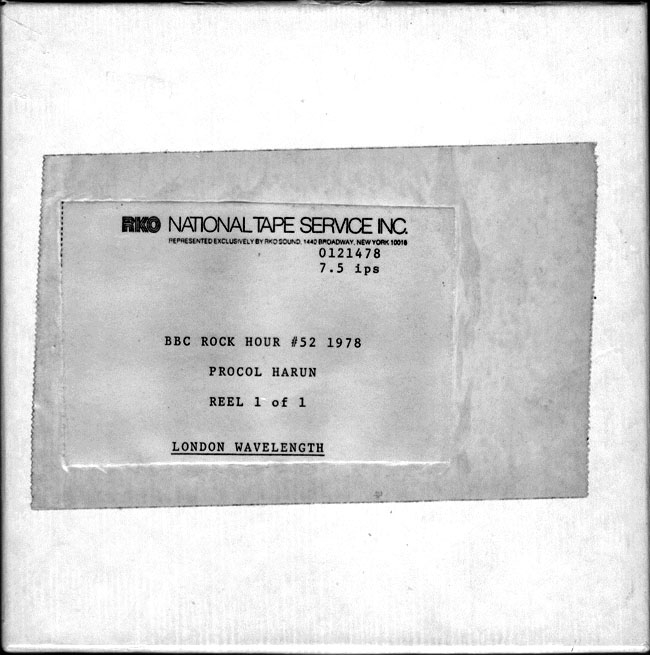 With the obligatory misprint, of course