Pictures from Chris and Anna Frances in Sweden

My wife and I were on holiday in London and, while there, my old friend John Denton asked if we would be interested to catch "the best band I have seen and heard since The Paramounts". 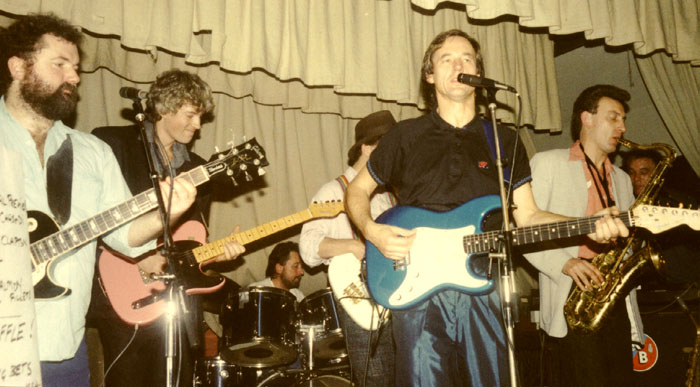 John managed to get two tickets from Gary Brooker so that we could go down to Surrey on this dark and cold Saturday evening by train and 'bus. When we got down to GB's village it was about an hour before the pub opened so it was dark, and not one single person in sight. Finally The Sun Inn (I think it was) opened and we met John Denton and his guitar-playing friend Eddy Gartry. 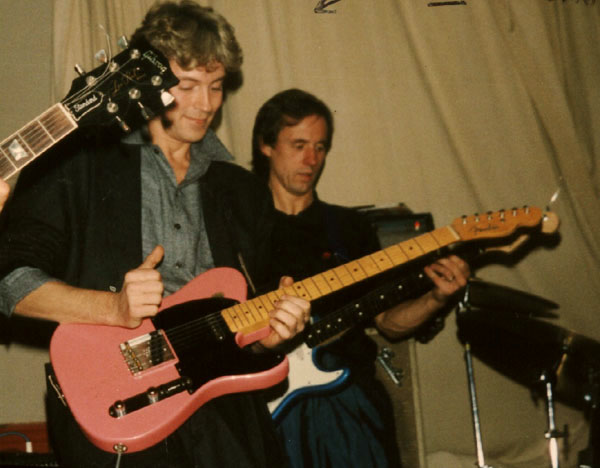 The gig itself was brilliant, we thought, and the line-up as you can see above was 'Hairweather' Low, Bronze, Brooker, Bob Clouter, Ronnie Caryl, Frank Mead, and guesting Hal Lindes (from Dire Straits, on the pink Strat above). 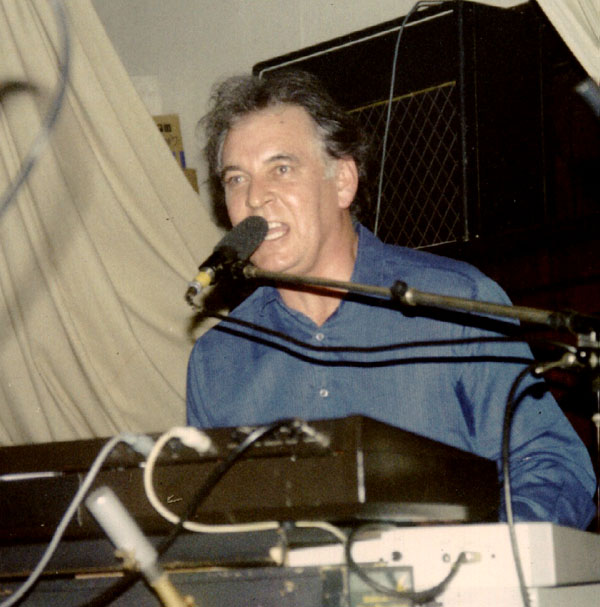 The set list included: Smokey Joe's Café, See U Later Alligator, A Whiter Shade of Pale, Slippin'n'Sliding, Busted, In the Midnight Hour, Old Black Joe, No Money Down, Walking to New Orleans, Baby What Do You Want Me to Do, One night ... and many more. I am pretty sure they did Down Under, which was popular at that time with Men at Work. 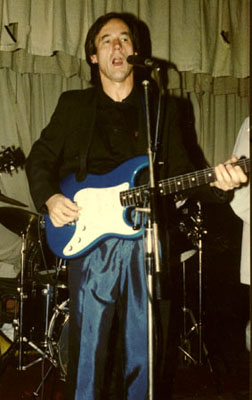 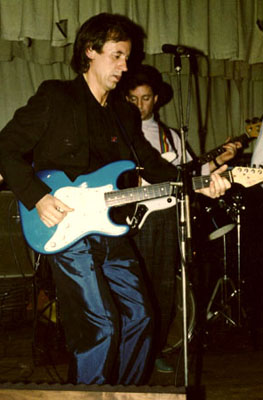 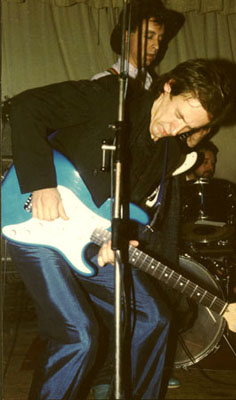 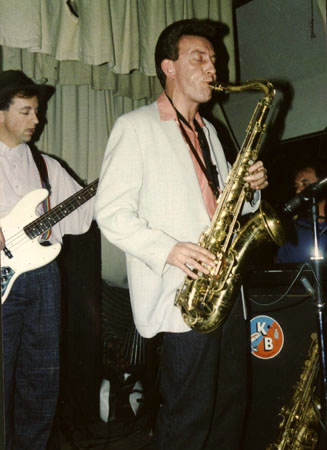 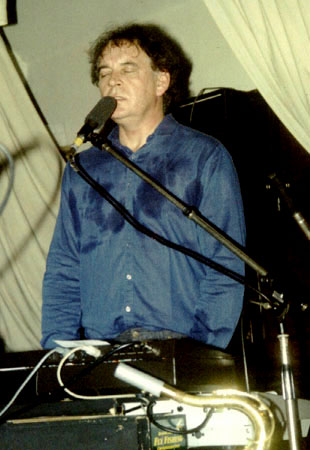 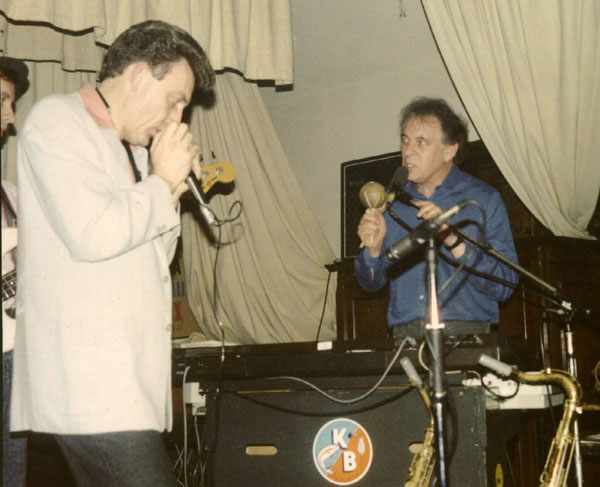 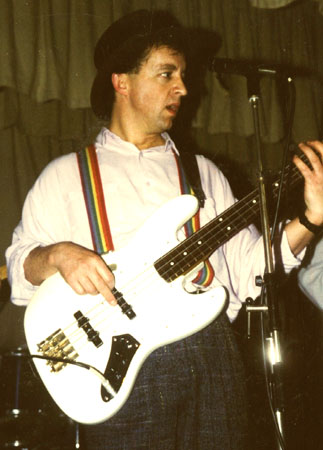 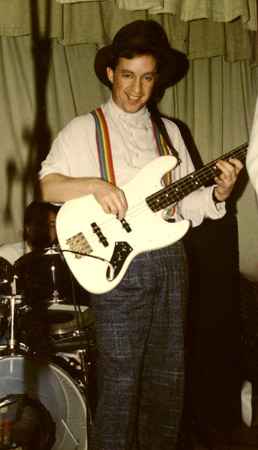 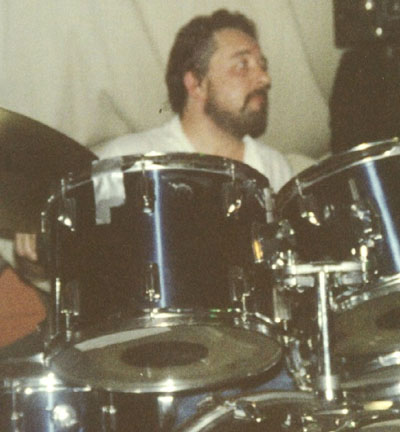 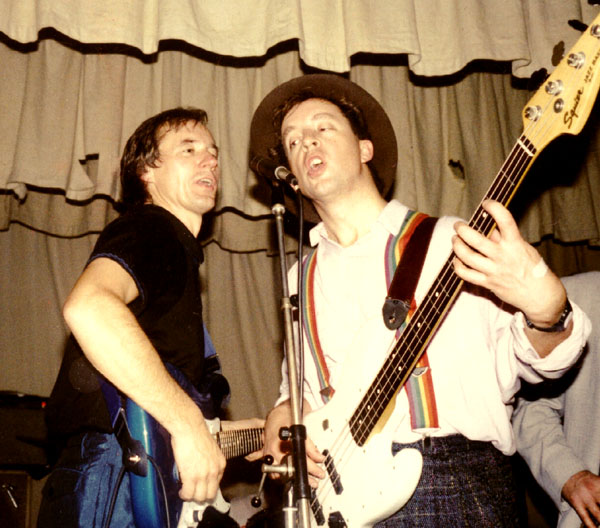 There was the usual raffle ticket/lottery with Mick Brownlee organising and someone won 'a truckful of logs'. The gig ended well after midnight and we didn't have a clue how to get back to London as we where supposed to fly home already at 07.00 on Sunday morning. Gentleman Eddy Gartry and his wife Tracie drove us all the way back to our hotel in Kensington before they continued their long journey home to Wales.

That is what I can remember from our journey to Brooker-land all those years ago. By the way.... all the photos were taken by my wife Anna!