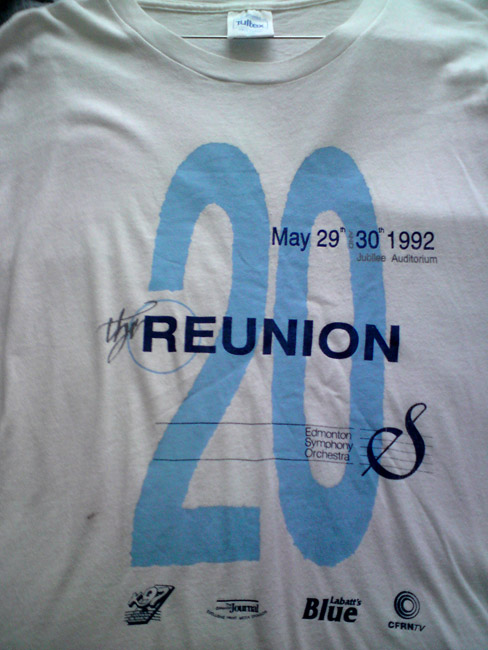 A video of the complete show was shown only once, I believe, on Canadian pay-per-view television. Mono copies are in circulation, with a fuzzy picture, but the sound is still pretty good. It was subsequently shown on Canadian pay-per-view TV with Homburg, Whaling Stories, Shine On Brightly and King of Hearts edited out. It's still in mono, but the sound is better – it's hi-fi, but not stereo – go figure! The picture is also much better, very clear in fact. There was also a feature on the concerts aired on Canadian Broadcast Company (CBC?) radio.

There were actually two Edmonton 1992 concerts – 29 and 30 May. The only difference is that 30 May included the second performance of Conquistador. It's hard to say for sure, but I think the broadcast video comprised the better take of each song from the two performances. I know that the band members, orchestra, and choir wore identical clothes each night, so the video does appear to be seamless. They also edited out most of Gary's patter between songs.

, Whisky Train, Shine On Brightly, and The Truth Won't Fade Away were performed without orchestra and choir. (Note, though, that these were not the exact same four songs cut from the shorter television broadcast.) Whisky Train featured an extended drum solo by Mark Brzezicki. Fade Away included the 'sing-along-with-Gary' part added near the end. This was also prevalent on the May 1992 'mini-tour' of North America – a few US cities plus Toronto, Canada – leading up to Edmonton. However, I can't remember if this sing-along part was introduced on this tour, or on the earlier January / February 1992 tour of Europe with Matthew Fisher. (I know that it – the sing-along part – was not included in the 1991 Prodigal Stranger tour of North America, and it was not performed at the end of that tour when Gary and Matthew performed Fade Away on the David Letterman TV show.)

After the May 30th show, the band, orchestra, choir, and invited guests went to a small club named "Bandito's" for a party. The band surprised us all by taking over the stage for a short set of oldies, including: Young Blood (or is it Young Love?), My Girl, Kansas City (at my request!), Juicy John Pink, Hootchie-Kootchie Man, Sex Machine, Little Queenie, Rip It Up, and one other song I didn't recognize. Sex Machine (which was originally a soul number, I guess) was played for laughs by Procol as sort of a rap/disco number. As I remember, Gary found a trumpet somewhere [lent to him by an orchestra member perhaps?] and started playing it for a minute or so. None of it was meant to be taken seriously. (As I now recall, I think Gary also played the drums at some point – but it might not have been on Sex Machine.)