From Kent: birthdate 'one of the closely guarded secrets of the Universe' 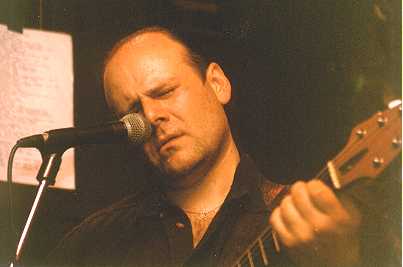 London 1997 (thanks to the Be Sharp homepage: lots more information there)

Jerry was playing in Barbara Dixon's touring band, as he still does from time to time; Dave Bronze joined on bass for a while and the two formed Be Sharp as a band 'to play anything we wanted, anything we liked, for fun.' It was through Dave that Jerry came to be involved in the recording of The Prodigal Stranger, laying down 'all the tracks, as far as I remember' on guitar, acoustic guitar and mandolin, but 'leaving space for Robin' whose playing Jerry mentions with suitable 'Salaam' gestures of respect. Jerry never played live with Procol Harum though he would greatly have liked to do so, but 'Gary was aware of my commitments from the start' to B#, who gig four or five nights a week. (JS chatting with RC, 20 December 1997)

Be Sharp discography and videography!