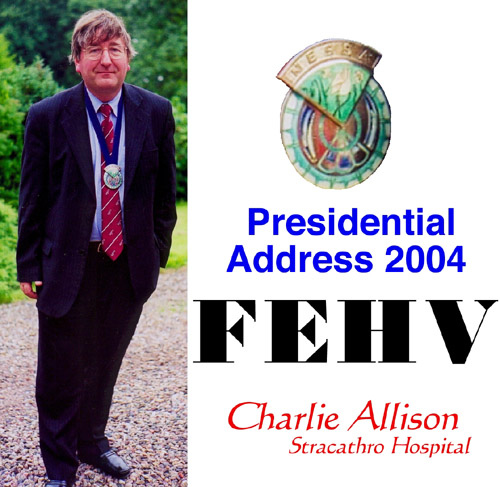 When a Man Loves a woman (audio snippet)

Grand Finale (Hallé orchestra video 2001, then Guildford 2000 – a few seconds for the fireworks)

Charlie reminds us that the mildly-unofficial clips were used only in the context of a private/scientific gathering! The images were all projected, and looked great, accompanied by brilliant hi-fi. sound.

These are just some of the images used in a short but comprehensive resume of the career of Procol Harum, introduced by the concept of the five best bands of all time – the Beatles, Stones, The Who, Led Zeppelin and ... (my choice!) Procol Harum.

This came after four fifteen-minute segments on our specialities of anaesthesia, golf, whisky (with three favourite malts passed around for tasting – Springbank, Glenfarclas and Highland Park if you must know) then an unruly section on forty years of Scottish Football.

I started off by telling them I had never been a President before so I had phoned Bush and Blair for advice on how to address the meeting. Bush had told me he always says "My fellow Americans"  so it would be "My fellow Members"; President Blair said, 'I can't tell you what to call them, but just remember that they are your subjects ...' 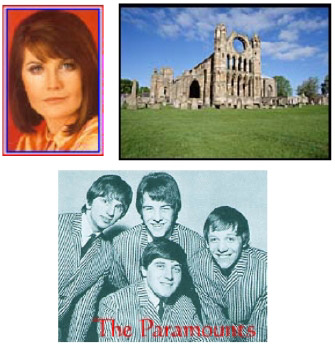 I related how my first contact with the Band was in 1965 up in Elgin, when the Paramounts backed Sandie Shaw  (I remember Barrie Wilson was referred to in her autobiography (which I was unable to get hold of again) but the drummer might have been Phil Wainman by this point?)

I told of the collaboration of Keith and Gary,  the formation of Procol and the recent accolades given to AWSoP. I explored its musical influences – Jacques Loussier playing Bach's Air on a G String and Percy Sledge's When a Man Loves a Woman ... and mentioned the 250+ cover versions, many and varied. 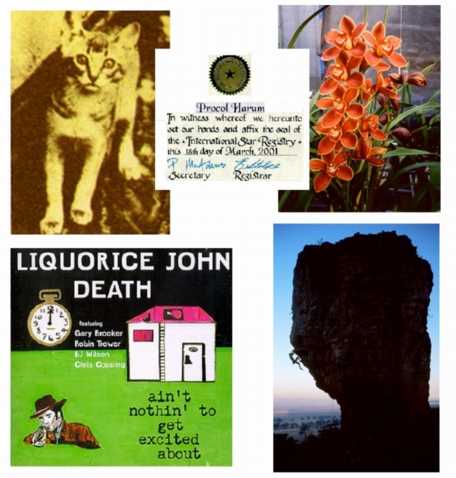 The caption to the combination slide with the cat said What's in a Name? – explaining the moggy Procol Harun, the various Procol Harums and the Liquorice John session. 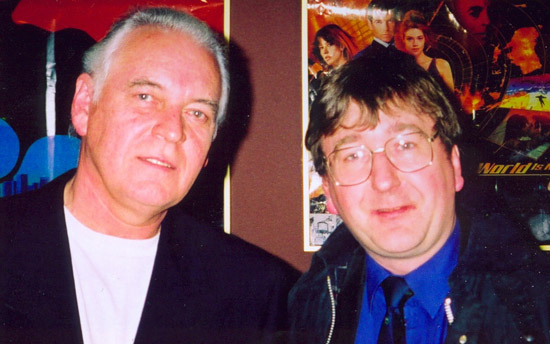 I mentioned the LSO concert and Douglas Adams's Barbican interview, after which I met the great man.  I captioned this photo with two think bubbles, "My hero" and "who the f*ck is this guy?" – this got a big laugh 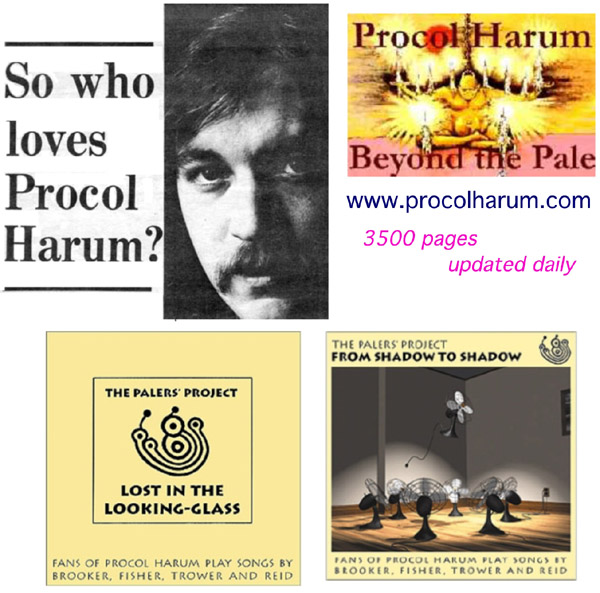 Who Loves Procol Harum (today)? Well the obvious answer is, the 'most comprehensive and devoted' BtP website and the fans' fantastic recordings, as well as all the Palers worldwide.

There was a lot more besides and we finished with the Hallé and Guildford Grand Finales and fireworks.

I may have gotten a few more converts to the cause?  So watch for Procol sales to go up in Dundee, Aberdeen and Perth!