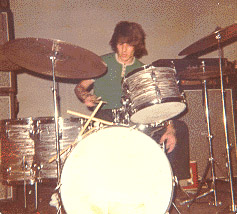 In all its incarnations this is one of the kits BJ had the longest, having got it kit around 1964-1965 and used it when he was in The Paramounts. 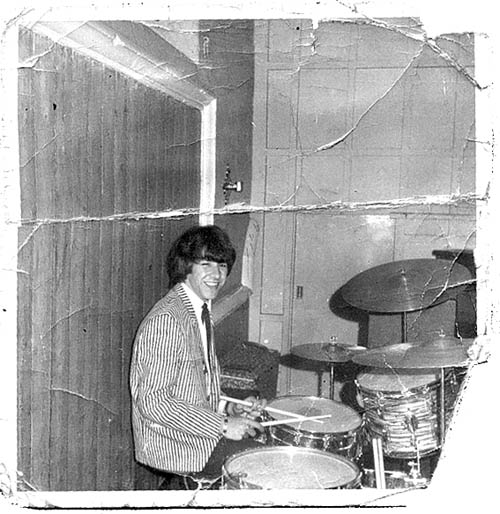 BJ with the Paramounts:  this photo is without the 14" X 14" floor tom shown on the plan above 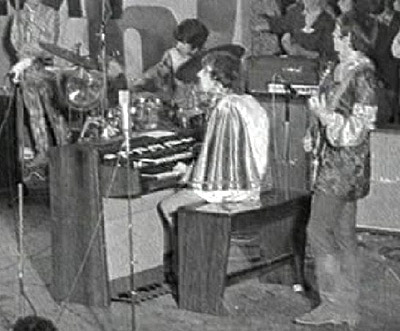 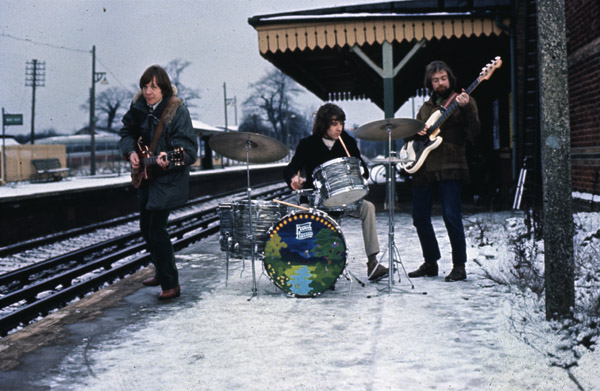 While filming the Whisky Train sequence in the Copping Brothers' film, 'The Procol Harum'

This kit was probably used on the following albums:
Procol Harum 1967
Shine On Brightly 1968
A Salty Dog 1969
And all the live performances during this period