London's Union Square Music, trading as Salvo, releases AWSoP on 13 August 2007 as a vinyl single to commemorate the 40th Anniversary of Procol Harum. The new writing-credit (see below) makes this a highly-collectable item and if sufficient Procol fans buy it, we have a good chance of seeing Procol Harum back in the charts.

• 7" vinyl: A Whiter Shade of Pale with Magdalene (My Regal Zonophone) [alt. version] on the 'B' side 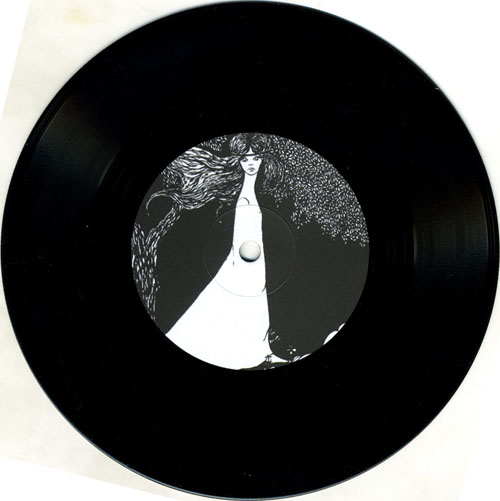 The 'A' side of the single: illustration by Dickinson, of course 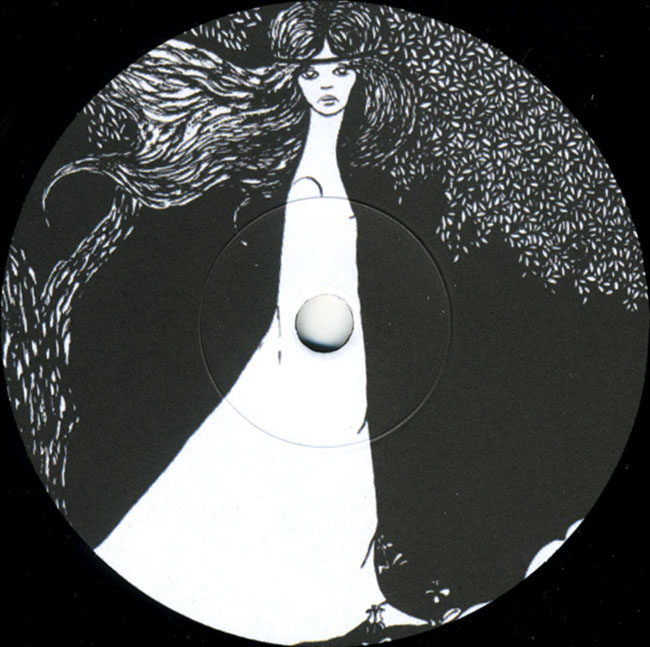 Detail of the record-label 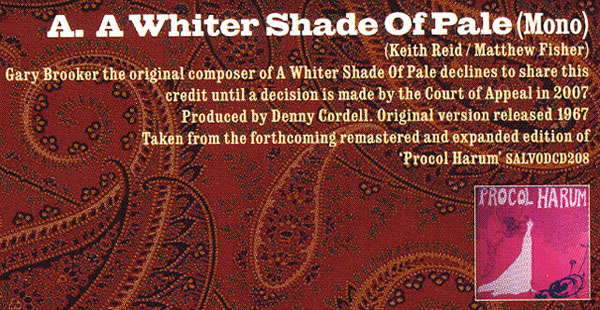 How the A Whiter Shade of Pale writing-credit appears on the vinyl single's sleeve. 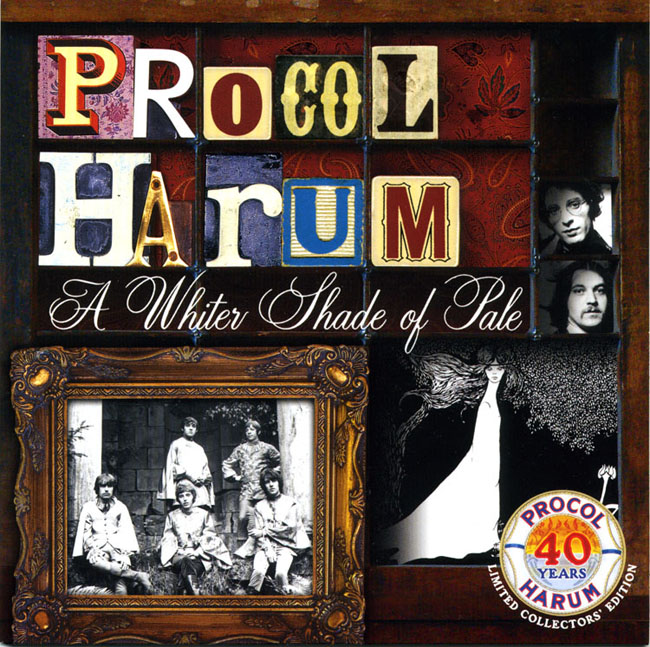 The front cover of the vinyl single's sleeve 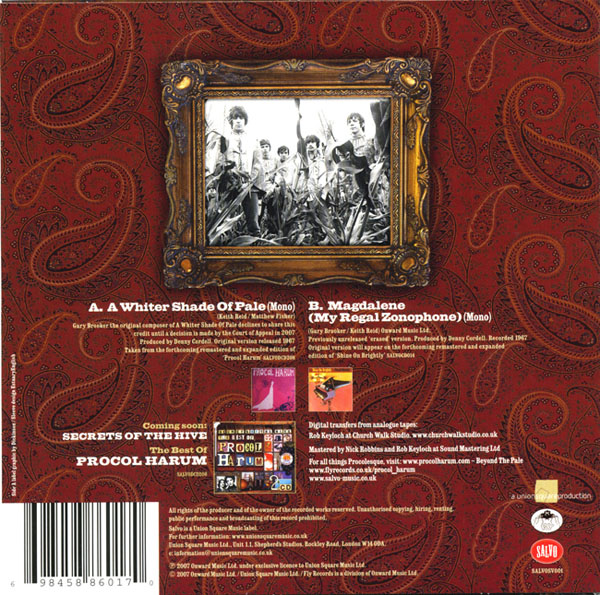 The back cover of the vinyl single's sleeve. Note that the little vignette of 'The Black Album'
shows that Salvo will be re-releasing it as 'The Pinkish Album' ... 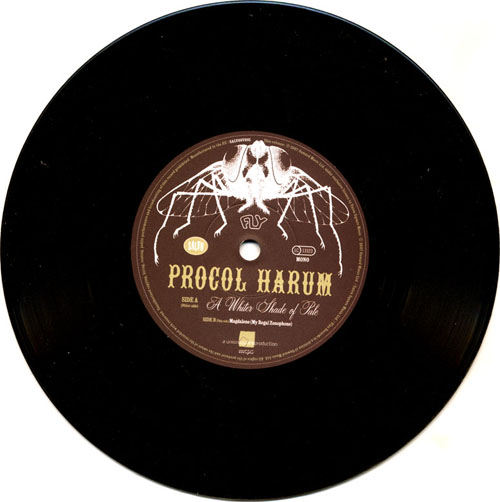 The 'B' side of the new single ... Magdalene, My Regal Zonophone (alt. version) 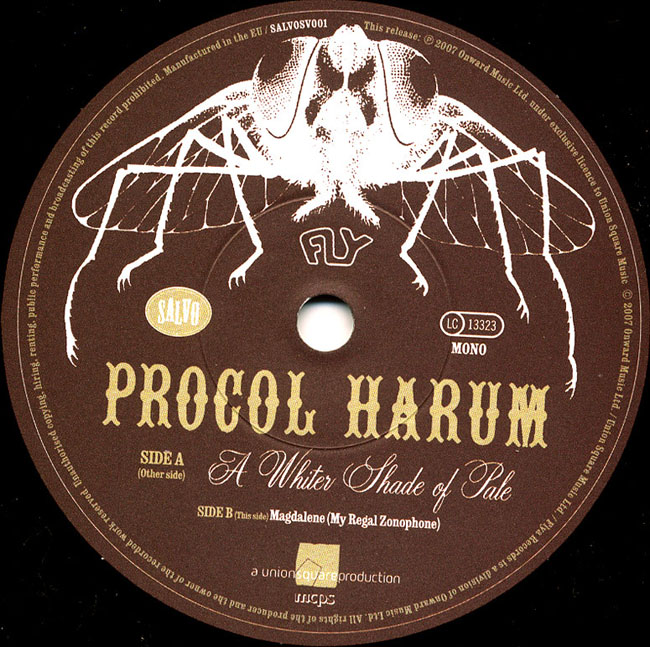 Detail of the vinyl label 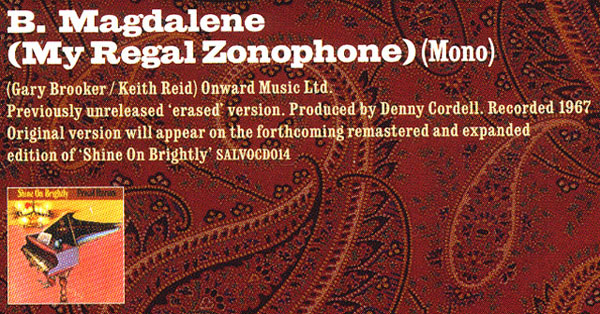 Note on the back of the sleeve about the alternative (mono) version of Magdalene.

Nice to confirm that it’s the same early Magdalene featured on Disc 3 of the Westside 30th Anniversary Anthology; but whereas that was an off-air recording of a broadcast of an acetate, this Salvo version sounds really sharp and studioworthy. It doesn't cut off like the Westside one does, and it starts with GB's count-in. How Salvo have managed to bring back an 'erased' track from the Recycling Bin of time, one doesn't know: but it's amazing to hear with such clarity what the guitar, piano, organ, bass and drums are doing on this early version. It's not without hiss, which seems a trifle intermittent; but it's a huge improvement on what has been available so far.