Chapter 15 A Whiter Shade of Pale

(The chapter starts with a clipping from The Times … text here)

It was during the writing of this book that, out of the blue one evening, I received a phone call from my old friend, Matthew Fisher, from ‘Procol Harum’.

It sounded like he’d had a few drinks, just a little wobble in his voice here and there, but I did get the gist of the conversation which was that he wanted to sue Gary Brooker for royalties on A Whiter Shade of Pale. 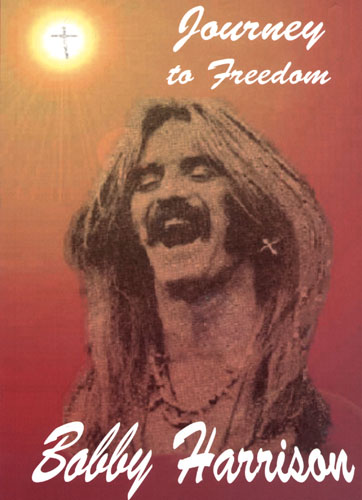 ‘My lawyers do not think so,’ he replied. ‘It is not the money I am after, but the going down in history for such an iconic song, which I was definitely a part of.’

With a deep breath on the other end of the phone, ‘Will you be my witness?’

I replied, ‘Give me a couple of days to think about it’. Matthew did call me back after a couple of days and I had thought about it and decided to go ahead with Matthew, because I knew the truth, he was a co-writer. I had in my past career, like so many others, been ripped off and I just felt this was terribly wrong. Gary Brooker was a millionaire and Matthew Fisher was struggling.

So a little time went by and then in the post came the date of the case which was to be held in the Royal High Court of Justice in the Strand in London in December 2006. I was feeling a little nervous, obviously, about seeing the old faces after so long but it could also be a wonderful experience to see them again.

I had previously prepared my statement which I had signed and sent off. A couple of days later I thought the Lord was trying to remind me of something and I suddenly remembered. I had heard the song A Whiter Shade of Pale for the first time at Gary’s house in 1967, when I was invited there to prepare for my audition for ‘Procol Harum’ – without the organ music on it.

On the day of my audition, I heard the song again with the organ being played on it this time. It seemed to be a whole different sound with much more colour and if you know this song, which I am sure most of you do, you will know this is the selling point, along with the voice of course and the overall feeling.

This was a very significant part of my statement that had come into my head after signing and submitting it. Now though, it was too late to amend it.

When we arrived at the High Court it was so grand, it was a real historic English building with over fifty courts. Unfortunately we were in Court 56 which I was not happy about as it meant quite a lot of walking to do – I had a dodgy knee, with a worn-out cartilage.

Pete and Dave, my two Christian friends, had come with me so we made our way together across the marble stone floors busy with people dressed in black robes and wearing wigs. The atmosphere was amazing.

The next thing was a very natural thing to do and that was to look around and see who I could recognise, bearing in mind we were all forty years older. I saw Matthew right away as he was in the witness box and then I spotted Gary sitting with his lawyers looking very bored. I also saw Gary’s wife Frankie, Keith Reid was next and he was looking ultra miserable. I spotted many other famous faces too.

This, to me, brought a sense of sadness and loss, because I remembered all the great times and fun and joy we had touring round the world in the sixties and there we were now, a bunch of grumpy old men. This hurt me but of course this is life.

So I listened for an hour or two to Matthew’s statements which were all very interesting as I found out lots of things which I never knew. I also found out I had played on ninety percent of the first album, which had ‘gone platinum’.

The daylight was fading and I thought I might have to stay in London for the night. Then suddenly, I was called to the witness stand and did all the usual things with my hand on the Bible and settled down. Gary Brooker’s lawyer approached me and from out of the blue, would you believe it, the very first question he put to me was, ‘Were you at Gary Brooker’s house in 1967 listening to A Whiter Shade of Pale in its original state, without the organ?’

I though to myself, the Lord is here. This is the significant part that I had left out of my statement and was anxious to put right. I had been worried that I would never be able to add this important piece of information to my part of the evidence and now it was being asked of me, right at the onset, the very first question for me to answer.

I jumped in and said, ‘Yes, the first time I heard it, there was no organ music on it.’ I then went on to explain ‘The next time I heard it was at my audition – this time with the organ on it, which Matthew had played’. I also said how much more colourful the song had sounded and it was a significant selling point of the song.

After more cross-examination, I could see Gary Brooker was getting more upset but Matthew Fisher had a slight grin on his face. I thought to myself I won’t be on Gary’s Christmas list in future.

So, my statement was over and we were allowed to go home. On the way home I felt very unhappy about the whole experience. It was the end of an era. I had helped a friend from the past but also lost a good friend from the past. I suppose it worked out equal for me with my conscience but I was glad it was over.

Unfortunately the media made a complete meal of it all, like they do, another bruise for the song that has bruised us all, but on reflection A Whiter Shade of Pale and ‘Procol Harum’ have been a very great part of, and a great help in my life.

(The chapter then includes an Associated Press transcript (text here) and concludes with a single sentence from Harrison.

As I write this book, the court case is still going on.

More about this case | To read more of this revealing memoir, contact Wendy Harrison  or visit the website (watch for a PayPal facility there soon). The book is £8.50 plus £2.00 p&p, cheques payable to R Harrison.