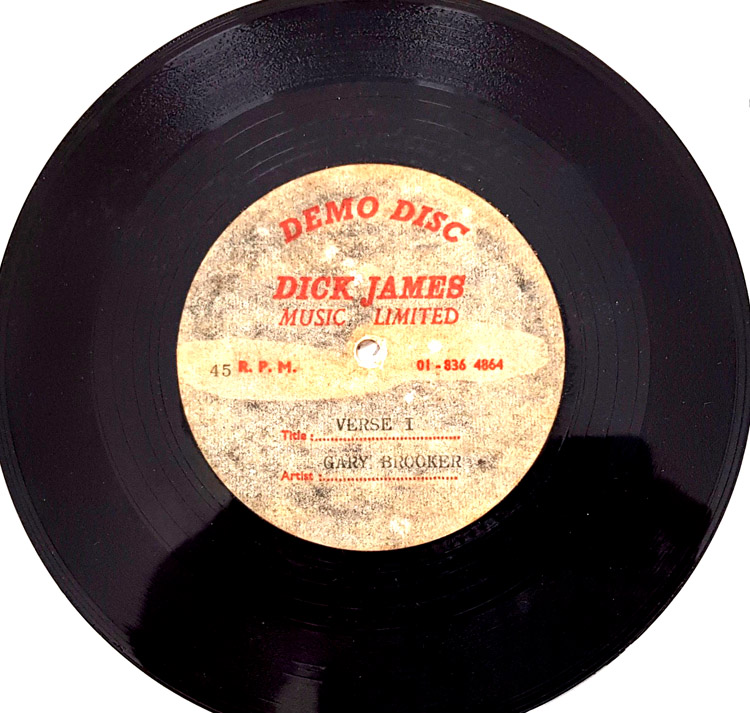 In early August 2019 ‘Beyond the Pale’ was intrigued to receive a message from Michael Davis who, as ‘Mick’ Davis, knew The Paramounts well from his days at the Shades in Southend during 1962/3/4.

He wrote that, as a Paramounts fan, he possessed ‘every 45 plus demos where relevant, EPs (UK and France), LP (1) and CD of The Paramounts / Liquorice John Death released across the world. My greatest achievement (near impossible) is obtaining a mint!! copy of Hiedra Venenosa (Poison Ivy) / Me Siento Bien (I Feel Good All Over) released on the Ariel record label in Argentina in 1964 – the Holy Grail to me – it took a while but someone in Buenos Aires came up trumps!

I have another copy of the Parlophone Australia release of Blue Ribbons on its way. One of the UK EPs is signed. I have two sets of autographs from two gigs – Wallington Big Beat Sessions, 31 March 1964 and the other, also 1964, from Launceston in Cornwall. I also have one acetate of Bad Blood. I’ve let others go where I should have pursued them!

Amazing stuff, of course. But most intriguingly, he also told us, ‘Some time ago I bought a Gary Brooker demo disc, Title: Verse I. Weirdly (to me), it appears on an album entitled Rare Mod Volume 3.’

And it can be heard by clicking here’

Like any fan would, Michael wondered if the BtP team could ‘throw some light on this recording – what was its purpose?’

So we asked Gary Brooker, to whom we’re most grateful for this speedy response:

Michael Davis adds, 'Further to what has already been said, as a bit of a completist, I bought a mint vinyl copy of Rare Mod Volume 3. It has an insert, which has an appraisal of each track: here’s what’s said about Verse 1:'

Gary Brooker's page at 'Beyond the Pale' | The Paramounts |