Matt Pegg on the road in Germany, Autumn 2008

Saving the day for The Gathering

Matt Pegg let BtP know about his emergency call-up for an all-star folk-rock tour in Germany around Hallowe'en 2008:

'The band is called 'The Gathering'. I got a call a week last Wednesday night from Jerry Donahue because Rick Kemp (the bass player) had become ill and had to go to hospital after just one show. So they e-mailed me the tracks and I flew out to Germany on the Friday for a gig that night! I kind of made some rough notes, and learnt the songs at the gigs. None of it is too complex: it's just when to start and how to end really! The band is great: we had a good time except for the eight-hour drives in the back of a van. Eight shows in ten days and possibly some of the English dates if Rick is not better. As for playing the English dates (schedule here) – I will let you know as soon as I know myself.' [Matt will play the UK shows ... read all about it here, and a gig photo-report here] 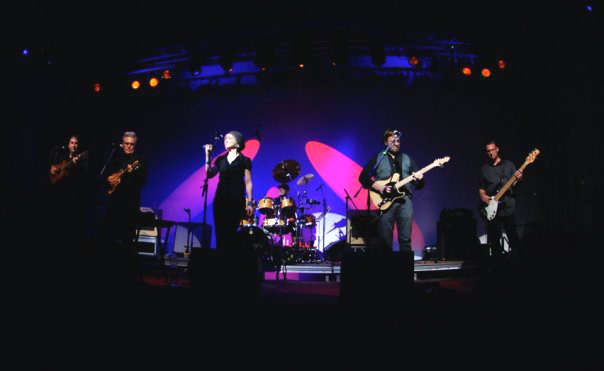 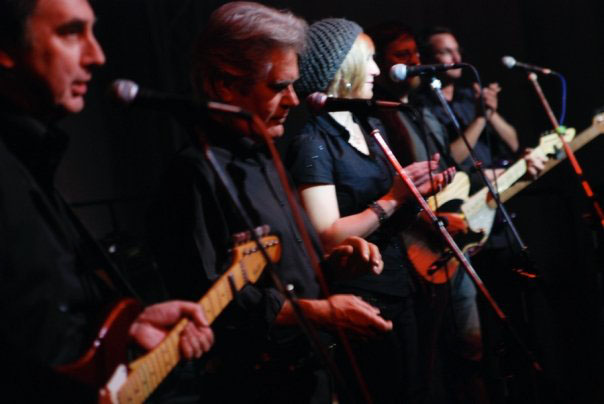 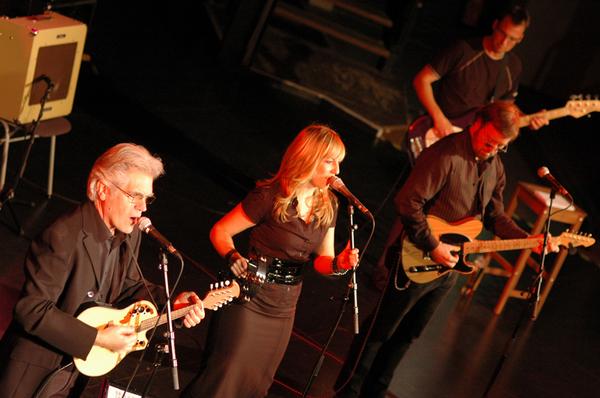 Matt with an understandable aide memoire on his stool 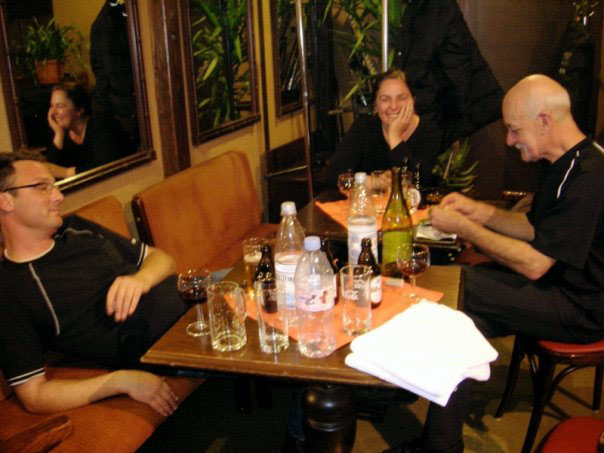 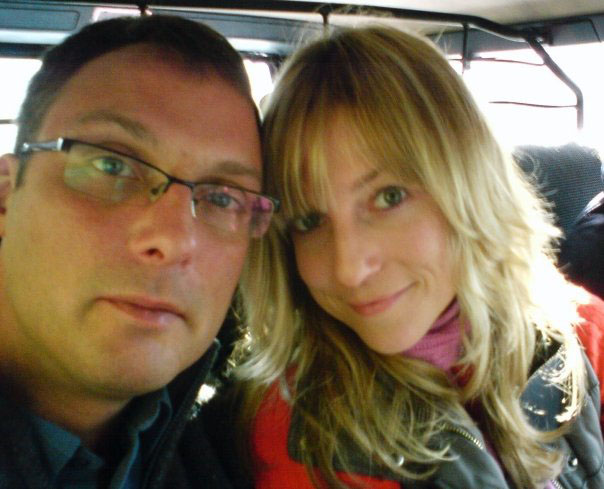 Fairport offspring: Matt with vocalist Kristina Donahue, whose father is Jerry (whose father was 1940s/50s bandleader Sam Donahue).
Kristina wrote to BtP, 'Matt truly saved the tour for us when our original bass player fell ill. He learned the material in 24 hours,
showed up and knocked us all out. His positive energy is infectious and his groove, tone, and feel was in the pocket and served as a brilliant foundation
well suited to our songs. It was an honor getting to work with him ... and kind of fun, too, thinking how our dads were both in Fairport together all those years ago. :)' 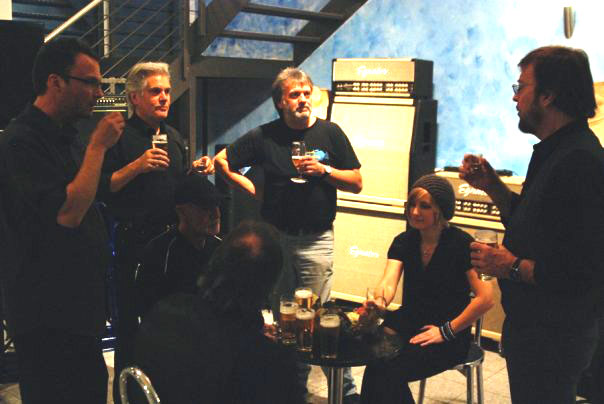 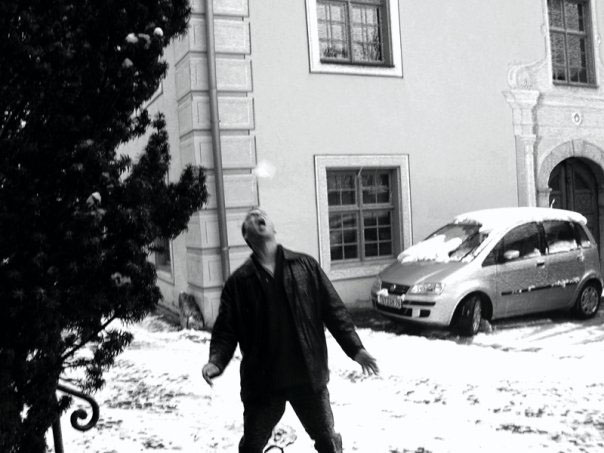 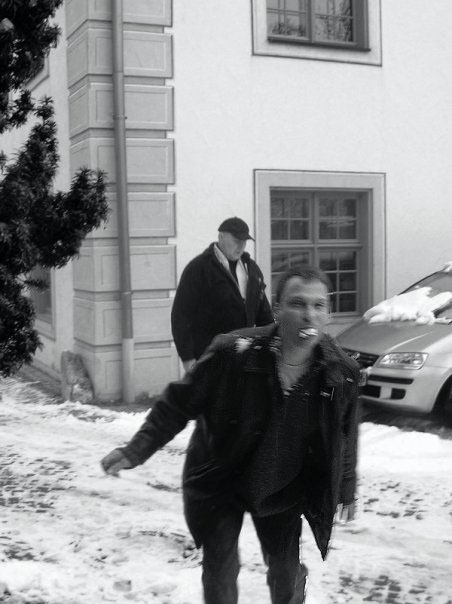 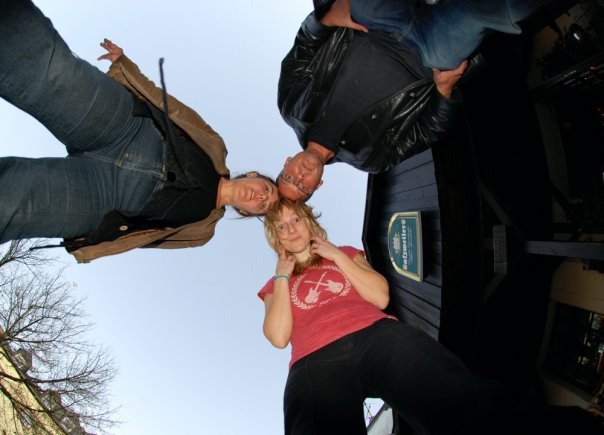 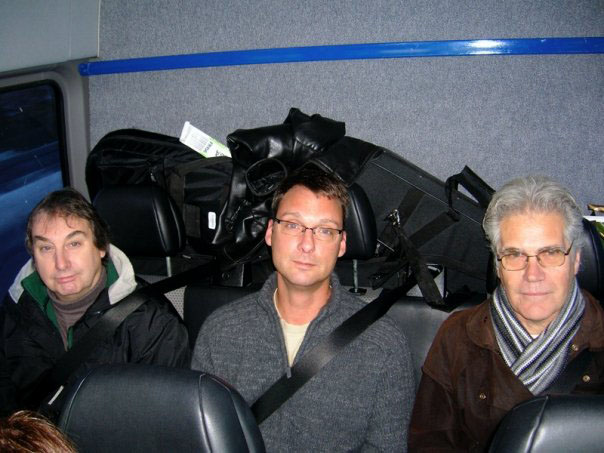 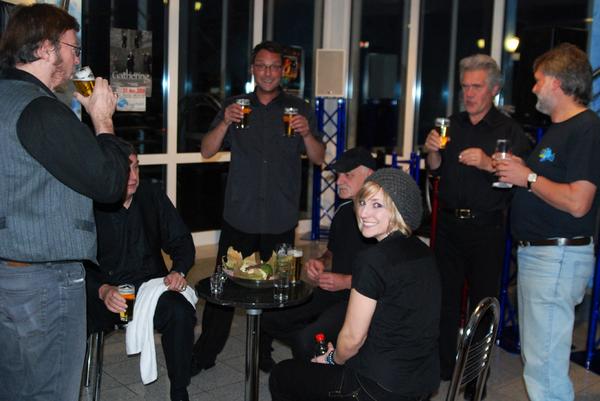