These excerpts from New Musical Express, kindly selected for 'Beyond the Pale' by Yan Friis, show AWSoP rated significantly differently by the readership and the staff; Procol Harum gig on, but there's already a retrospective feel to their press coverage.

First dates and venues have now been confirmed for the March tour by Procol Harum, plans for which were revealed by NME last week. They are Canterbury Kent University (March 2), Uxbridge Brunel University (6), Bournemouth Winter Gardens (17), Coventry Warwick University (18), Lancaster University (19), Brighton Top Rank (24), Hastings Pier Pavilion (26) and Aylesbury Friars (27). Further dates are at present being finalised and will be announced shortly. The band - who returned this week from a highly successful tour of Germany, Austria, Yugoslavia and Poland - will also be filming their own 30-minute show for Tyne Tees TV on March 5.

Main album reviews:
Boxer, Below The Belt
I Roy, Truths And Rights
U Roy, Dread In A Babylon
The Hollies, Write On
The Drifters, There Goes My First Love

Could you dig into your files and provide me with a list of all Procol Harum's singles and albums 'cos I've had no success in tracing them through record shops.

I'm trying to compile a Procol Harum discography - excluding reissues - so could you list all Procol's 'A' and 'B' sides after Whiter Shade Of Pale and prior to the live Conquistador of '72?

According to my limited knowledge, Robin Trower did not exist before forming the group of the same name. Can you, therefore, provide a potted history of his early activities?

Then in 1967 Brooker met Keith Reid and they formed Procol Harum to record A Whiter Shade Of Pale / Lime Street Blues (Deram 126), while Trower began working with a band called The Jam and Wilson joined George Bean and The Runners, Copping having left The Paramounts earlier so that he could attend university.

During their stay with Regal Zonophone Procol also produced such singles as Homburg / Good Captain Clack (RZ3003), A Salty Dog / Long Gone Geek (RZ3019) and Quite Rightly So / In The Wee Small Hours Of Sixpence (RZ3007).

As for Robin Trower, well, he left the band in 1971 to form Jude, along with Frankie Miller, James Dewar and Clive Bunker. However, Jude split after just a few months abd in late 1972 the Robin Trower Band was put together. OK?

The NME staff names the 100 best singles of all time:

They also mention the song in the fax and info article that supports the chart.:

(excerpt)
... Greatest chart success by British artists on the continent were by Tom Jones with Delilah (No 1 in Germany for 14 weeks), Procol Harum with A Whiter Shade Of Pale (No 1 in France for 11 weeks) and Cliff Richard with Lucky Lips (No. 1 in Germany for 10 weeks) ... 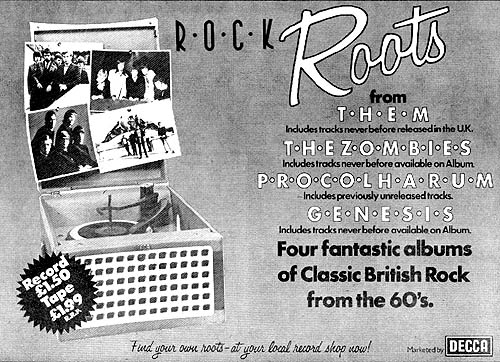 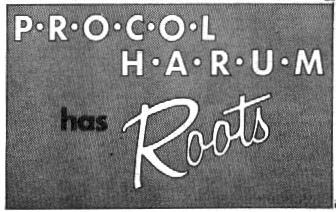 (The NME readers vote for the best singles of all time, more than 10,000 voted!)

PROCOL HARUM are to top a special one-off concert in York Museum Grounds on Sunday, July 4, as part of that city's Arts Festival. No other gigs by the band are planned at this time.