A scam for collectors

While BtP does not promote bootlegs or any other activity that denies Procol Harum their legitimate music income, we think it fair to alert fans to this foolish scam: an album on vinyl entitled A Robe Of Silk, Rare Tracks From Early Days (March 1967 – April 1969). It seems almost certain that most of the tracks have been lifted from the legitimate bonus tracks in the Westside and Salvo series of CDs; audiophiles will not, of course, be fooled by the 'cachet' of a vinyl version, since cloning to that medium cannot mitigate the supposed imperfections of CD mastering

Obviously whoever is behind this fake has gone to some lengths to make it look like an echt 1960s' album release, with a version of the classic red stereo Regal Zonophone record label that stops short of outright impersonation. 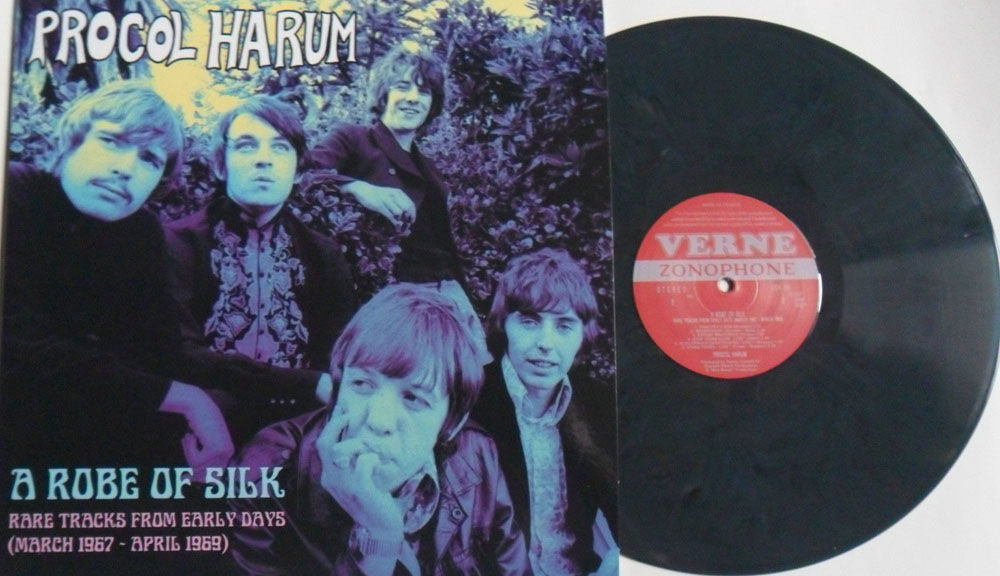 If you want these bonus tracks legimately, a good place to start would be here. You'd also get nice booklets and pictures, and the right people would get a royalty.

As the poet saith, 'Draw your own conclusions'.