Out on a limb with 'Exotic Birds'

Always on the verge of Superstardom, Procol honed their sound down to pure rock and roll and fans will either love it, or chalk off Procol Harum for good. 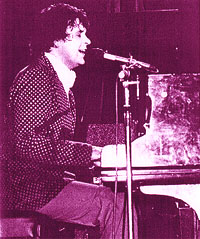 When Procol Harum's seventh album, Grand Hotel, was released, the lime-green press kits from Chrysalis Records featured a short essay on the word 'grandeur.' After six years suspended in the netherworld between superstar status and obscurity, Procol's 1972 album with the Edmonton Symphony Orchestra had finally clicked with the public and the record company was playing up the ritzy image for all it was worth for the 1973 release.

'There was quite a big promotion breathing down our necks,' confided founding member Keith Reid to Circus Magazine in a hesitant voice, as though he were telling secrets he didn't really want to share. 'It was really the first time we had been noticed enough to be labelled. We found ourselves categorized in most people's minds as a classical / rock band, and we were expected to live up to it.'

Procol Harum haven't been able to accept the niche that was carved out for them by that chance success, though, and now they mean to do something about it. 'We really aren't that much of a classically oriented band,' Reid said of the rockers with the gothic touch. 'We have never used orchestration too terribly much. The Edmonton album was just an attempt to try something a little different and we carried it over to Grand Hotel. It's always nice to use an occasional orchestration if it fits in, but it becomes very tiresome having to answer for it for the rest of your life. On this new album we are trying to dispel that symphonic image.'

The new LP, Procol's eighth, is Exotic Birds and Fruit (on Warner Brothers Records). In a fate-defying move away from an image that scored commercially, they're again refocusing their definition of rock and roll. One of the most fascinating records to come out this year, Exotic Birds and Fruit is a little more upbeat than Procol's recent efforts - maybe just different enough to wing the English veterans back to the top of the charts.

Procol's pale reputation: It was in 1967, when the world was beginning to blossom with peace, love, flowers and LSD that Procol last enjoyed such a triumph. Formed by lyricist Reid and composer Gary Brooker who practised for months in a church in hopes of escaping lower middle-class jobs, Procol clicked with their very first single, the legendarily enigmatic Whiter Shade of Pale. After that cut stopped the music industry in its tracks, though, Procol Harum's reputation grew as dusty as their ageing hit. Shine On Brightly and Salty Dog garnished critical acclaim but sold moderately, and with the next two albums Home and Broken Barricades it became apparent to Chrysalis that the group's sales potential had levelled off around the 150,000 mark. Every time it seemed the group could be on the brink of re-establishing their international fame, they just missed and slipped back into the dark corners of the playlists.

The Edmonton album went gold, however, and Grand Hotel cracked the Twenties on Billboard's charts, lingering in the lists for over five months. Due to this album's title cut, though, the band began to resent their new image. Explained Keith Reid, 'Not to put Grand Hotel down, but because of all the orchestration, that single song was given far more importance than the rest of the album, which is a shame because there was so much more to the album than just that one song. Therefore, this time around, we're not going to jeopardize the whole album by allowing people to listen only to the title cut.'

Trackless title-painting:
This time there is no title cut. Exotic Birds and Fruit is named after the cover of the album, a reproduction of a famous English oil painting. 'We named it after the painting because we liked it and we hate the idea of naming any more albums after one of the cuts on it. '

Responsibility for the refocussing and crystal clear definition of Procol's newer sound goes to producer Chris Thomas. 'He is just like another member of the band,' Keith confided. 'We owe him a lot because he helped us pin our sound down. We have had him with us for some time now and I think that is very important. A producer gets better as he gets to know the band. The more he works with them, the more he is able to understand exactly what they want; he can get across their feelings. Recording is fascinating but very complex. To make a sound for yourself that stands out from the rest is much harder than it might seem. Chris has helped establish the Procol Harum sound with us and we couldn't have always gotten it without him.'

Even with new visions swimming around their heads, though, Procol Harum still had troubles from forces beyond their control. When they began recording Exotic Birds, England was just slipping into the biggest slump in some time. The economy was dipping lower, the energy drain was taking the place of a brighter tomorrow, a three-day work week at minimum wage was about to be established and Procol Harum was lined up and ready to bounce into the studios to begin work.

Energy sabotage:
Looking back on it months later, Keith said, 'We really didn't think that we would be able to finish that one. We'd rushed into the studio in the beginning of December absolutely brimming with ideas and plans. It had been a long time since we had been in to record and it felt really good. We were going full steam when suddenly this three-day work week burst like a bomb into our lives. It was distressing to say the least. We tried to work on, but there began to be more and more complications and suddenly we were faced with the serious possibility that we might not be able to finish the record at all.' 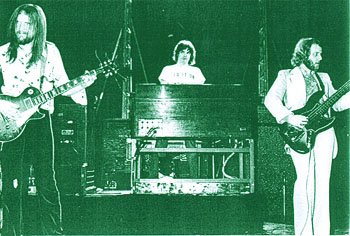 Even when someone suggested moving the production to relatively unafflicted America, Keith was unsatisfied. 'We started talking about moving everyone involved over to America and trying to finish it up there; we still had quite a lot to do, and stopping to wait in hopes that the problem would be solved soon was too big a risk. We could have been totally ruined just sitting around waiting.

'We had recorded in America once before on a tour and the studios were great, but then we got to thinking that it would be too hectic a pace to keep up. Being away from home for so long, especially when you're recording, you must have a place to go at the end of a session to think and rest, and I felt that we wouldn't have been able to have that in the States. There were quite a lot of things involved, and we just got tremendously bogged down trying to think it all out straight. '

At this moment of indecision as to whether they should Americanize temporarily or wait and see how things fared in Britain, the final straw was placed on their shoulders. Word came from their record company that the plans to include a booklet of lyrics and corresponding photos to be compiled by Keith himself, had to be cancelled altogether. The reason? The paper shortage had struck. 'At first we were dumbfounded. All of a sudden we were at the mercy of the world. It was a terrible, helpless feeling, there was really nowhere to turn.' 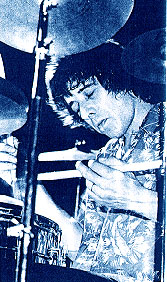 Generator heaven:
Then, from out of the blue, their recording studio produced an electrical generator that they could use for power. It was decided that if the album could be recorded even if it did not have a lyric booklet, it was still worth all the trouble and misery that they had gone through. The finished product was well worth it. It is an album to meet Spring by, a powerful upstart in the rock world like some unearthly flower forcing its way up out of solid granite. Nothing But The Truth opens side one, or rather blows it open. It is a rocker that defies description as it immediately grabs your feet and sets them tapping. Chris Copping's commanding organ is chugging and churning in the lead, taking the tune to irresistible heights. The drumming of BJ Wilson provides an excellent rockin' soul. 'Brian [sic] has been working on drum tones and effects for a long time,' Keith observed. 'It is a major art in itself, but the sound he got on this new album is really a smasher.' Beyond the Pale is a toasting song to all those in search of something they will never find, but who continue to look for looking's sake:

Who will search,
For Holy Grail?
Over the edge [sic],
Beyond the pale [sic]

The song is set glistening like a gypsy melody with banjos and Russian Bouzoukas [sic]. Truly in the classic Procol Harum style, it combines a depressing theme with a curiously hopeful mood. Gary Brooker sings this one so nobly that the entire song takes on a proud tone. 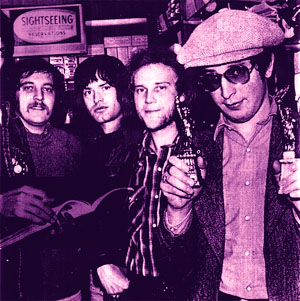 Reflected hope
The Idol has a fable-like quality set to a melancholy melody. ' The Idol is a very mysterious song,' the Mona Lisa mouthed poet explained. 'It could be about a lot of people, one of them myself. It concerns anybody who desires something enough to worship it and then, through too much adoration of something or somebody, you begin to see that it is really not as magical as you first thought after all, only a reflection of the hope we carry around inside ourselves and are so eager to squander on any object that catches our fancy.

'Sometimes our own creativity seems to be a stumbling block for us,' Keith philosophized about Procol's situation with the public. 'Our second album, Shine On Brightly, came out at a time when no one understood or appreciated it. That was really a big disappointment because we had put so much time and energy into it. Yet now I have people coming up and talking to me about it like we had just released it. '

'It's amazing,' Keith sighed, contemplating the odd fortunes of his band. It's a band which plays its own music regardless of what the image-makers want. Only by the quirks of fate do Procol Harum's musical efforts and the listening tastes of the public coincide. 'I guess the idea that we're doing things ahead of time keeps us going. It keeps us searching for that superstar status.'