Rather a limited range of pictures 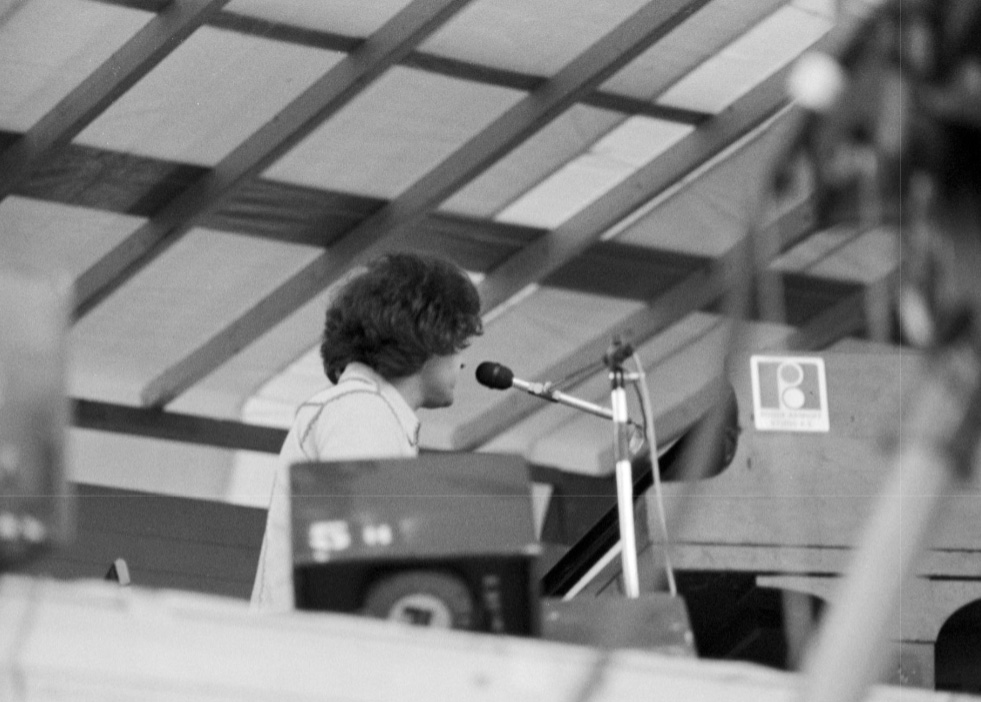 It seems the photpgrapher had eyes only for Gary Brooker 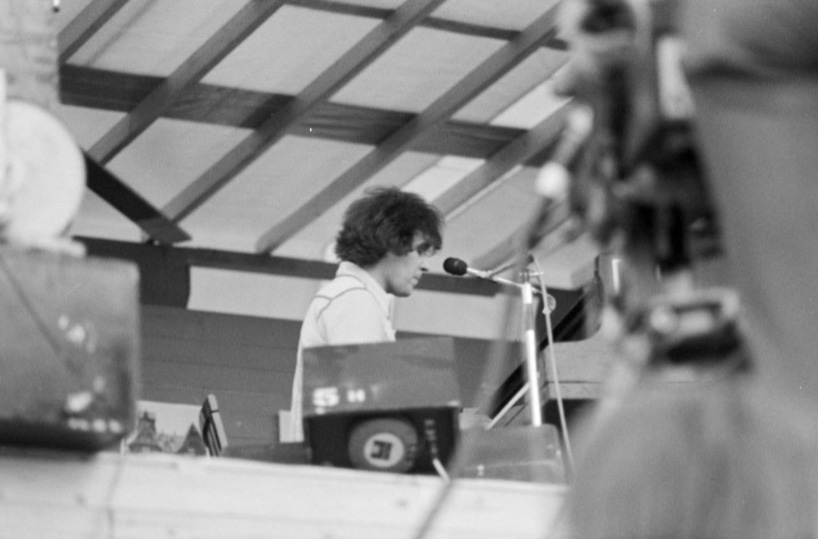 Or perhaps he/she was expecting more than three numbers from the band,
and was planning to photograph the other musicians later in the set 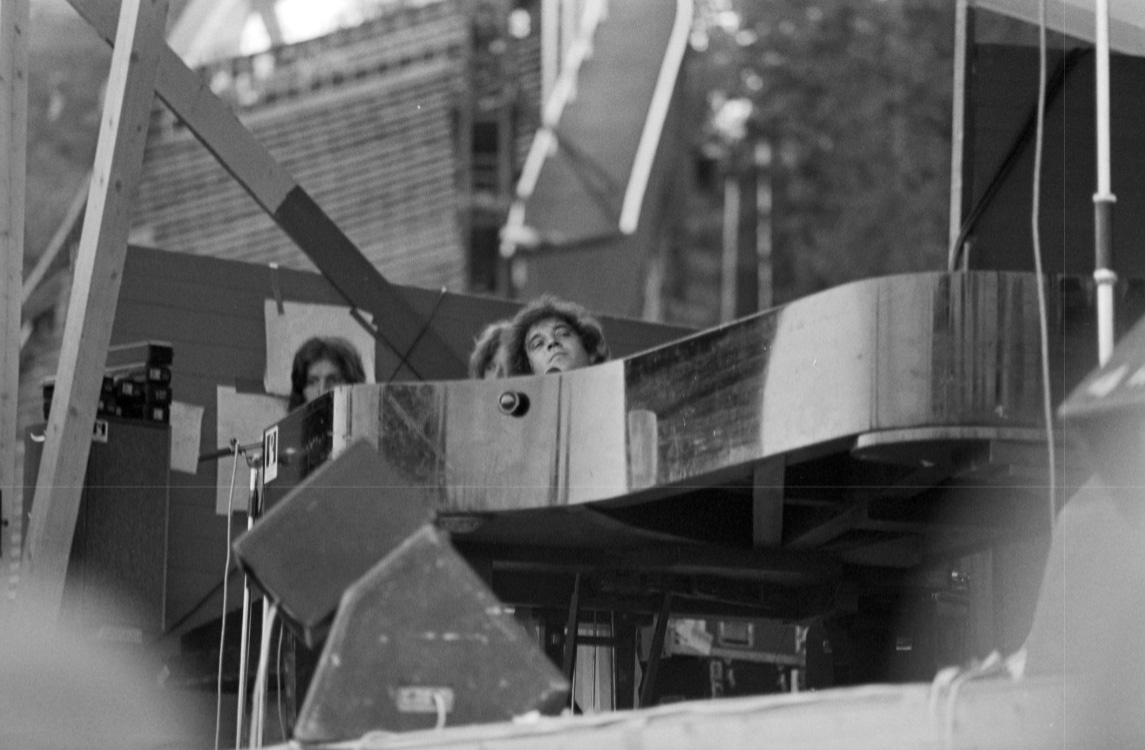 Good sized grand! And behind Gary we see two stage crew, probably ... though one of them looks like a pin-up of sorts 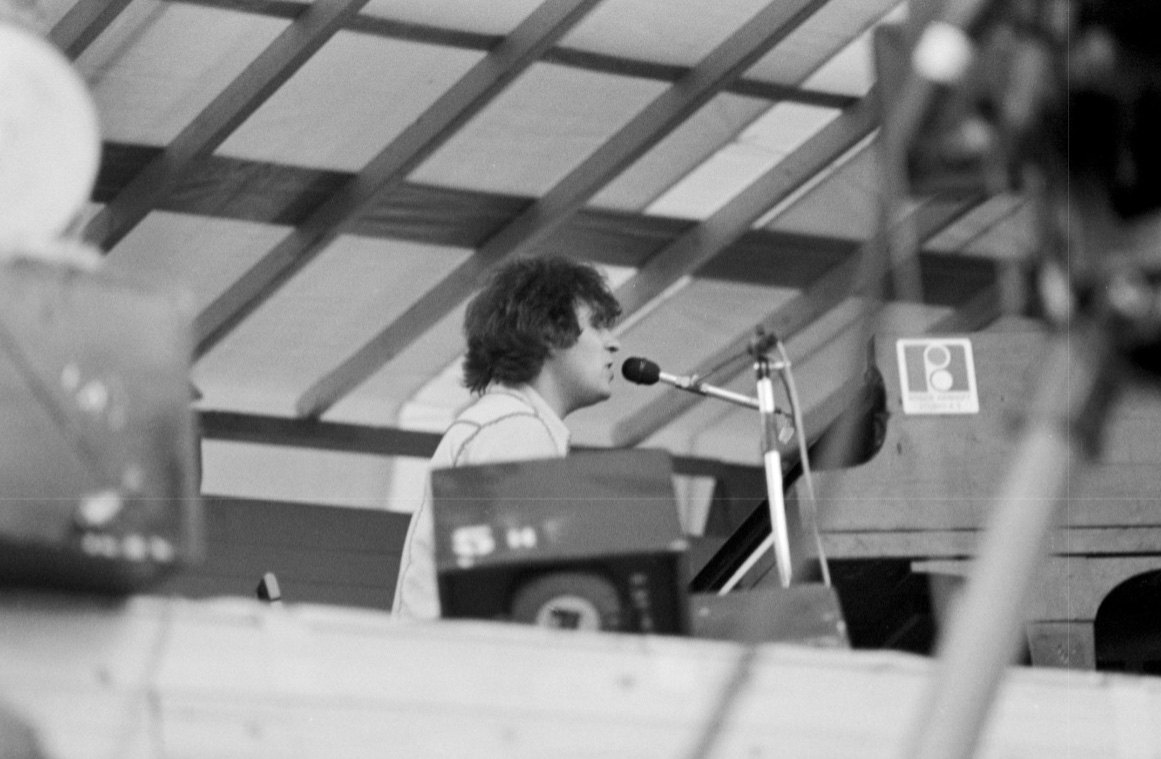 This is the gig where the Hammond organ failed, incidentally 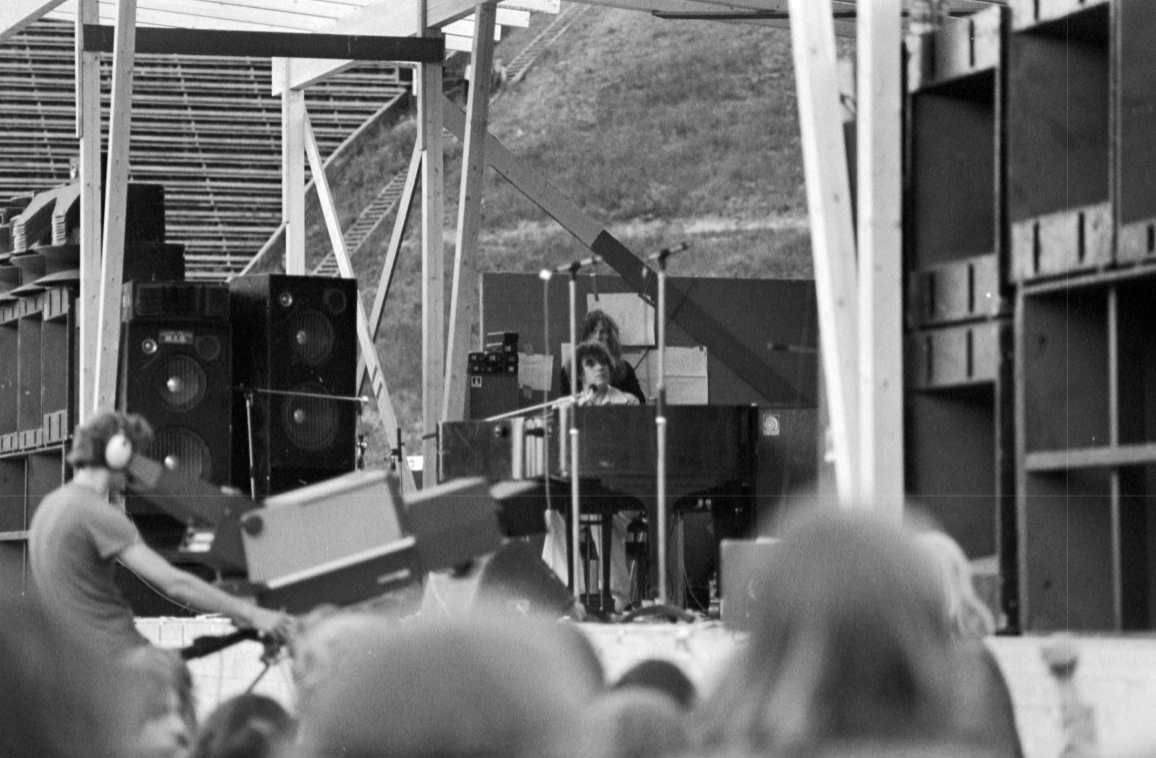 At last, a long shot ... heavy emphasis on speakers, and ski-slope, but still nothing to show the other musicians.
Puzzling placement of microphones. And perhaps that big camera was associated with this item?