Ron Richards: Record producer who worked with the Beatles, the Hollies, Gerry and the Pacemakers and Ella Fitzgerald

A modest man who did not push himself forward, Ron Richards was, nevertheless, one of the UK's top record producers. He produced such familiar records as Love Me Do (the Beatles), You'll Never Walk Alone (Gerry and the Pacemakers) and He Ain't Heavy, He's My Brother (the Hollies), and when he sometimes saw others take the credit for what he'd done, he would simply say: "I know what happened."

It took Richards some time to discover the circumstances of his birth. His mother, Mary Lipscombe, worked in a hotel in London's West End and had an affair, it seems, with an Irish jockey, leading to her son's birth in 1929. He was adopted and became Ronald Richard Pratley, which he shortened to Ron Richards for professional purposes. 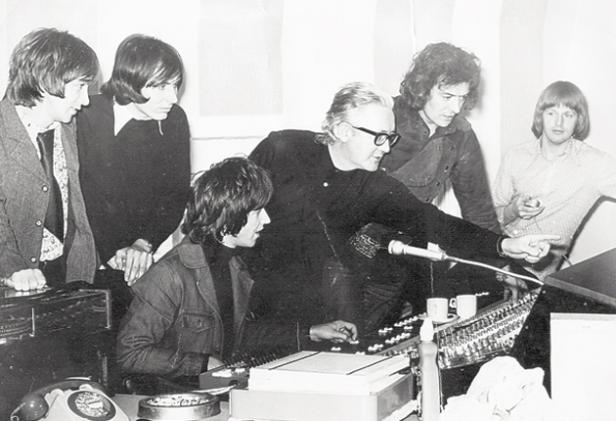 As a child, he became a proficient pianist and, following conscription, he played saxophone in the Central Band of the Royal Air Force. He continued with the RAF for a further three years.

In 1952, Richards became part of London's Tin Pan Alley, based in Denmark Street, London, working as a song plugger for the music publishers Chappell, and later Cavendish. Being a good organiser, he also undertook management duties, and Michael Holliday was a client. In 1954, he married an SRN, Ellen Fraser, who became an osteopath, and they started a family.

In 1958, Richards joined EMI's Parlophone label as a promotions man, but the label's manager, George Martin, quickly noticed his potential for production. Richards discovered the young songwriter Jerry Lordan and produced his hits, I'll Stay Single and Who Could Be Bluer (both 1960) as well as his album, All My Own Work (1961). At the time, it was unusual for a British songwriter to be marketed thus and although the album was not financially successful, he asked Lordan to write for other artists including Shane Fenton and the Fentones, who scored with I'm A Moody Guy (1961). Unusually, the track features Lordan's electric ukulele.

"I didn't really have much choice in the songs I recorded as Shane Fenton," said Alvin Stardust, who took over lead-singer duties in the band when Fenton himself died. "But Ron was very good at finding songs and telling me to learn them. I did that with Cindy's Birthday, which was a hit for me." Around the same time Richards produced Paul Raven (later Gary Glitter), the guitarist Judd Proctor and the Clyde Valley Stompers with their trad interpretation of Peter and the Wolf.

At first Martin was not particularly involved with Parlophone's new signing, the Beatles, and he assigned Richards to produce their first session (with drummer Pete Best) in June 1962. Richards was impressed with the front line, but considered Best unsuitable for recording work. Martin, invited to hear them, thought the same, and he and Richards discussed who should be the band's leader, the dominant Lennon or the good-looking McCartney.

Richards persuaded Martin that Mitch Murray's song, How Do You Do It would be suitable for the Beatles, and the group recorded a lacklustre version with their new drummer, Ringo Starr, in September, along with their own Love Me Do. Still unsatisfied with the results, Richards hired a drummer called Andy White for another session a week later. Between them, Martin and Richards produced the Beatles' first Parlophone single, Love Me Do, which was backed with PS I Love You.

Martin then took control of the Beatles, while Richards worked with another Liverpool band, Gerry and the Pacemakers. They became the first act to go to No 1 with each of their first three singles, How Do You Do It?, the similar sounding I Like It, and using Martin's string arrangement, You'll Never Walk Alone.

Visiting Manchester, Richards was impressed by the Hollies, and produced nearly all of their singles and albums from 1963 to 1975, as well as managing them for a time. He encouraged them to develop a unique harmony sound and, with the engineer Peter Bown, they recorded extremely catchy pop records including a No 1, I'm Alive (1965). When they worked with Peter Sellers on the theme song for the 1966 film After the Fox, Richards found that the arranger and songwriter, Burt Bacharach, had a different approach to recording. When Richards felt a recording was in the can, he moved to the next song, but Bacharach always wanted to keep going. Ron drew a close to the session by remarking that it was 10pm and the pubs closed at half-past.

Richards made early records with the Graham Bond Organisation and the Paramounts, who later developed into Procol Harum. "He always rated Gary Brooker and he was sorry that he didn't make big hits with him," said his son, Andrew. "He was working so hard. At one time, he and George Martin had 23 artists between them. He might be making a Noddy record one day and Ella Fitzgerald the next. He regarded working with Ella as the high point of his career. When she recorded Can't Buy Me Love and People, everyone in the studio gave her a standing ovation."

Richards also produced the mercurial American PJ Proby, who was living in England. Even without his mannerisms, Proby had a remarkable voice, as strong and supple as Tom Jones's, but Richards encouraged him to be mannered and to "lay it on thick". Helped by brandy, Proby parodied the vocal stylings of Billy Eckstine and Dinah Washington to make the hit singles Somewhere and Maria, both from West Side Story, and Richards also produced his albums, PJ Proby (1964) and In Town (1965).

When Richards went to California in 1965 to make a live album with Gerry and the Pacemakers, he talked to his American counterparts and discovered that they received royalties from their hit records. He convinced Martin and John Burgess of EMI and Peter Sullivan of Decca (the godfather of one of his sons) that they should establish an independent production company, AIR. It was a gamble, as Decca and EMI might have allocated their artists to in-house producers, but what company would want to disturb the creative flow between Martin and the Beatles? However, the first big money that came into AIR was from Peter Sullivan's work with Tom Jones and Engelbert Humperdinck.

Richards was keen to push AIR into the lucrative jingles and advertising market as well as music publishing – their company, Maribus, was derived from their surnames. Richards was an astute businessman and with the solicitor Ian Gow (later a Tory minister assassinated by the IRA), AIR became very successful. Richards undertook much of the administrative work for the Beatles' sessions and for the soundtrack of the Yellow Submarine cartoon film.

Whereas Martin was a conduit for the Beatles, Richards had a more schoolmasterly approach with the Hollies (photograph above). He did not think that they matched the Beatles' inventiveness and he tried to dissuade them from moving into psychedelia with King Midas in Reverse (1967). He produced Time Seller, a chart entry for the Spencer Davis Group in 1967, worked with Del Shannon and the prog-rock band Circus, and he made The Air That I Breathe an international hit for the Hollies in 1974.

Richards was calm and controlled in the studio, always smartly dressed in Savile Row suits. The only time he flew into a rage was in 1970 when he and the Hollies were sharing a studio with Phil Spector, who was making George Harrison's album, All Things Must Pass. He returned to the studio to find that Bobby Elliott's drum kit had been damaged. "I wouldn't have been so angry if I'd known Spector carried a gun," he wryly observed.

AIR became highly successful and there were bids for the company from the Dick James Organisation and MAM, but it was in 1974 that the founding partners found themselves divided. Martin, the chairman, favoured an offer from Chrysalis, while Richards, the managing director, was opposed. The stress of all these negotiations affected Richards's health and he left the company once the merger had taken place.

After that, Richards's career became something of an anti-climax. He did some independent production work, notably with Tom Paxton and Prelude, but he lost interest in the big picture. His final album was 5317704 with the Hollies in 1979 (see Procol connection here). By then he felt that record production had become a young man's game. He enjoyed watching his family grow and pursued other interests, like photography and gardening.