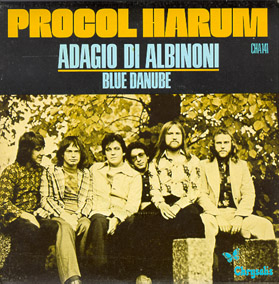 While it's not a rarity, it's interesting to see Shine on Brightly included on the The Roots of Tommy CD ... we thought it was In Held 'Twas in I that had influenced Pete Townshend.

Please send in scans of covers and other compilation details for this page.