Back story of the Players' HERO

From Thunderball by Ian Fleming, 1961

This excerpt from Ian Fleming's 1961 novel Thunderball – read about its complicated authorship here – depicts interaction between the Bond-girl girl Domino and the popular 007 himself. It dates, of course, from a long-gone era when some people considered smoking cool, rather than toxic and repulsive as nowadays. Although in its context the passage serves primarily to characterise Domino, Procol fans will probably be taken more by the extended fantasy about the sailor Hero who ends up, morphed into Keith Reid, on the cover of the A Salty Dog album. Now read on ... 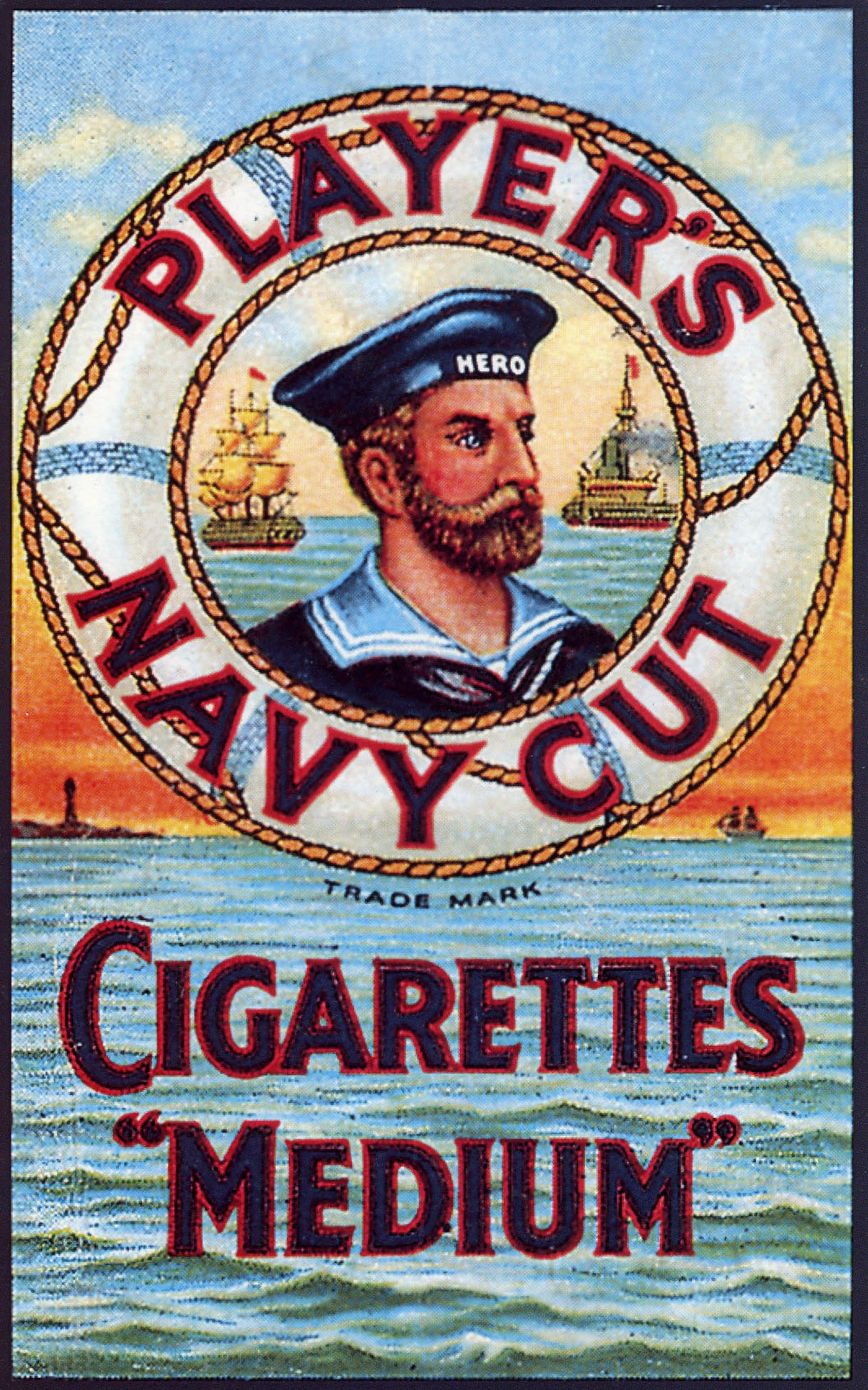 She stopped abruptly. She said, ‘Give me some more champagne. All this silly talking has made me thirsty. And I would like a packet of Players,’ – she laughed – ‘Please, as they say in the advertisements.. I am fed up with just smoking smoke. I need my Hero.’

Bond bought a packet from the cigarette girl. He said,

‘What’s that about a hero?’

She had entirely changed. Her bitterness had gone, and the lines of strain on her face. She had softened. She was suddenly a girl out for the evening.

‘Ah, you don’t know! My one true love! The man of my dreams. The sailor on the front of the packet of Players. You have never thought about him as I have.’

She came closer to him on the banquette and held the packet under his eyes.

‘You don’t understand the romance of this wonderful picture – one of the great masterpieces of the world. This man,’ she pointed, ‘was the first man I ever sinned with. I took him into the woods, I loved him in the dormitory, I spent nearly all my pocket money on him. In exchange, he introduced me to the great world outside the Cheltenham Ladies’ College. He grew me up. He put me at ease with boys of my own age. He kept me company when I was lonely or afraid of being young. He encouraged me, gave me assurance. Have you neyer thought of the romance behind this picture? You see nothing, yet the whole of England is there! Listen,’ she took his arm eagerly, ‘this is the story of Hero, the name on his cap badge. At first he was a young man, a powder monkey or whatever they called it, in that sailing ship behind his right ear. It was a hard time for him. Weevils in the biscuits, hit with marlinspikes and ropes’ ends and things, sent up aloft to the top of all that rigging where the flag flies. But he persevered. He began to grow a moustache. He was fair-haired and rather too pretty,’ she giggled, ‘he may even have had to fight for his virtue, or whatever men call it, among all those hammocks. But you can see from his face – that line of concentration between his eyes – and from his fine head, that he was a man to get on.’ She paused and swallowed a glass of champagne. The dimples were now deep holes in her cheeks. ‘Are you listening to me ? You are not bored having to listen about my hero ?’

A Salty Dog |  Click here to enjoy another, well-stocked page on this graphical topic