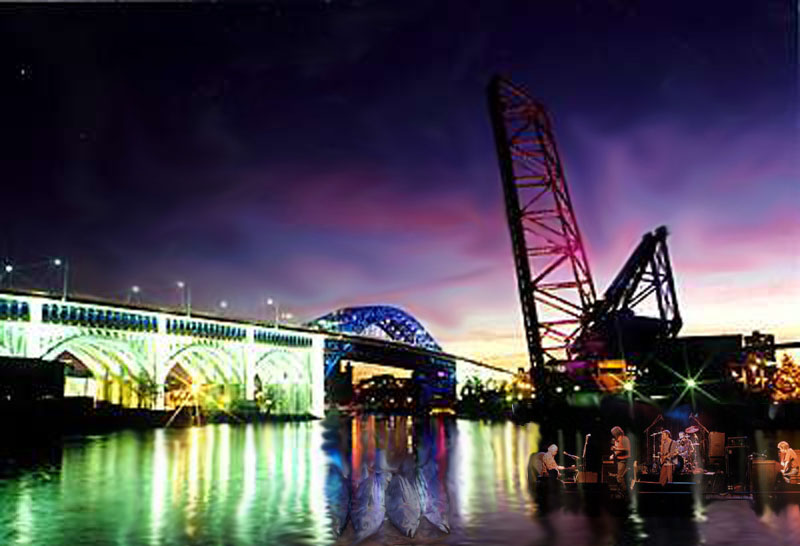 I was at the concert in Cleveland where they played on a barge on Lake Erie. It was the Tuesday [sic] before the Toronto concert : I went to both. It was the first time I had seen them play since 1977 and the last two times since.

I have made a little picture of the concert. This image is of the Cuyahoga just off Lake Erie, not exactly where the barge was, but close. There were dead fishes floating in the Lake because Gary made note of 'all the dead little fishies'.

Few people were there but it was good to see them live again. A Salty Dog was most impressive because of the lighthouse that was visible off to my left.