Mentioned in a Gram Parsons biography 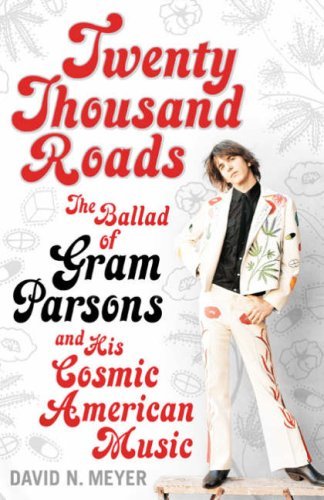 John Commons writes to BtP (January 2013) with this snippet from  David Meyer’s book, Twenty Thousand Roads: the Ballad of Gram Parsons and his cosmic American music.

In Philadelphia Gram bought everyone turbans to wear onstage. They were both ridiculous and an obscure homage to the crazily dressed soul singers of the past. “In Philly the shows were great,” Vosse says. “One night they opened for Three Dog Night and one night for Procol Harum. Procol Harum's road manager was Nick  [sic] Brigden, who has since become a big shot at Bill Graham Presents. He was the sweetest and most professional guy. That night everything got done well because Bridgen [sic] took care of it. I hadn't been on the road much and I thought, ‘Oh, my God, this is the way it’s supposed to go.’ It was all done simply and professionally. They got the equipment ready and did a sound check, and none of this was being done with Phil.

“The band felt good because it was a much bigger crowd. Three Dog Night was huge then. “It was a good audience, and they played well at both of those shows. They weren't intimidated, but goaded that this crowd would expect them to do a good job. We went to Philly from New York – from catastrophe to that.”

An entourage member remembers the groupie habits of the Burritos on tour: “Philly was the only place on the tour I remember Gram not sleeping with floozies. The rest of them would go for groupies except for Ethridge. He was chaste. Gram never did groupies. He would go to bars and pick up [hardcore bar girls] who were older than him. Keith Richards talks about these hardened bar-girls in Topanga Canyon who would cry when Gram sang. Gram was drawn to these people. They were soulful to him. And they didn't have an agenda. They didn't know who the fuck he was and he was drunk by the time he made his choice anyhow. They would be in their thirties and not particularly beautiful. You wouldn't see them. They would be gone the next day.

A former road-manager for Humble Pie, Mountain, and Peter Frampton, Mick Brigden (this is the correct spelling of both words) served as vice president of the management division of Bill Graham Presents. A grape-grower in Sonoma County California, he presently manages Joe Satriani.