New scans from a pristine programme

Printed in one colour on a heavy, textured paper in a pale parchment colour, the three-panel programme measures 606 x 202 mm 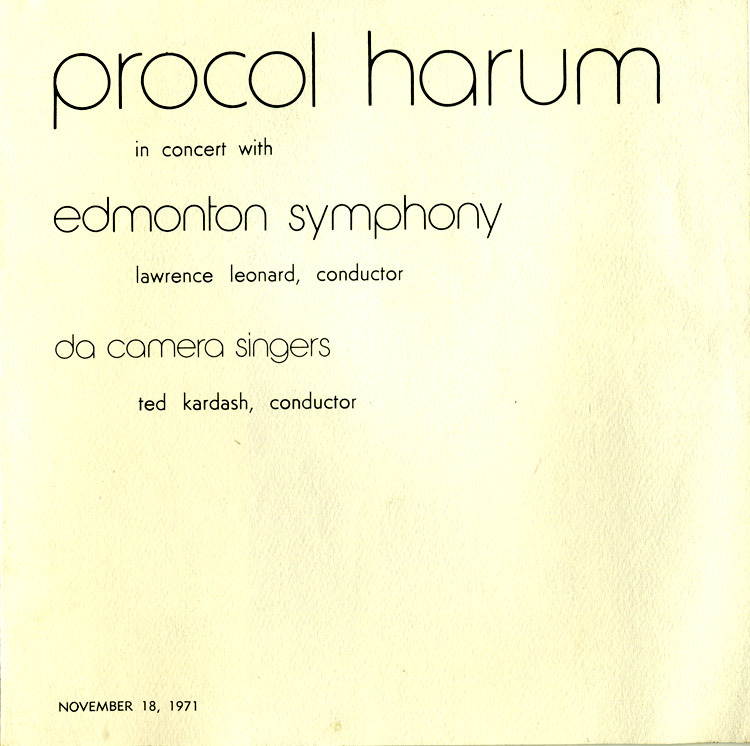 Note the then-daring rejection of upper-case letters, and the transAtlantic-style date with the number after the month.
Lawrence Leonard's name did not appear on the album anyway, nor did that of Ted Kardash 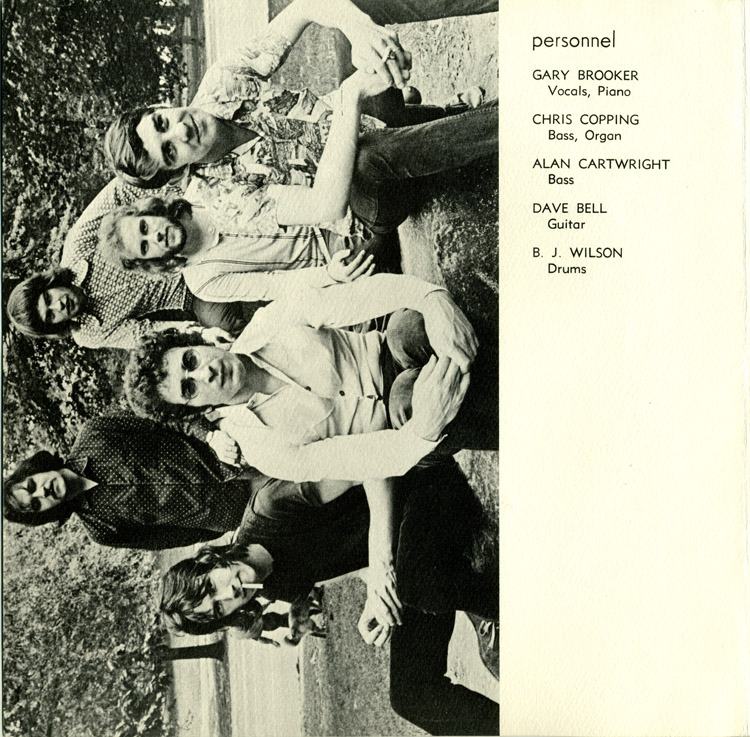 The Procol personnel, depicted at right-angles to the reading direction. Keith Reid, arguably the central figure in the photograph,
is not mentioned in the credits, though of course he did perform on the night. Dave Ball's surname is incorrectly rendered 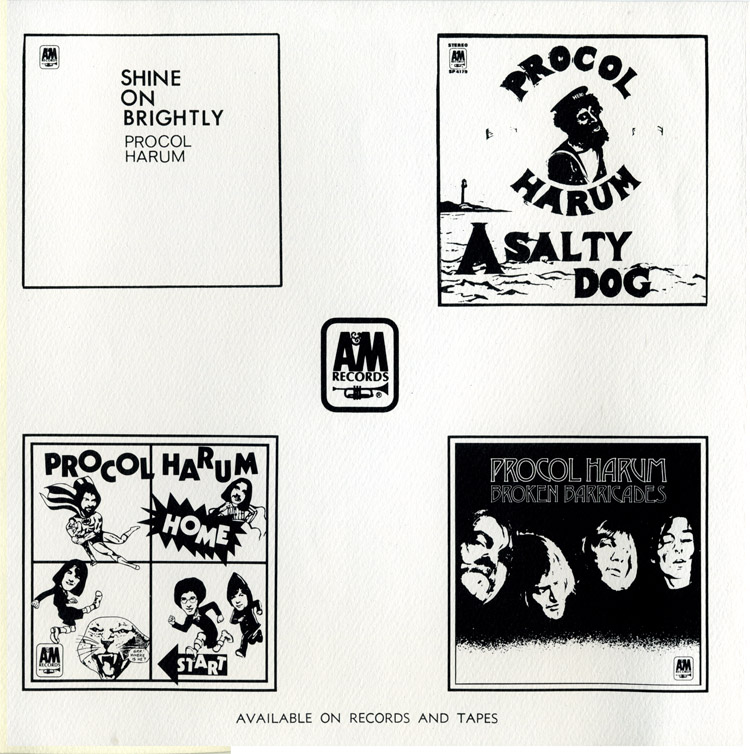 A presentation of Procol Harum's albums (but not including the first one!), in which even the US cover of Shine on Brightly is compromised 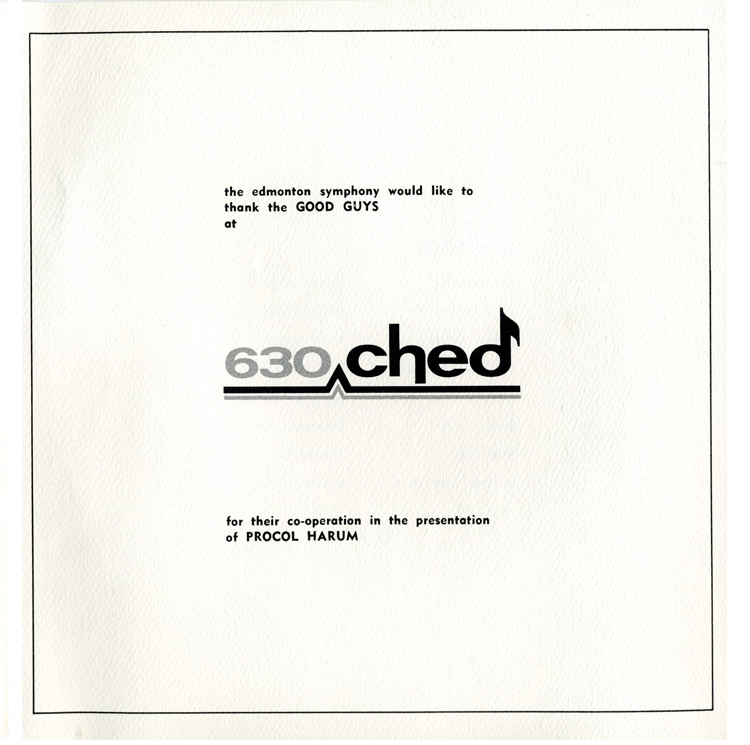 In Procol's native land one would write 'The Edmonton Symphony Orchestra': the omission of 'orchestra' rings oddly
in an English ear. On the album itself, of course, the word was not missing 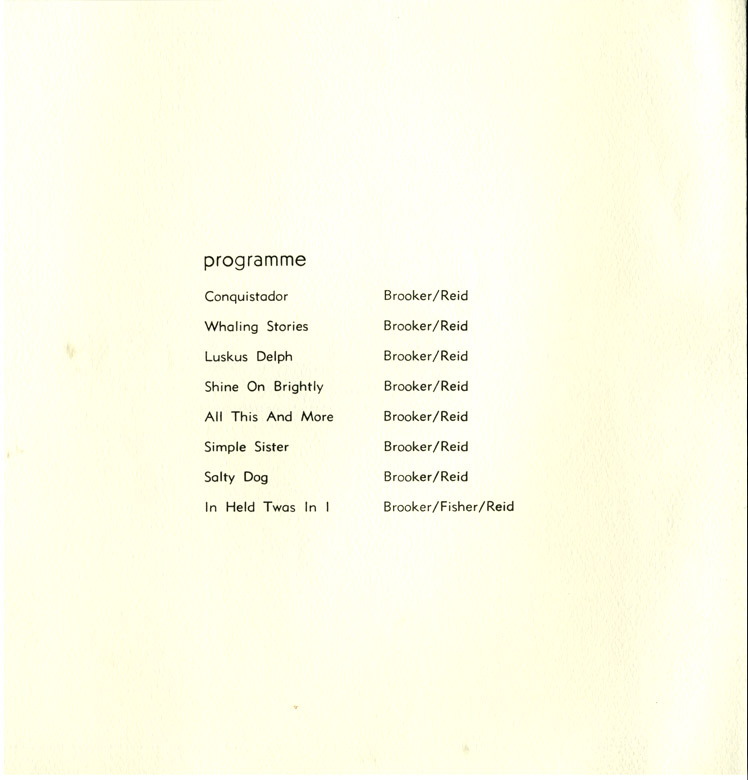 All these pieces have now been released, of course, thanks to the Salvo re-issue, which contains rehearsal recordings of Simple Sister and Shine on Brightly.
A Salty Dog has lost its indefinite article; In Held 'Twas in I has lost its apostrophe. And there's no mention of Repent Walpurgis, which was also played 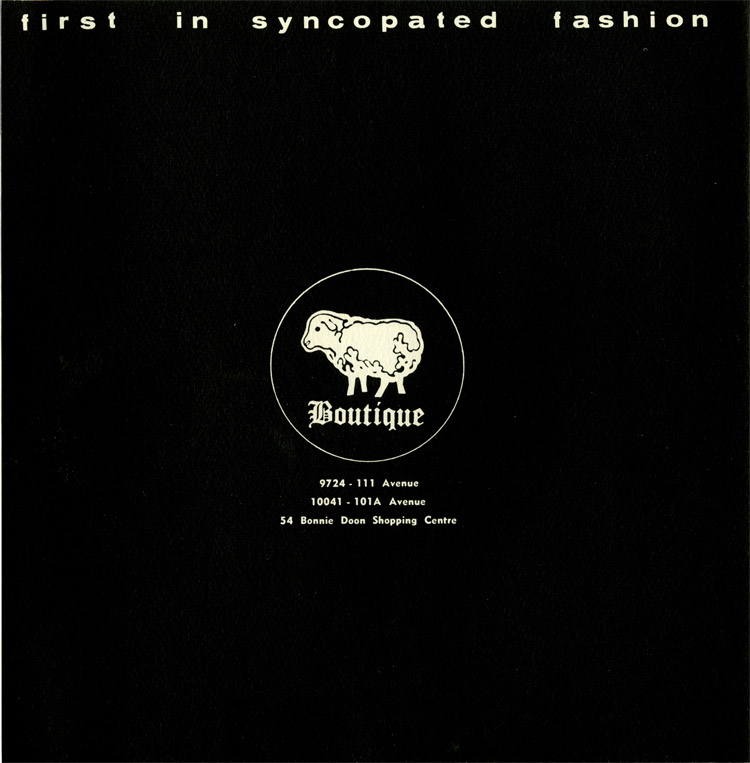 Syncopated fashion ... but is it a syncopated sheep?