It's well-known that Gary Brooker scored Conquistador during the flight to Canada where it was recorded at the Jubilee Auditorium, Edmonton, later to become a big hit possibly featuring the largest aggregation of musicians to play together live on a chart recording. Here for the first time are three glimpses of the actual score. 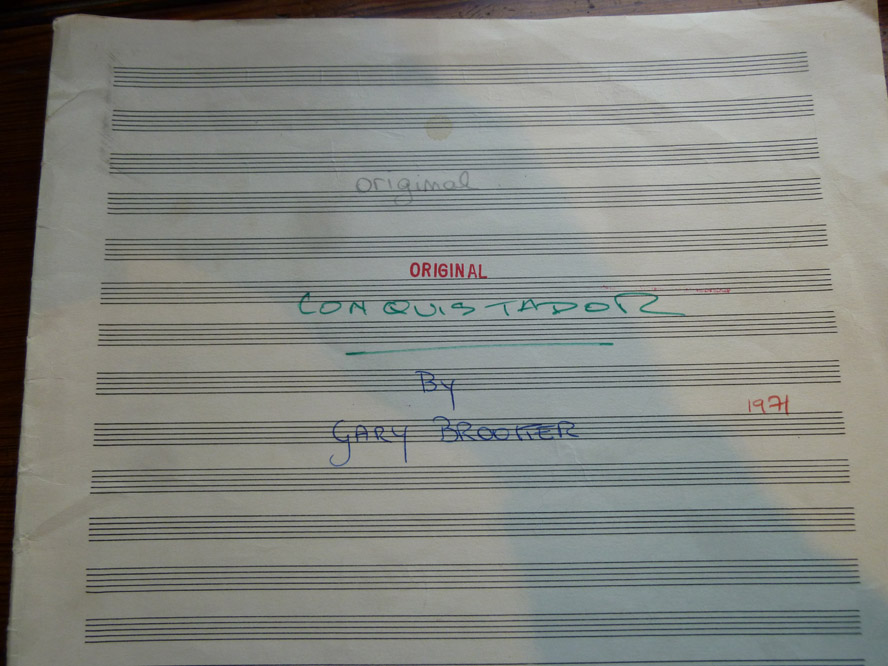 The word 'original' is possibly in Franky Brooker's handwriting. This precious score lives in one of the library drawers in Brooker's studio above his barn rehearsal room 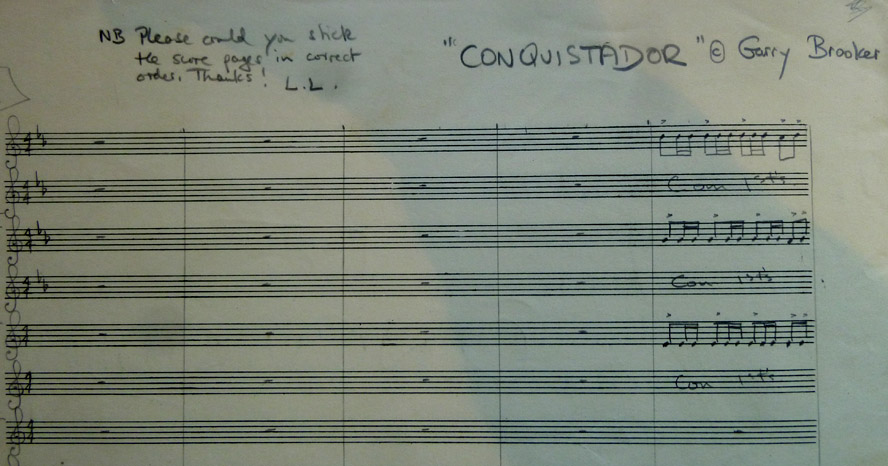 This fragment of the full score shows that the instrumental parts were written out in their correct keys – the transposition was not left to the copyists.
This requires a clear head and careful discipline, specially in the cramped and noisy confines of an airliner with no instrument to hand
to check the work. And, let's be frank, with no training in the art of scoring beyond the book Gary found at his father's place,
and other tomes of theoretical lore from which he taught himself. The flats in the key-signatures, fwiw, are in reverse order.

At the top of this page, conductor Lawrence Leonard's note says' 'Please could you stick the score pages in correct order. Thanks!'
They are loose, as the next shot shows. Note that it presumably not Garry [sic] himself who wrote his name by the copyright symbol. 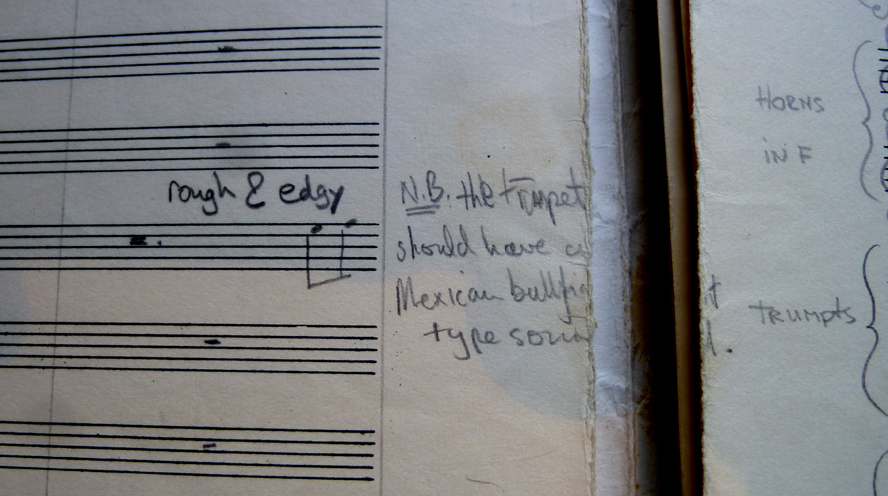 Gary's note says 'N.B. the trumpet should have a Mexican bullfight type sound'. Another hand clarifies this: 'rough & edgy'.
Note how the score has been torn since that note was added; note also signs of haste from whoever wrote in 'Trumpts' [sic] to the right