(A souvenir of London) 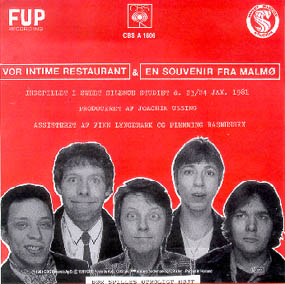 En souvenir fra Malmø (A Souvenir of London): CBS Denmark 1981. Credited: solely to Frede Fup (not mentioning Brooker / Reid at all). According to the 45, Frede Fup himself wrote the song. The name 'Fup' actually means 'Cheat'.

The arrangement is a bit faster, scored for voice, two guitar, bass and drums and bears no trace of the original's "busker"-arrangement. However the song is very faithful to the original. Though transposed down to D major, the instrumental bits between verses are kept. But Fup has three verses; No 1 and 3 translations of the original except on two points: the venereal gift derives from Malmø, not London, and the last line goes, "What a terrible mess" instead of "There's a lot of it about".

The five-piece band featuring singer Freddy Norbrink ("Frede Fup") existed between 1979 until disbanding in 1993 with a large popular following, which however did not reflect on their ability to sell records. This single from 1981 was not available on any albums, and none of the Fup records have been reissued as CDs. 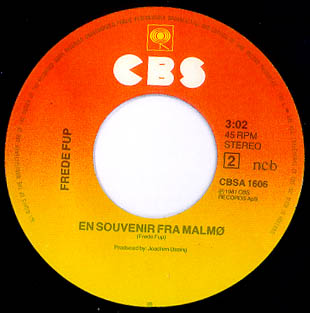