Hurray! The Procol Harum concert in the Falkoner Center was an exciting start for this winter's pop season.

I went to a concert in the Falkoner center with a strange feeling the other day. Top name: Procol Harum. Support: Baronets, the style-changed Rocking Ghosts and the psychedelic group Beefeaters. The style of the Danish groups gave no indication of the concert's contents. And the main name was possibly even more unpredictable to me. Okay, I knew their world chart success A Whiter Shade of Pale, I had seen one single picture of the group, and then I knew that since the recording of A Whiter Shade of Pale the group had undergone some important personnel changes.

So which orchestra and musical style was I to experience? I was going to a concert with a world known band, that no-one knew. Hats off to SBA, who dared to enter such an economically insecure venture. Many must have felt that same insecurity, as they stayed away. The venue was only half filled with people. What a shame for those that did not come.

Procol Harum is not a one-hit wonder. They will stay on the top. This I believe. Their stage gags (Shakespeare dresses, blackout between the songs and not moving a single foot during the whole concert) is unusual, and I would say unusual clever. For even though they remain standing or sitting by their instruments, you dont feel that they lack stage performance. It is so well tempered, that it seems damn natural. 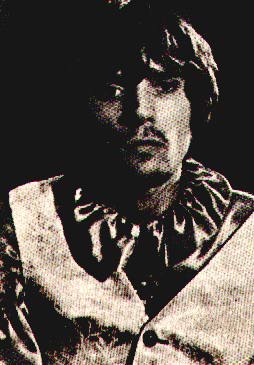 But I think it must have cost lots of efforts to get there. They have charm, these guys. And they are good showmen. The music? I am no world champion in musical opinion: as far as I am concerned, they might put some fingers wrong, or sing a false note, without me noticing. But my wiser colleagues told me that Procol Harums musical technique was good.

What interested me more, was that it sounded wonderful. It was modern pop music, soothing this 'old' editor's ear. It was a wonderful mix of classical music's well-arranged sound, the jazz music as Ray Charles sings, and good, solid old-fashioned beat, when it is at its best. This is modern pop music they way I like it. I could have listened to Procol Harum for hours.

This was good to me, in a time where, according to my ear, after several years unsuccessful trying to smash peoples ears with the volume knot, one now tries to reach exciting rhythms and variations. As I feel when I hear that goal in disharmonic way. 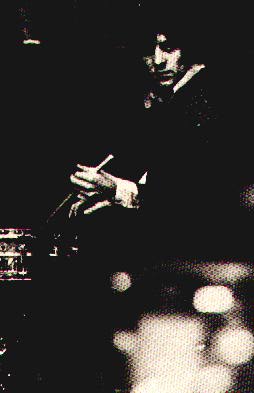 Procol Harum was a wonderful experience. I look forward to their next records, and hopefully soon return.

The Danish Baronets was on a big concert stage for the first time. That was clear enough. They were nervous, but well playing. Rocking Ghosts has changed style (and not too soon I think). Now they comes in Chinese suits and plays krambambolimusic in superphonic modern Indian inspired hocus-pocus style. They are better  ten times better  than before, even though this style feels to me as a personal attack on my musical feeling of beauty. The only one that had not changed was the singer John Andersen. Give him a Chinese suit or give him a black mask and a pirate ribbon. He will still remain John Andersen from the rock-rock-rocking Ghosts days. One expects him to do his youth's jump down to the audience any time. Beefeaters! They are very good. I have seen many psychedelic shows with colours and lights and all that. You can have that all, if Im allowed to see and listen to Beefeaters.

This must have been one of Procol Harum's first concerts with the new line-up. And certainly their first visit to Denmark. Thanks to Axel Leonhardt for digging out this article, which was painstakingly translated to English by Jens.