'I was at a party last night in Aylesbury [UK] and was shown the cellar, which was full of old film reels. One of the small cupboards was labelled ‘Gear Box Procol Harum’ – do you know if the band had any link to Aylesbury? The film reels, as tantalising as they look, seemed to be mainly boring subjects like promotional videos for Unigate dairies and ‘The Story of Coal’! But I didn’t have a chance for a comprehensive look to see if anything music-related was there!

Any info would be very interesting to hear! If I get a chance to explore the reels further, I will do…' 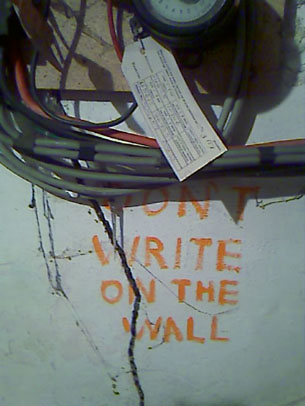 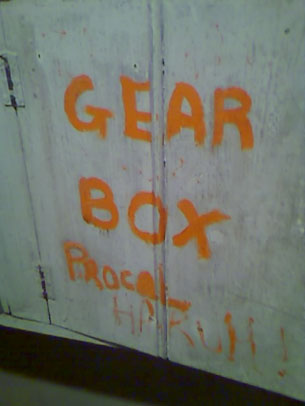 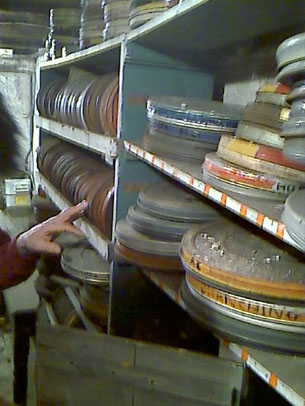 Ben adds, a while later
I’ve been doing some more head-scratching as I was wondering why it had an exclamation mark after 'Harum'. Also the 'Harum' looks like it could have been painted after the original 'Procol'. So I looked to see if there could be any filming term relatiing to the word ‘Procol’ (considering the setting) and I found that there is a term ‘Pro Color’ when discussing film ... see here. Not sure if it is a generally recognised term, or just a marketing term (‘professional color shots can be yours!’)? But it could provide a rather less exciting, but mildly amusing explanation for the message: obviously some film lab assistant had a slow day down in his processing cellar! However, the lady who was holding the party is still going to ask her landlord to see if he can shed any more light on the matter: will keep you informed of any developments (puns intended!)