Obituary for the AWSoP engineer

Joan May wrote to The Beanstalk [September 2012]

The great AWSoP sound engineer, Keith Grant, passed away in June of this year but I didn't see a decent article about it, just a couple of message board mentions, until now [Daily Telegraph, 13 September]. See [below] for a comprehensive obituary - despite the 'Procul' - including an interesting anecdote about a violin.

Keith Grant, who has died aged 71, was one of Britain’s most influential audio engineers, and the colourful force behind Olympic, the country’s most successful independent recording studios. 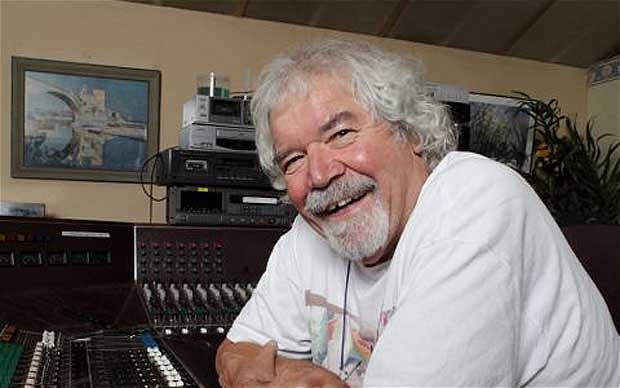 The list of acts which recorded at Olympic – both at its original West End location and its later home in Barnes, south-west London – reads like a Who’s Who of popular music. The Rolling Stones laid down the bulk of six albums there, and when in 1967 The Beatles ventured outside the confines of EMI’s Abbey Road studio for only the second time to cut Baby, You’re A Rich Man, they chose Olympic Studios, specifically demanding to work with Grant. Other musical luminaries who made hit records at Olympic include Led Zeppelin, The Jimi Hendrix Experience, The Eagles, BB King, Pink Floyd and David Bowie.


But Olympic was more than just a studio. It also became recognised as the place to hang out for Swinging Sixties celebrities. “[John] Lennon’s Rolls-Royce would often be outside, even though he wasn’t working,” Grant recalled. “They used the place as a floating nightclub base. From one o’clock in the morning, there could be anybody in there. They’d just turn up to hang out and then get involved in each other’s sessions.”
Behind the mixing desk, Grant personally recorded about 120 Top 20 hits, including Dusty Springfield’s début solo single I Only Want To Be With You in 1963, The Troggs’ 1966 US number one Wild Thing, and Procul [sic] Harum’s Whiter Shade of Pale, released in 1967. He also nurtured a passion for classical and orchestral music, and engineered numerous scores for films such as The English Patient, Cry Freedom, The Italian Job, Shadowlands, The Fisher King, Life Of Brian, Shirley Valentine and Jesus Christ Superstar.

His motto was that “nothing should ever get in the way of the music”, and he went to extraordinary lengths to ensure that was the case. During the move to the former Guild TV premises in Barnes, for example, Grant enlisted his father, an architect, to help him with the acoustics for Studio One, which became renowned as one of the best recording spaces in London. Olympic Studio Two, meanwhile, was equipped with a revolutionary “floating box” system for soundproofing purposes, and became such a favourite with rock groups that Mick Jagger even designed its vibrant décor.

Grant’s demanding nature was a backdrop to some outrageous practical jokes. The story is told of one infamous orchestral session at which he had a stand-up row with the violinist Patrick Halling over the placement of a microphone. As the two raged at each other Grant threw Halling’s priceless Guarneri violin to the floor and jumped on it, smashing it to smithereens. With visibly shocked members of the orchestra trying to process what they had just seen, Grant magically produced the Guarneri, which he had deftly switched for a worthless mass-produced instrument.
Keith Robertson Grant was born in King’s Lynn on 16 February 1941 but grew up in New Malden, Surrey, where his father Robertson Reid Grant was an architect working for the North West London Regional Hospital Board. Keith, dyslexic, struggled at school but in his spare time developed a talent for building his own audio equipment.

In 1957, on his sixteenth birthday, he secured his first job, as a recording engineer at Regent Sound Studios in Denmark Street – London’s “Tin Pan Alley”. Within a year he had been poached by IBC Studios in Portland Place and in 1959 moved on again to Olympic in Carlton Street, then owned by the blind young business impresario, Angus McKenzie. Having redesigned the studio’s internal acoustics and attracted an array of new clients, Grant was promoted manager of Olympic in 1961, when he was just twenty.

Four years later, when McKenzie sold his shares in the company to Cliff Adams (known for his popular vocal group The Cliff Adams Singers) and John Shakespeare, Grant was asked to locate and oversee the design of a new studio because the building at Carlton Street was being demolished.

In 1987, after twenty years in Barnes, Olympic Studios was suddenly sold to Virgin. Grant, who was in the middle of engineering the score to Cry Freedom, departed, managing to get a new recording facility up and running at Twickenham Film Studios in under a week, so completing the project on time.

Grant later built a recording studio inside All Saints' Church, Petersham, where he continued to specialise in recording orchestral film scores and, when All Saints was sold by the Church Commissioners, he set up a final studio in the grounds of his home at Sunbury-on-Thames. A collector of musical instruments, including a roll-playing organ, he also loved spending time on boats, both at sea and on inland waterways. He was happiest on the Thames in his skiff Boozer, and was on the river when he died.

Keith Grant was twice married and had two sons and two daughters. They survive him as does his second wife, Jenny, whom he married in 1979.

Also, I found the following acknowledgment of Grant by Matthew Fisher circa 2002 in a Usenet Archive - see Google Groups, Old Version, Search Groups for "Keith Grant." The posts are compiled into one file. The author of this section is "mcp6453" - not further identified, as far as I can see.

,,,,, Here is part of an e-mail that I received from Matthew Fisher (organist on AWSoP). I don't think he would mind me posting this...
.
"AWSoP was recorded in the old Olympic #2 studio in Barnes. I don't remember what microphones they used, but I subsequently noticed they used a lot of AKG C12As and Neumann U67s. (The C12A was the tube version of the C414 and the U67 the tube version of the U87.). They also used Beyer and AKG dynamic mikes on snare drums, bass drums, etc.

"The engineer was a guy called Keith Grant (who's still going strong) and the machine would have been some kind of Ampex 4-track. All the consoles at Olympic in those days were built by a firm called Helios (led by a guy called Dick Swettenham). The track layout was:
Track 1: Bass & Drums
Track 2: Piano & Gtr
Track 3: Organ
Track 4: Vocal
and there were NO OVERDUBS (not even the vocal)!

"During the mix, the engineer compressed the Piano & Gtr track, which had a lot to do with the 'swirly' sound of the record. Other factors are that there was a great deal of leakage from the cymbals into Gary's vocal mike and that the balance of the mikes on the Leslie was a bit bottom-heavy."

More about A Whiter Shade of Pale | Filmed interview here