From Elton the Biography

Brooker and Reid open the door for literate and intelligent lyricists

Brooker & Reid open the door for literate and intelligent lyricists, even poets, to become part of the pop world.

This short extract (from p55–56) of this delightfully comprehensive biography of the great man is indicative of the detail and quality of writing in this fine volume, by David Buckley, published 2007 by Andre Deutsch, which is for sale at good bookshops and at Amazon.

(following a discussion of the Beatles and Sgt Pepper) 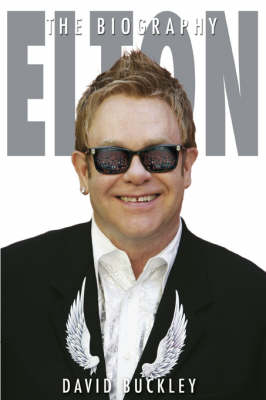 Yet perhaps more directly influential on the future Elton John that summer was to be the sounds of Procol Harum’s UK No 1 A Whiter Shade of Pale.  The dreamy, surrealistic lyrics and the saddened, stately organ music were ethereal and unique. Interestingly, the song had developed, according to the generally accepted dictates of popular music, the wrong way round.  At the time when the majority of pop songs started as pieces of music first, with the lyrics added later, Procol Harum’s Keith Reid wrote the lyric first and then the music was layered on top. The possibility now arose for literate and intelligent lyricists, even poets, to become part of the pop world.

Reg Dwight was on tour with Bluesology in Newcastle when he read Liberty’s ad for new talent, had applied and then was invited down to speak to Ray Williams at the new label.  In later interviews Elton was to say  “I didn’t know what I wanted to do., I just wanted to come off the road.  I can’t write lyrics and I can’t sing well (!) but I think I can write songs.”

He ended up performing five Jim Reeves songs ... he was turned down flat but left with a recommendation from Ray Williams to make some demos and try DJM, the publisher of the Beatles music.

There was another applicant who couldn’t sing and couldn’t even play.

(Ray Williams) “I remember that basically he was a poet, but that he thought that some of his work might fit well with music. However he didn’t write music so asked me if I knew anybody who did”

The poet’s name was Bernard Taupin.

Buy this book from Amazon UK

Buy this book from Amazon USA