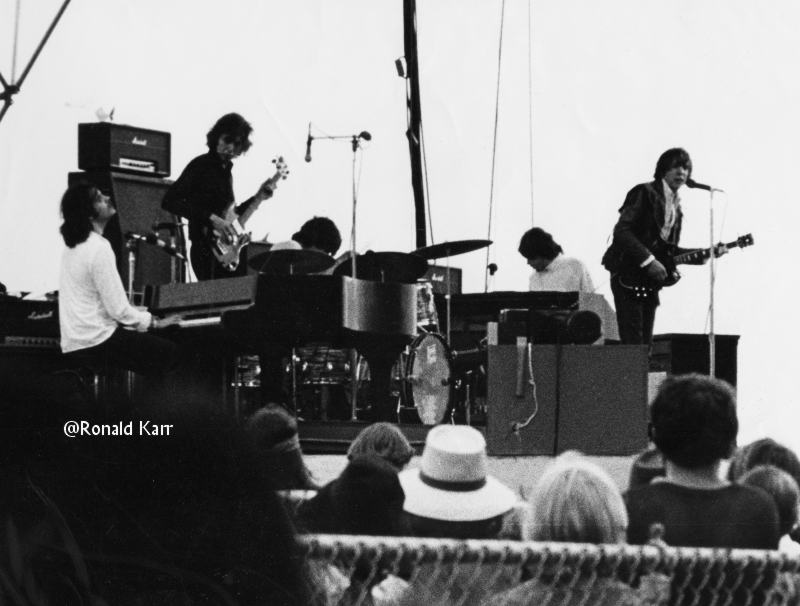 This excellent Procol photograph is reproduced by kind permission of the photographer, Ron Karr: it is part of a substantial Rock Concert Gallery, which is well worth a visit. Following BtP's interest in the picture above, Ron kindly unearthed another shot from the same reel for us ... see below. 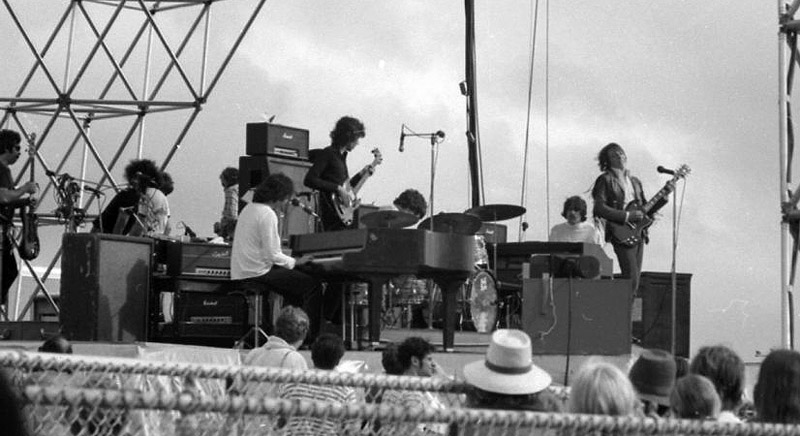 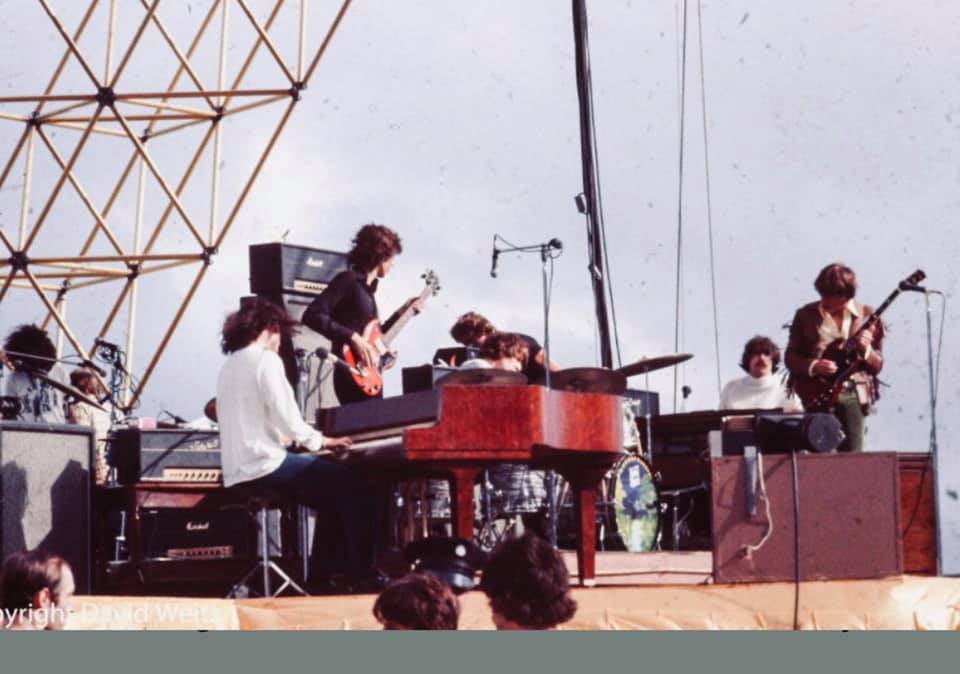 A third picture, not by Ronald, but evidently taken at pretty well the same moment

Here's an exchange from one of the many Procol Harum Facebook pages, between two fans who shared some interesting reminiscences about this show:

Bruce
I was there for Atlantic City Pop. They opened with Quite Rightly So under overcast skies. I still remember it as an epic performance. A Salty Dog was just released two months before. Musical heroes and never missed a concert if they were playing in the area.


Richard
I was there. During the late evening people broke into the venue, and someone was playing AWSoP on an organ while people dispersed, running like crazy to avoid getting nabbed by security before they could get out to the parking lot.


Bruce
The band played in the mid-afternoon. Never knew of this at all. You must have been in another section of the horse race track How did someone get an organ into the seating area? Very curious.


Richard
It happened in a tunnel leading to the stage area of the stadium. That was where those roaming around inside heard the organ music. It was during the evening after all shows were finished I believe so that may have made it very late night/ early early morning.


Bruce
Richard, thanks for your reply. Never knew that happened as I was still seated toward the middle. The music each night lasted toward midnight each day of the weekend. That was a memory that will last a lifetime. Two weeks before Woodstock and plenty of the bands there were promoting that festival. I was too young at the time to travel up there. Really wanted to. Atlantic City was a heckuva lot more organized and in retrospect, enjoyable.


Richard
Bruce yes, it was a classic show for sure. The “troubles” of which I wrote were rather minor; it’s just what stuck in my mind that particular evening. I did make it to Woodstock (hitchhiked from Pittsburgh) a couple of weeks later. Wasn’t the best show I saw during those days though. The top show to me was in autumn of ’68 in Pittsburgh where in the Stanley Theater we saw The Fugs (tremendous! I sat on stage in the wings for that and found a letter there on stage from a girl I knew addressed to one of the Fugs), Lou Reed and the Velvet Underground (great), and the Grateful Dead (jam band nonsense).


Bruce
Fugs did make me laugh out loud at the time. Probably the antithesis of what Procol was doing, however. Best to you.

Setlist for this gig | See also