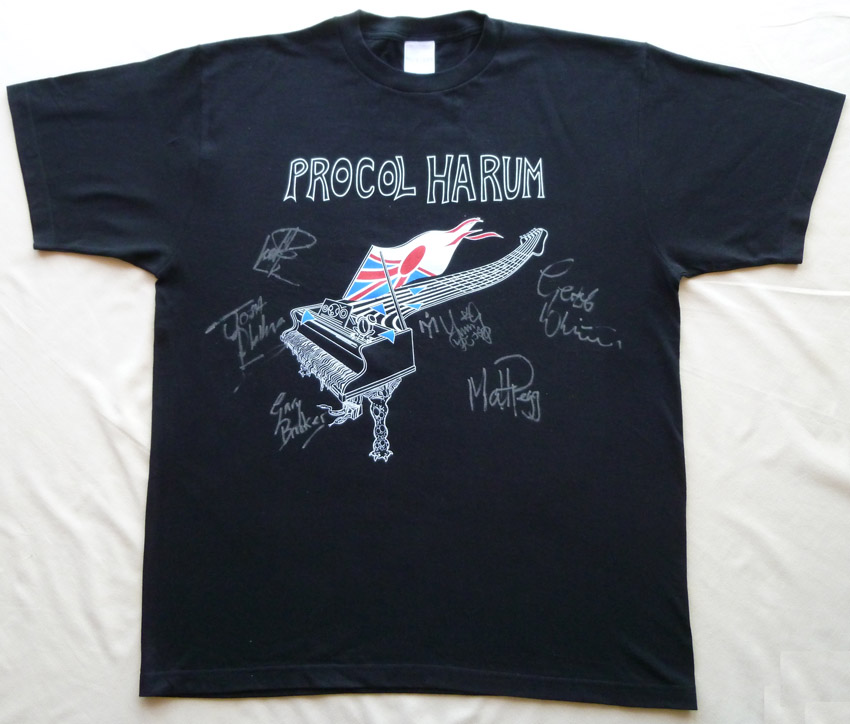 This particular specimen is signed by Gary Brooker, Geoff Whitehorn, Matt Pegg, Josh Philips, Geoff Dunn, and Yumi Matsutoya
and you can win it – or many other fine prizes – in the 'Beyond the Pale' Christmas Puzzles 2012 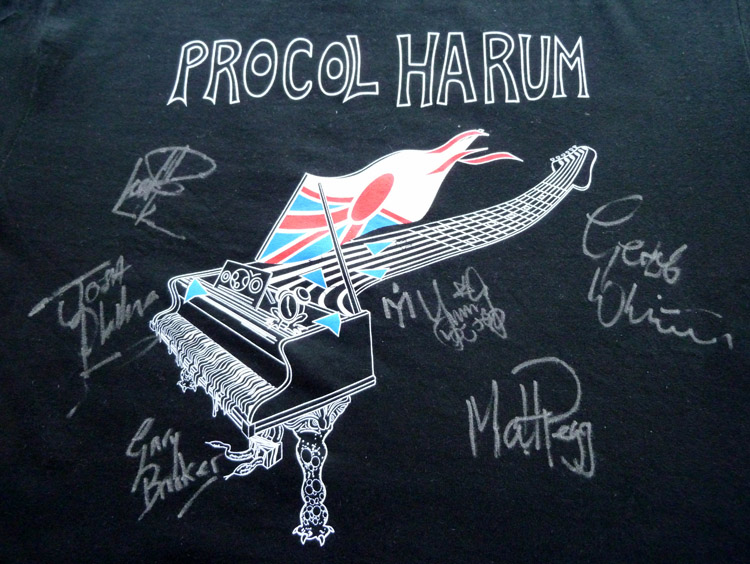 The piano image derives from George Underwood's classic design for the UK original Shine on Brightly album in 1968.
Piano and guitar combine in this variant, which also shows the UK's Union Flag shedding some triangles of blue to reveal
the Japanese flag beneath it. Doubtless problematic to vexillologists, but pleasing to Procol fans 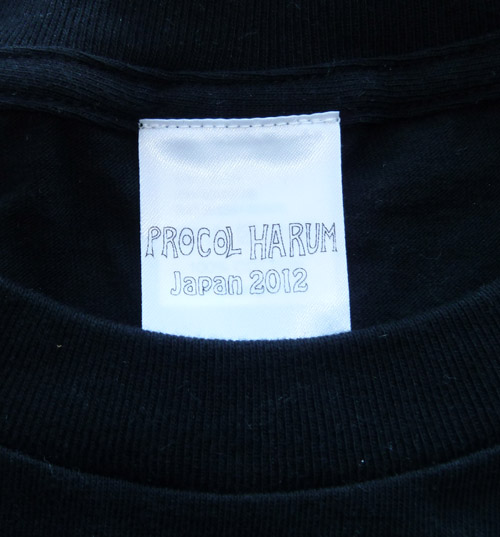 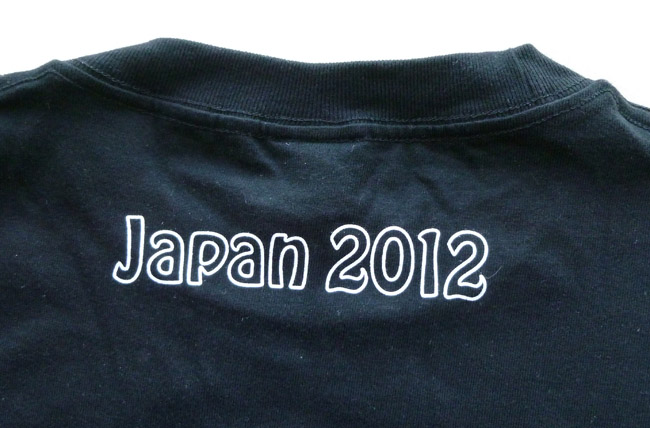 A matter-of-fact proclamation on the back of the garment