Readers in Europe will certainly know about the economic problems in Greece – the so-called 'Greek Tragedy' – and the joint European effort to help the Greek government salvage the Euro (the joint currency of the European Economic Community). One of the most interesting endeavours has been the relaxing, in almost all EEC countries, of restrictions governing touring musicians abroad: this has meant that Greek musicians (in Rock, classical, and folk music) have been able to gig in many more territories than usual. Recent reports pleasingly suggest that this relaxation of embargoes has now also extended to the USA, which is showing its solidarity with Allied thinking. For every Greek musician who performs abroad, more money finds its way back into the Greek economy; and artists like Demis Roussus,Ypogeia Revmata, Pinch Punch, and Vangelis are already experiencing career revivals as a result, fulfilling the Greek quota with gigs as far afield as Iceland, Estonia, and Massachusetts. 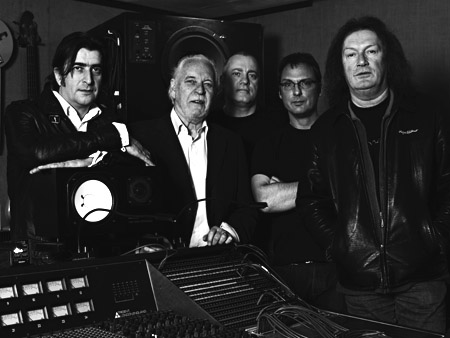 For Procol Harum fans, of course, this can only be a bad thing (unless they are also Ypogeia Revmata fans), since non-Greek musicians are simultaneously experiencing a down-swing in bookings. But there is also hope, based on the recent recession in the British currency. As the Pound Sterling continues to experience pressure, a call has arisen among leading UK politicians (and in the European Parliament) that a similar lifting of territorial quotas should come into force for British bands and orchestras.

If this 'Send Bands Aboard' (SBA) initiative goes ahead, British musicians will be second only to Greek ensembles in terms of the easy work they can get in foreign territories – again including the USA. Visa requirements are likely to be lifted and fast-tracking through airports – where a travelling band spends, on average, 35% of its 'road' time – will greatly enhance the attractiveness of touring for 'mature' rock ensembles who have paid their dues in Immigration Control many hundreds of times over.

If this SBA legislation is passed – and a rapid adjudication seems very likely in view of the imminent announcement of the UK's General Election – a band like Procol Harum will be in great demand, and we can look forward to dozens more Procol gigs abroad as they fulfil their obligation to bolster the home economy with overseas earnings. And since British bands and orchestras will almost certainly be required still to earn a certain percentage of their income in the UK, the proposed legislation even increases the possibility of a UK Procol Harum tour.

Britain's beleaguered government will not take the decision to 'Send Bands Abroad' unless a genuine swell of popular support can be demonstrated, but 'Beyond the Pale' readers can readily contribute to this. So long as the messages are forwarded to Downing Street through a website with UK connections, the country-of-origin of your messages will not be relevant. Accordingly, please click here and send your brief petition of support for 'Send Bands Abroad'; mention Procol Harum, of course, and also state what town/country you would like to see them playing in.

A speedy response is urged: in Britain the financial year is about to end, and Government Departments are keen to spend what money remains in their budgets (if they underspend in one year, they will suffer a reduced allocation of central funds in the next).

You may not care about helping foreign economies, but your support now could ensure a prosperous touring future for Procol Harum.

Features at 'Beyond the Pale'