Gary Brooker reflects on Procol Harum and the Edmonton Symphony 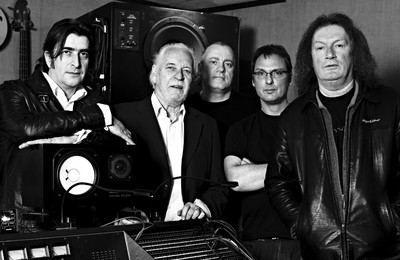 Gary Brooker, albeit a talented keyboard player, unique singer and songwriter, was only 22 when he and the other members of Procol Harum recorded Whiter Shade of Pale.

The band returns to Edmonton to reprise its 1970 concert with the Edmonton Symphony, a recording of which become one of the best-selling releases. The shows are at the Winspear Centre on 9 and 10 November.

It was their very first single! And went on to become one of the most recognised songs in the pop music world. Was it like being in a gilded cage for the musician, to be known for an entire career for one song?

Not at all, says Brooker, now an official senior citizen, having just turned 65.

While Procol Harum has always been an ongoing concern – a “half-time” project in the last few decades – he was able to have a fulfilling musical destiny both within and outside of the band.

Remember, Brooker is part of that late ’60s group of young English rock musicians who continued to grow musically and play all their lives. He’s played on albums and toured with Eric Clapton, Bill Wyman, Ringo Starr and many, many others. He was a prime organiser and player in the George Harrison memorial concert.

“I had a bit of fame with Whiter Shade of Pale,” he says, “but never overwhelming. It’s always been manageable little bites of that particular apple.”

“In the beginning, neither ourselves nor our audiences considered Whiter Shade of Pale to be our most important song. Salty Dog was a better piece of music. Conquistador was more singable.”

Whiter Shade of Pale, suggests Gary, snuck up on everybody over the past 40 years (!) to become a “mythic” song.

“It’s like people used it for their wedding song, then played it again at their silver anniversary. And their kids heard it, and liked it, and on it’s gone.”

Whiter Shade of Pale wasn’t even on the set list when Procol Harum came to Edmonton about 1970 to play with the Edmonton Symphony.

“Our first two albums had songs with classical influence, like In Held 'Twas in I and Salty Dog. We were invited to the Stratford Festival, to do some special arrangements for a choir and chamber orchestra.

“Somebody from the Edmonton Symphony was there, and obviously liked the show.”

It was only at the last minute, says Gary, that a decision was made to record the show at the Jubilee Auditorium.

Good thing they did. The album, Procol Harum Live with the Edmonton Symphony Orchestra went on to be one of the band’s best-selling albums … and is likely in the vinyl collections of thousands of plus-50 Edmontonians.

“Like I said, we didn’t even have Whiter Shade of Pale on the set list, and nobody missed it,” says Gary of that show.

“But we did play Conquistador (from their first album, never previously released as a single)” and with the orchestral arrangement it had a new spirit. Plus it was the only song that was three minutes long. Everything else was at least 15 minutes!”

So Conquistador, backed by the symphony, was released as a single, was a hit, and propelled the album to #5 on the American charts.

I’ve always wondered why England produced so much enduring and ambitious and talented and so young rock musicians in the late ’60s and early ’70s.

Brooker has an explanation.

“It’s a small country. We were closer together as a group of musicians. If you were 14 and wanted to be in a band, we were all inspired by the American rhythm ‘n’ blues, by blues. We wanted to do something that meant something, with the same emotion as the black Americans.

“The classical and melodic influences came from our childhoods. In those days, as we grew up we all went to church. In the schools we had singing and prayers. They taught music in the schools. We heard a lot of classical music. It was the only thing on the radio. Plus we had a lot of Euro influences – we’d have heard Hungarian gypsy folk music. It was just around.

“So suddenly it exploded. Suddenly music was a new thing, and it was open. We didn’t need to be confined to three minute songs. We could do whatever we liked. And most of it was extremely good then, and it’s still extremely good now!”

And, by the way, yes, they will play Whiter Shade of Pale this time around with the Edmonton Symphony. “We have an orchestral arrangement,” he admits.

“Are you coming to the concert?” he asks. “That’s good. It could be our last reunion with the Edmonton Symphony!”

Procol Harum concerts in 2010: index page | This story in its original context here