Fans will no doubt remember that No More Fear of Flring was a minor hit in The Netherlands – see here for a television broadcast of the same – now you can click here to hear a sample from the CD whose artwork is shown in part below. You can buy this album from Amazon.co.uk or download here

De Vries's liner-note says 'Already at the age of three Dolf de Vries played his first melodies on piano. Still at an early age, with his inborn musical talent and enthusiasm for performing, he was discovered by professionals and learned “the trade”. The freelance pianist of several formations and conductor of many studio/radio/TV orchestras, developed and widened rapidly. Dolf de Vries became much wanted in “The Business”. Today, numerous top artists and orchestras play his arrangements. They ask him to be their pianist/conductor for concerts/performances and to be the producer during their CD/studio recordings.'

The Brooker biography (reproduced below) reads 'Gary started his career with Southed [sic]-on-Sea R&B band The Paramounts in 1963. In 1967 he began writing his own songs and formed Procol Harum, scoring a world-wide No1 hit with A Whiter Shade of Pale, followed by Homburg, A Salty Dog, Grand Hotel and Pandora’s Box. To this day he is still recording and touring with the band. As a solo artist Gary has had success with songs like No more Fear of Flying, amongst others, and he has been a regular performer with Eric Clapton, the [sic] Ringo’s All Starr Band and Bill Wyman’s Rhythm Kings. Every year he does charity concerts with his own all star rock bands No Stiletto Shoes and The Band du Lac.' 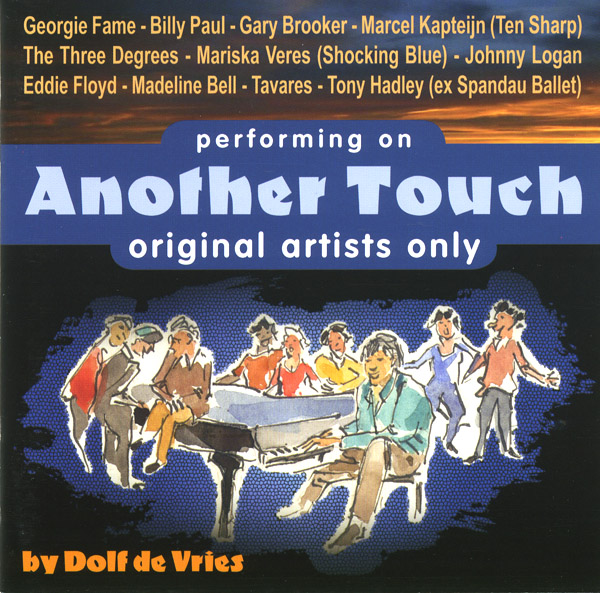 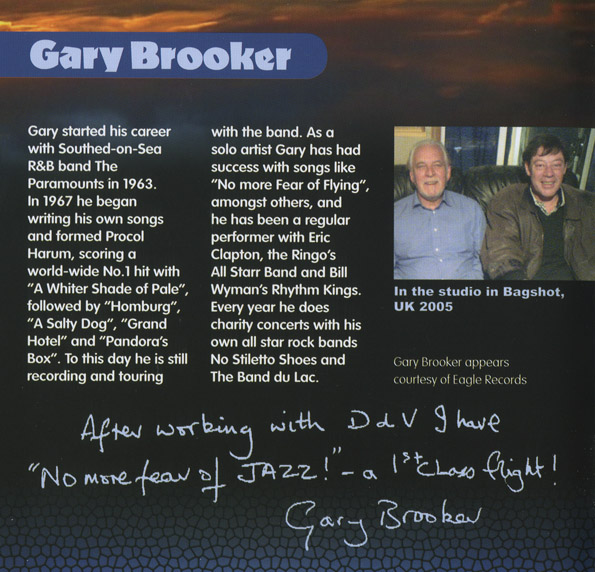 After working with DdV I have 'No more fear of JAZZ!' – a 1st class flight! Gary Brooker 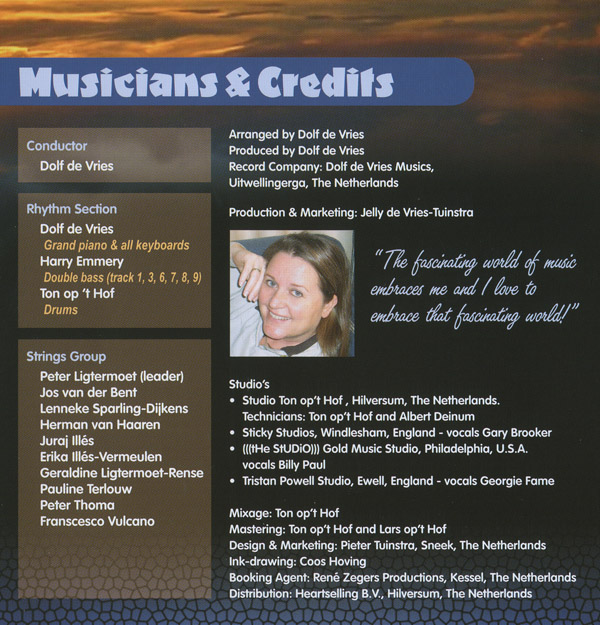 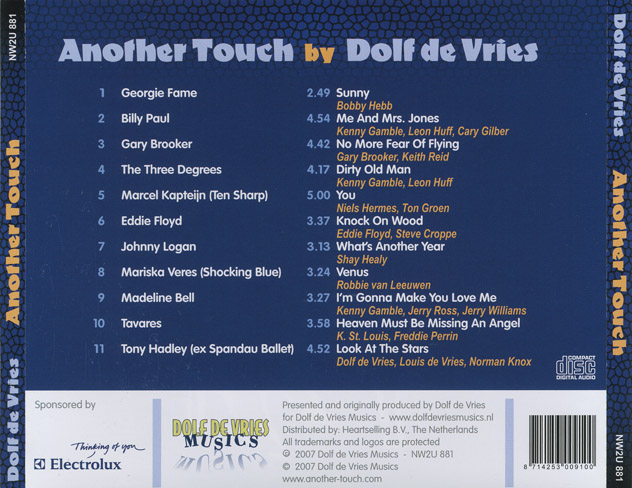 Gary Brooker's page at 'Beyond the Pale' | Buy this album from Amazon.co.uk or download here